A quick search on Google News or Google Trends will make you think Silicon Valley’s “bro culture” problem is a recent thing. Most of the news articles on this topic were published in the past 12 months. Public interest (reflected in the count of Google search of terms like “Silicon Valley bro culture” and “Silicon Valley sexism”) spiked in the middle of 2017 after systematic sexual harassment at Uber was exposed and, before we knew it, O’Reilly and Weinstein were called out. Soon the full-blown #MeToo movement was upon us.

But Silicon Valley wasn’t built last year; it has been around for half a century. Since when did the hoodie-wearing “brogrammers” of the Valley’s tech companies become an issue?

The short answer, by accounts of one of the greatest journalists of the 20th century, is since the very beginning of the Valley’s existence.

In a 1983 feature story on Intel co-founder Robert Noyce for Esquire magazine, Tom Wolfe, who passed away on Tuesday at 88, painted a fascinating picture of Silicon Valley’s early days and dived deep into the psyche of the man who created it.

Noyce is credited as the father of the semiconductor industry and nicknamed “the Mayor of Silicon Valley.” The son of a congregational minister in Grinnell, Iowa, Noyce grew up with limited means in a small town that valued integrity and hard work over money and social rank. In school, he was as talented with science (and other subjects) as he was pleasant socially.

In Wolfe’s words, “Bob Noyce projected what psychologists call the halo effect. People with the halo effect seem to know exactly what they’re doing and, moreover, make you want to admire them for it. They make you see the halos over their heads.”

In 1956, Noyce arrived in Palo Alto, California, at the age of 29, to be an engineer at Shockley Semiconductor Laboratory, a company founded by physicist William Shockley, who proposed the first theoretical framework of a solid-state semiconductor.

A year after arriving at Shockley, Noyce, along with seven fellow engineers, left to form their own company Fairchild Semiconductor—named after its Wall Street investor Sherman Fairchild—in Mountain View, which would subsequently become the birthplace of Google 41 years later.

But it was at Fairchild, where Silicon Valley took form.

The company culture at Fairchild was the 180-degree opposite of the hierarchical corporate rigidness typical of East Coast companies at the time, something Wolfe suggested had to do with Noyce’s upbringing in a small town in the Middle West. There were no reserved parking spaces for anyone. No office cubes or professional dress code, either. (In fact, formal outfits would be viewed as a social blunder at Noyce’s office.)

“Fairchild Semiconductor needed a strict operating structure, particularly in this period of rapid growth, but it did not need a social structure. In fact, nothing could be worse,” wrote Wolfe. “He rejected the idea of a social hierarchy at Fairchild.”

Fairchild’s profit soared in the 1960s. Inspired by its success, a number of Noyce’s employees decided to leave to start their own companies nearby and, by no accident, carried over the Fairchild culture they had learned.

“It was the Fairchildren who turned the Santa Clara Valley into the Silicon Valley,” Wolfe wrote. “Acre by acre the fruit trees were uprooted, and two-story Silicon Modern office buildings and factories went up… Children heard the phrase ‘Silicon Valley’ so often, they grew up thinking it was the name on the map.”

As for the work itself, though, it was a nightmare.

In Wolfe’s writing, engineers in their 20s and early 30s needed to work around the clock through lunches and weekends (even after their wives fell asleep at night) to keep up with the competition, and research was so intense that no one could sustain brainpower after the age of 35.

“Semiconductor research was one of those highly mathematical sciences, such as microbiology, in which, for reasons one could only guess at, the great flashes, the critical moments of inspiration, came mainly to those who were young, often to men in their 20s,” Wolfe explained.

And that work overload inevitably spilled over to their private life.

“It was not a great way of life for marriages,” Wolfe observed. “By the late 1960s the toll of divorces seemed to those in the business to be as great as that of NASA’s boomtowns, Cocoa Beach, Florida, and Clear Lake. Texas, where other young engineers were giving themselves over to a new technology as if it were a religious mission. The second time around the[y] tended to ‘intramarry.’ They married women who worked for Silicon Valley companies and who could comprehend and even learn to live with their 24-hour obsessions.”

That included Noyce himself.

“In 1974, Noyce wound up in a situation that to some seemed an all-too-typical mid-life in the Silicon Valley story. He and Betty, his wife of 21 years, were divorced, and the following year he ‘intramarried.’ Noyce, who was 47, married Intel’s personnel director, Ann Bowers, who was 37.”

In Wolfe’s 18,000-word feature, not a single main character is female, except for those wives and ex-wives in the backdrop of Silicon Valley’s great successes.

Wolfe’s 1983 feature explains a great deal about the origin of the challenges women engineers face in tech today.

Women’s mass entry into the workforce didn’t begin until the late 1960s. Female participation in the tech sector was even later. It goes without saying that women in Silicon Valley have been tackling problems like unequal pay and office sexism for way longer than the #MeToo movement has been going on.

Now, we also know that the root cause of these challenges has a much longer history. 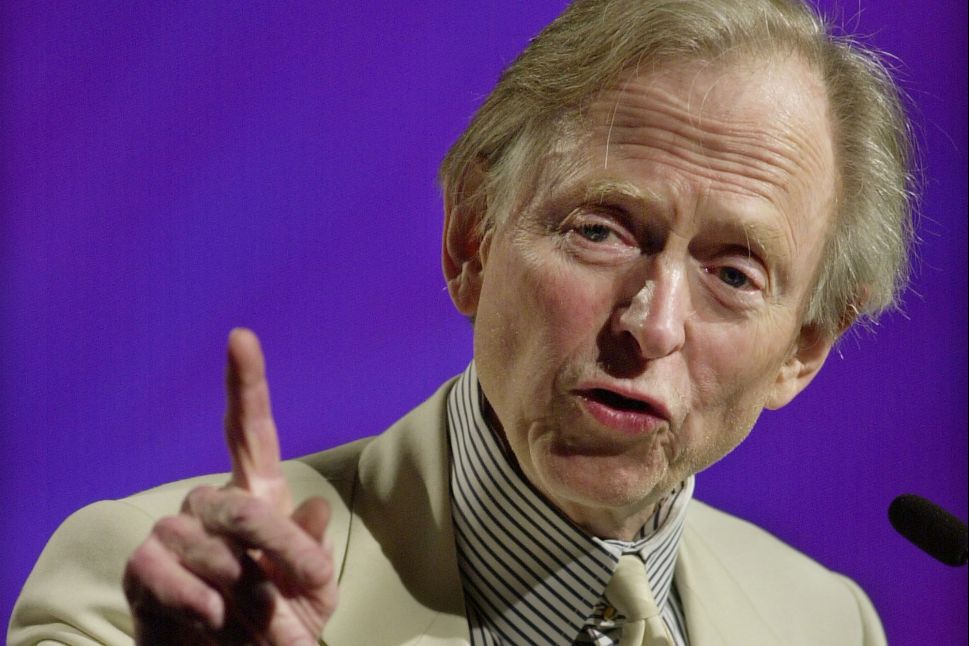