Last week the Trump administration announced the formation of an advisory council on AI and other tech issues. This committee was the culmination of the Artificial Intelligence for American Industry Summit, which brought together over 100 tech, science, government and business leaders.

“AI is quickly transforming American life and American business, improving how we diagnose and treat illnesses, grow our food, manufacture and deliver new products, manage our finances, power our homes and travel from point A to point B,” the final summit report concluded.

That much is undoubtedly true. As Observer has previously reported, AI is impacting just about every industry, from fashion to literature to environmental science.

But the people and agencies chosen to lead the White House’s AI mission are questionable picks at best.

Let’s start with Michael Kratsios, the deputy assistant to the president for technology policy. He says in the council’s report that the Trump White House will “leverage this technology for the betterment of our great nation.”

That would be easier to believe if Kratsios hadn’t graduated from Princeton with a degree in political science and Hellenic studies. So basically, tech is all Greek to him.

Kratsios’ path to the White House runs through venture capitalist Peter Thiel, one of the only Silicon Valley leaders who supported President Donald Trump during his campaign. Kratsios served as Chief of Staff at Thiel Capital before coming to Washington.

The membership of Trump’s Select Committee on Artificial Intelligence (or lack thereof) also raises many concerns.

According to a White House document, the council will advise the White House on AI priorities and partner with industry and academia on new projects.

The release boasts the committee will comprise “the most senior R&D officials in the federal government,” including officials from the White House Office of Science and Technology Policy (OSTP), the National Science Foundation (NSF) and the Defense Advanced Research Projects Agency (DARPA).

The National Science and Technology Council (NSTC) is supposed to provide oversight for these offices. Trump is an honorary co-chair of this group.

The problem is that most of the offices under NSTC’s umbrella don’t have leaders at the moment. Trump hasn’t appointed an executive director or fellow co-chair to the NSTC, and there’s also no director of the OSTP.

The NSF is currently led by Dr. France A. Córdova, a French astrophysicist and former chief scientist at NASA. Her credentials are impressive, but as The Next Web pointed out, she was appointed to the NSF by President Barack Obama.

Given Trump’s seeming distaste for anything Obama-related, it’s not clear he would even listen to Córdova’s ideas or concerns.

DARPA is one of the few agencies on the list with an experienced, Trump-appointed leader: Dr. Steven H. Walker, former deputy assistant secretary of science, technology and engineering for the Air Force.

But committee rules state that the NSTC has final authority over the panel. Given the dearth of actual scientists in charge, that means Trump alone is ultimately in charge of America’s AI policy.

Trump doesn’t have to suddenly become an AI expert, however. The White House is basically going to let the industry police itself, according to Kratsios.

“We didn’t roll out the red tape before Edison turned on the first light bulb,” he said at the summit. “We didn’t cut the lines before Alexander Graham Bell made the first telephone call. We didn’t regulate flight before the Wright Brothers took off at Kitty Hawk. And as those great inventions took decades to fully develop, artificial intelligence will too.”

This isn’t the first time Trump has taken a hands-off approach to tech and science. NASA didn’t have a permanent administrator for the first 15 months of his presidency.

Trump’s most recent budget also included a proposal to turn the International Space Station over to private companies like SpaceX. Because if you don’t control it, that means you don’t have to learn how it works.

Hopefully Trump will come to his senses and nominate experienced people for these important positions and committees. If he truly wants to make America great again, the country can’t be left behind in the race for AI supremacy. 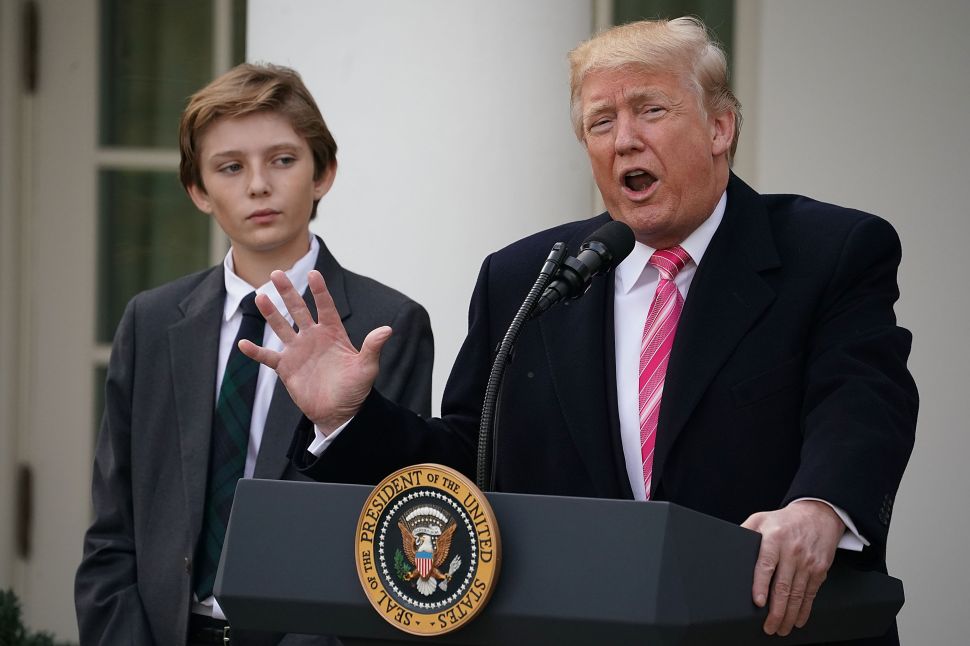