The pre-Nobel dance with North Korea was getting weird.

It wasn’t just the White House Communications Agency’s challenge coin showing the equal footing in “peace talks” with the likenesses of President Donald Trump and “Supreme Leader” Kim Jong-un, which was released as the once-planned June 12 meeting was very much in doubt.

It also wasn’t just our secretary of State’s comments on potential American investment in North Korea, which he gave in response to a question about hotel development—when U.S. citizens have been thrown into labor camps in the country when they’ve visited.

Nor was it just an American president offering a bloodthirsty dictator “protection” like a perverted twist on the Napoleon Dynamite pledge to secure supporters’ loyalty, or Trump’s memo to “Mr. Chairman” today calling off the summit while emoting a big case of the sads as he “felt a wonderful dialogue was building up” with the dictator. “Some day, I look very much forward to meeting you,” Trump wrote, adding that if Kim changes his mind, “please do not hesitate to call me or write.”

It’s how prescient Seth Rogen’s foreign policy prowess turned out to be.

The Interview, the 2014 film for which Rogen wrote the story, has sharp lessons on the pitfalls of salivating at the chance to go down in Wikipedia lore as being the dealmaker with North Korea, and about the smoke-and-mirrors of a dictatorship suddenly willing to bridge deep divides in the name of global acceptance.

The film sees Dave Skylark, a tabloid TV host played by James Franco, urging his producer Aaron Rappaport, played by Rogen, to gloss over the “death camp” and “destruction of America” stuff when he learns that Kim Jong-un, played by Randall Park, loves his show. Scoring a sit-down with the reclusive dictator, Skylark convinces Rappaport, would ensure that “everybody is gonna take you super-duper seriously.” Even after the North Koreans demand that all questions be decided by the supreme leader with non-negotiable terms and 24 hours to decide, the TV duo decides that the end justifies the means—after all, they reason, they’d land more presidential interviews by granting Kim a stage. “This is like eating our vegetables—once you do that, then you get to eat the steak,” Skylark rationalizes.

Skylark then declares on-air that he’d be “deeply honored” to sit down with Kim. That sounds familiar.

Once the host and producer land to runway fanfare in Pyongyang, they find a carefully crafted tableau intended to coax them into telling only the stories Kim wants to be told—kind of like real-life Kim inviting a select group of journalists, yet no weapons inspectors, this week to watch the purported, only symbolic dismantling of the Punggye-ri nuclear test site. After Skylark sees what looks to be a corner market laden with food, with a chubby kid holding a lollipop standing on the sidewalk, the TV personality decides that the North Korean propaganda denying famine and childhood malnourishment must be the truth after all.

But Kim knows Skylark is ultimately out for the interview’s marquee rewards, so it’s easy to get the host to disconnect from any moral center. Kim’s first gift to Skylark is a bronze bust in the TV talker’s image, and that launches the bromance. Kim shows Skylark his fleet of luxury cars and his tank, they sing Katy Perry together, bond over margaritas with tiny umbrellas, joyride in the tank, shoot hoops, and emote over their daddy issues and need to feel relevant. “They call me incompetent,” Kim whines, to which Skylark enthusiastically replies, “That’s exactly what they said about me!” Kim reassures the American that “people are jealous of men like you and me.”

After his best day ever with Kim, Skylark is replete with excuses as to why Kim should stay in power. “I can sympathize with people that get dumped on by the media,” he says—and if this dialogue is sidetracking you into the news section, reminder that we’re still talking about a fictional film. Skylark says of Kim that it’s “not his fault he was just born into a hard situation,” and lauds the dictator as “the one guy who gets me.” (Trump’s lament to real Kim today: “I felt like a wonderful dialogue was building up between you and me.”)

Rappaport tries to bring Skylark back to reality, reminding the narcissistic host that concentration camps and famine are worse—and, despite what Skylark’s new BFF says, are real. “Everything he showed you is fake,” the producer says. “He showed you what you wanted to see. He fooled you, you f**king idiot.”

When Kim declares angrily at a dinner with top officials that “to those who don’t respect me at home and abroad, I cannot respond with anything less than the totality of my strength,” Skylark starts to see his new pal’s dark side. He goes back to the grocery store and, in a strong statement about the mask of propaganda, sees it’s all for show with fake fruit and a fake backdrop showing overflowing aisles. He clutches faux grapefruit as he angrily hollers “liar” at a portrait of Kim.

Sensing his ally is slipping away, Kim presents “brother” Skylark with a puppy like the TV personality had when he was a boy—a real-life reminder that the regime researches a mark in advance to know which psy-ops may work. Trump said in The Art of the Deal that “the worst thing you can possibly do in a deal is seem desperate to make it,” so when he started declaring that “everyone thinks” he should get the Nobel and bragging about being The One to bring peace to the Korean Peninsula, the North promptly moved into hard-to-get mode, because they knew they could.

Before Skylark conducts his own psy-ops on Kim in The Interview, resulting in a televised dictator breakdown, Kim waxes about how he wants to forge a better relationship with the international community. In the scripted questions, he notes that the U.S. has a large nuclear stockpile and others have none and asks, “Does that feel hypocritical to you?”

Back in real life, let’s hope the script is dramatically different before Trump’s inevitable change of mind and any sort of agreement is made with a regime notorious for breaking deals. So far, Trump is reverting back to the my-button-is-bigger days: “You talk about your nuclear capabilities, but ours are so massive and powerful that I pray to God they will never have to be used,” he wrote today.

Ultimately, as a self-centered interviewer realized within the screen span of 112 minutes, this is about life-and-death issues. It’s about not just North Korea’s nuclear weapons program, but about the technology they slip to nefarious allies and customers. It’s about protecting the West Coast and all allies in between from attack. It’s about stopping airport assassinations carried out with weapons of mass destruction. It’s about justice for Otto Warmbier, the Kim regime’s other murder victims, and its 120,000 political prisoners—Trump gave a cringeworthy shout-out to Kim’s “beautiful gesture” of releasing three Americans today—and vowing that an economic deal or a Nobel quest won’t come at the expense of real lives. 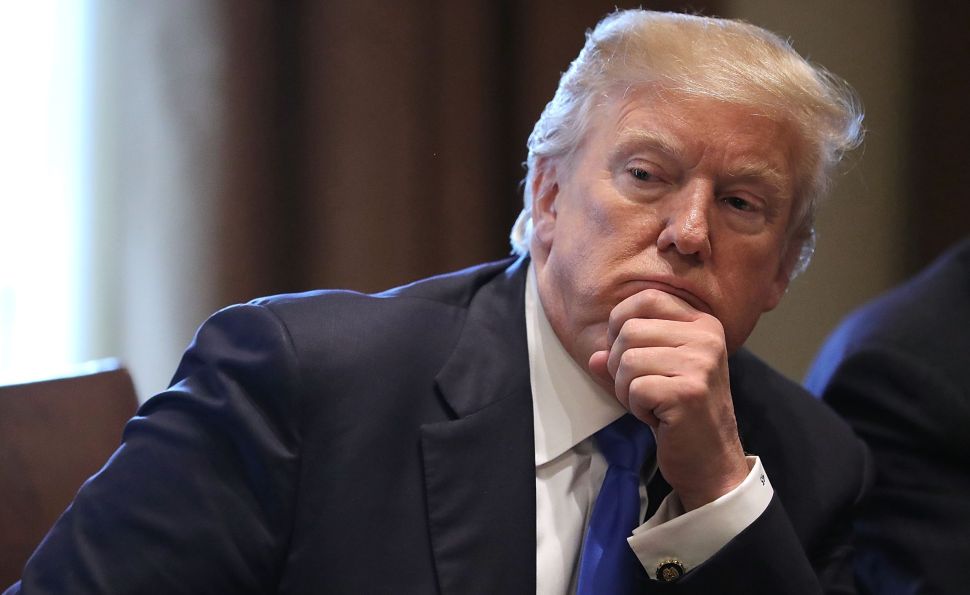