Indignant media elites and European toffs continue to scorn President Donald Trump’s decision to withdraw from the Joint Comprehensive Plan of Action (JCPOA), the official name of the “Iran nuclear deal,” but they are once again missing the big news: The Trump administration has launched another “maximum pressure” foreign policy operation, this time targeting the heinous religious dictators and Al Quds terrorists commanding the Iranian regime.

The phrase “maximum pressure” applies to both Team Trump’s JCPOA withdrawal and the administration’s North Korean denuclearization operation. In early 2017, the administration began using the term to describe the combined effect of its coordinated diplomatic, information, military and economic “elements of power” strategy on the Korean peninsula.

On May 9, White House spokeswoman Sarah Huckabee Sanders employed the term as a rhetorical weapon when she told the press corps:

We are 100 percent committed to making sure that Iran does not have nuclear weapons… We’re going to continue to put maximum pressure, enormous sanctions on them [the Iranian regime]. All of the sanctions that were in place before the deal [i.e., Obama’s Joint Comprehensive Plan of Action] are back in place and we are preparing to add additional sanctions that may come as early as next week.

“Maximum pressure” serves notice. Team Trump intends to eliminate Tehran’s nuclear weapons program. They have declared political and economic war on the ayatollah regime at a moment when it is politically and economically vulnerable—and the ayatollahs know it.

On that day, demonstrators in Tehran braved the secret police and Revolutionary Guards and protested the fraudulent June 12 presidential election. By June 15, election protests had spread throughout Iran.

The election wasn’t the only issue. Many protestors also demanded that the ayatollah dictatorship respect civil liberties.

President Barack Obama was demonstrably slow to support these protests—later known as the Green Movement—and when he provided support, it was cautious and restrained. After all, when he assumed office in January 2009, proposing negotiations with the Iranian dictatorship without any preconditions was one of his foreign policy initiatives.

In 2010, the Iranian regime brutally suppressed the Green Movement.

However, the quiet gripes and grim faces, the bitter jokes about robes and beards and theft, and the internet complaints of food prices—all tell-tale signs of deep dissatisfaction with the regime—never disappeared.

In 2011, Iran increased its support for Shia rebels in Yemen, a Saudi Arabia neighbor. By 2015, Iran and Saudi Arabia were fighting a proxy war in Yemen.

Around the same time, a plunge in oil prices slammed every OPEC nation, and Iran in particular. The Saudis wouldn’t prop up oil’s price because low prices hindered Iran’s war effort.

As a result, in 2015, the ayatollahs faced increasing domestic opposition, corruption and crimped finances.

Then came Obama’s JCPOA. The agreement immediately rewarded the ayatollahs with billions of dollars in cash and sanctions relief. Follow the timeline and it appears the Iranian regime received significant cash before agreeing to retard—not eliminate—its nuclear weapons development program.

Today, some critics of the JCPOA argue the deal’s huge cash infusion may have saved the regime. That’s an unknowable historical “what if,” but here’s what we know for sure: Obama’s deal did not require that Iran end its nuclear weapons program. He and then-Secretary of State John Kerry claimed delay was the “best deal” they could get. In exchange for mere delay, they enriched an odious regime.

No wonder candidate Donald Trump, speaking at a rally in September 2015, denounced the JCPOA, declaring, “Never ever ever in my life have I seen any transaction so incompetently negotiated as our deal with Iran.”

To Trump, the deal looked like appeasement, not negotiation.

By the end of 2016, evidence appeared indicating the regime had not spent the bulk of the JCPOA cash on investments and economic revitalization that benefited the Iranian people. Instead, the regime blew up a slug of Obama’s gift waging war in Syria, Yemen and Lebanon and on covert operations worldwide.

In his withdrawal announcement on May 8, Trump noted:

In the years since the deal was reached, Iran’s military budget has grown by almost 40 percent—while its economy is doing very badly. After the sanctions were lifted, the dictatorship used its new funds to build its nuclear-capable missiles, support terrorism, and cause havoc throughout the Middle East and beyond.

The regime thinks terror attacks are a perfectly dandy covert operation. In 1984, the U.S. State Department placed Iran on its list of proven state sponsors of terror. It remained there while the Obama administration negotiated the JCPOA and is still on the list.

On April 17, three weeks before the Trump administration withdrew from the JCPOA, the House Homeland Security Subcommittee on Counterterrorism and Intelligence held a hearing that addressed Iran’s global terrorism and crime networks.

A committee member posed a critical question: Do these Iranian activities present a direct physical threat to the U.S.? A witness reminded the subcommittee that in 2011 an Iranian operative was arrested before he could assassinate a Saudi diplomat in a Washington, D.C. restaurant. The Iranian operative intended to murder the Saudi official using a large bomb that would have destroyed the restaurant and no doubt killed several dozen people in the building and on the street.

As this hearing made apparent, the JCPOA’s failure to penalize the Iranian regime’s troublemaking is its most serious structural defect. The regime’s direct connections to terrorism and organized crime indicate that when JCPOA restrictions end, Iran’s insatiable appetite for violence will inevitably lead it to seek and obtain nuclear weapons. Further, its connections to organized crime and terrorism speak to the regime’s corrupt nature and seed doubt about its ability to fulfill any agreement, much less one designed to slow its acquisition of nuclear weapons.

The December demonstrators had numerous objections, with rising prices a common criticism. But they were also disenchanted with the regime’s various wars and interventions. In several cities, demonstrators publicly objected to the ayatollahs’ wars in Yemen and Syria. In the city of Mashad, demonstrators chanted “not Gaza, not Lebanon, my life for Iran.” In Gaza, Iran supplies Hamas with weapons and money, and it does the same for Hezbollah in Lebanon. The chant indicates the demonstrators are Iranian nationalists willing to fight to defend Iran, but they oppose the clerical dictatorship’s endless and costly wars.

That gripe challenges the regime’s core ideology. If public domestic opposition to the dictatorship’s revolutionary wars spreads, maximum pressure could shake the regime sooner rather than later.

Shake is one thing, but topple is another. As Trump said in his withdrawal statement, if Tehran wants to discuss a new agreement, “I am ready, willing, and able.” Trump’s willingness to negotiate a new agreement indicates he doesn’t intend to topple the dictatorship, but should the Iranian people overthrow the mullahs, Team Trump would consider that result a maximum pressure feature—not a glitch.

Obama gave minimal support to the ayatollah regime’s domestic political opponents, but Iranian democrats now have friends in the White House. Washington Free Beacon recently reported that White House National Security Council officials are circulating a short “white paper” that “…offers a strategy by which the Trump administration can actively work to assist an already aggravated Iranian public topple the hardline ruling regime through a democratization strategy that focuses on driving a deeper wedge between the Iranian people and the ruling regime.”

Perhaps the report is psychological warfare. American aid to regime opponents, however, is a maximum pressure option and one jittery ayatollahs cannot dismiss.

China and Russia can offer the regime temporary solace, but neither are willing to give the troubled regime an economic umbilical cord.

Trump knows that in terms of power—hard, soft, kinetic, non-kinetic, get-it-done maximum pressure power—America is earth’s 800-pound gorilla. The America has reliable, powerful allies. Unlike the Obama administration, the Trump administration will use that power to deny the ayatollahs nuclear weapons—and not apologize for doing so.

He said as much in the withdrawal announcement: “The United States no longer makes empty threats. When I make promises, I keep them.”

Austin Bay is a contributing editor at StrategyPage.com and adjunct professor at the University of Texas in Austin. 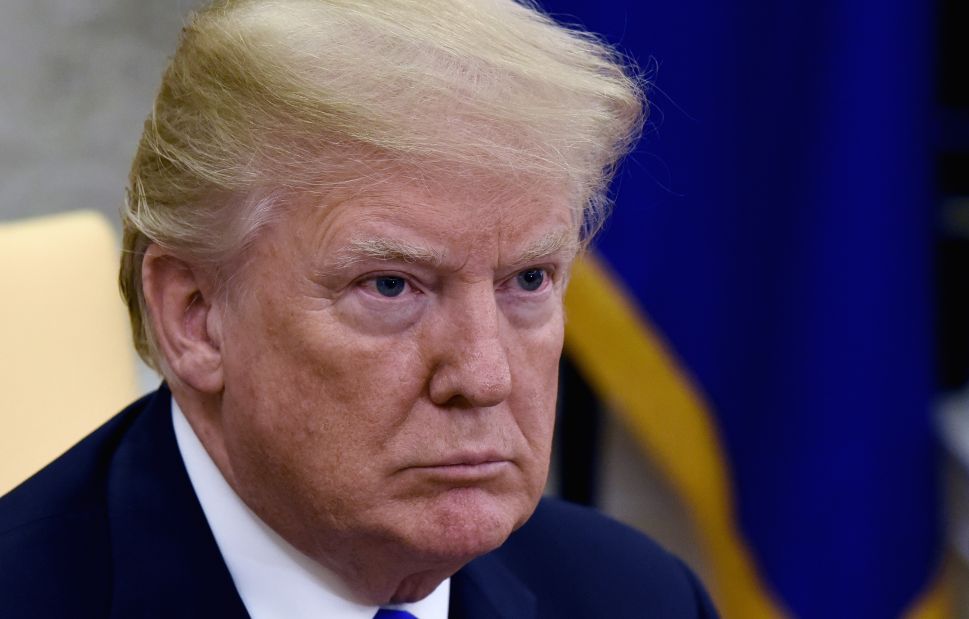