Some people choose to see the ugliness in this world. The disarray. We choose to see the spoilers—through season two, episode two of Westworld—contained in this post. Is it order and purpose you’re looking for? Head here to explore Observer’s latest Westworld news, theories and analyses.

HBO’s Westworld is as much of a success due to its intricate plot, ambitious scope and quality acting as its stellar musical score. From the eerily off-putting remixes of popular contemporary songs such as Kanye West’s “Runaway” and Nirvana’s “Heart-Shaped Box” to the organic background tunes, Westworld has mastered music as a major component of its vibe and tone.

But how do the powers that be decide which recent tracks get the Westworld treatment and what kind of music is tailored to a specific moment?

In our quest for knowledge, we sought out Ramin Djawadi, the composer for Westworld and HBO’s fellow gigantic hit Game of Thrones (not a bad one-two to have on the resume, eh?). He helped walk us through the musical process that brings to life the emotion of Westworld.

Simply put, it’s a total collaboration with [creators/showrunners Jonathan Nolan and Lisa Joy]. We watch all the episodes together. We talk about every single scene in detail. We talk melodies, sounds, they’re very, very involved and they have a great vision of what the sound for the show should be like. That’s how it’s been since the inception of the show. I started writing on season one even just based on scripts and just conversations with them and while they were shooting.

Is that normal for you to start working on the music before you’ve seen the show?

No, usually not. I normally come into the process once there is picture available, and I actually get to see something but every once in a while I start before and this, it was the case where I just… Jonah and I had worked together on Person of Interest, so we had a working relationship. So when Westworld started up, he really got me in there early and so I would write the music and send it to him on set, and he would just listen on breaks and get inspired. So that’s how we started on this one.

Music can tell the audience what to feel in a given moment. In your opinion, what else on Westworld does the music accomplish?

I think stylistically we have this duality between the theme park elements and the emotional elements and the synthetic robots elements. I don’t think I’ve ever had as, what’s the word, as opposite on each side where you kind of have to capture both the human element and the robotic element, I guess. Overall, the music needs to capture that.

How did you represent that separation?

For example, when we’re within the control rooms of it all, there it gets very electronic or when it really is with the robots, it can get very electronic and almost no organic instruments. But then on the other hand, when we’re outside in the theme park of it all, then it goes the opposite direction. Now, in season two that kind of has to develop further as the story, now I’m told, now we’re… I guess this crossover is happening where the robots become more conscious of things, and now there is the interesting development that I’ll also have to follow with the music of course.

Can you tell me a little bit about the Game of Thrones live concert you’re working on?

We’re very excited about it. We’ve worked on it for a long time, several years, and we did a U.S. tour last year that was very well received, and now we’re very excited to take it to Europe and then again another U.S. tour later this year as well. It’s very exciting and I was actually able to change up the show a little bit now that the first tour was only season one through six available to us. But then in the meantime, I finished season seven, so of course I updated the show now and added material from season seven into it.

How do you think that changes the vibe of the show now that the most recent material is included?

I think it’s just a great summary of the show, and it’s really supposed to get fans excited for the upcoming season so it will be current. And really after you’ve watched the live show, it will leave you with the same cliffhanger that season seven did and just get you pumped for season eight.

What’s the major difference between composing music for Westworld and Game of Thrones, two of arguably the biggest shows on television?

In Game of Thrones, piano is non-existent except that one piece in season six, whereas in Westworld, the player piano is a key element of the show. So right there, the basis of it all, is already very different and of course synthesizers, there’s very few in Game of Thrones even though I do use some of them. They’re not as prominent as in Westworld so the basis of it all is just being able to go into completely different directions. 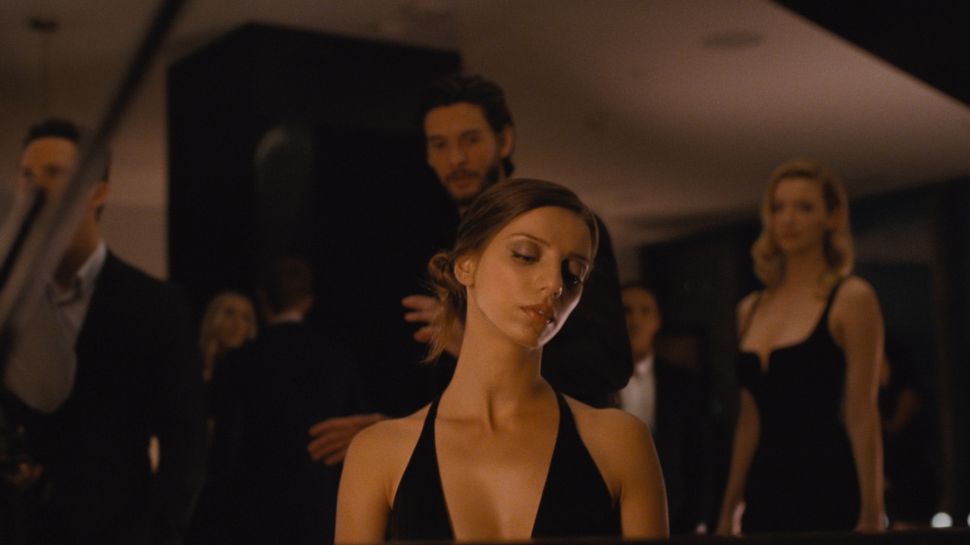