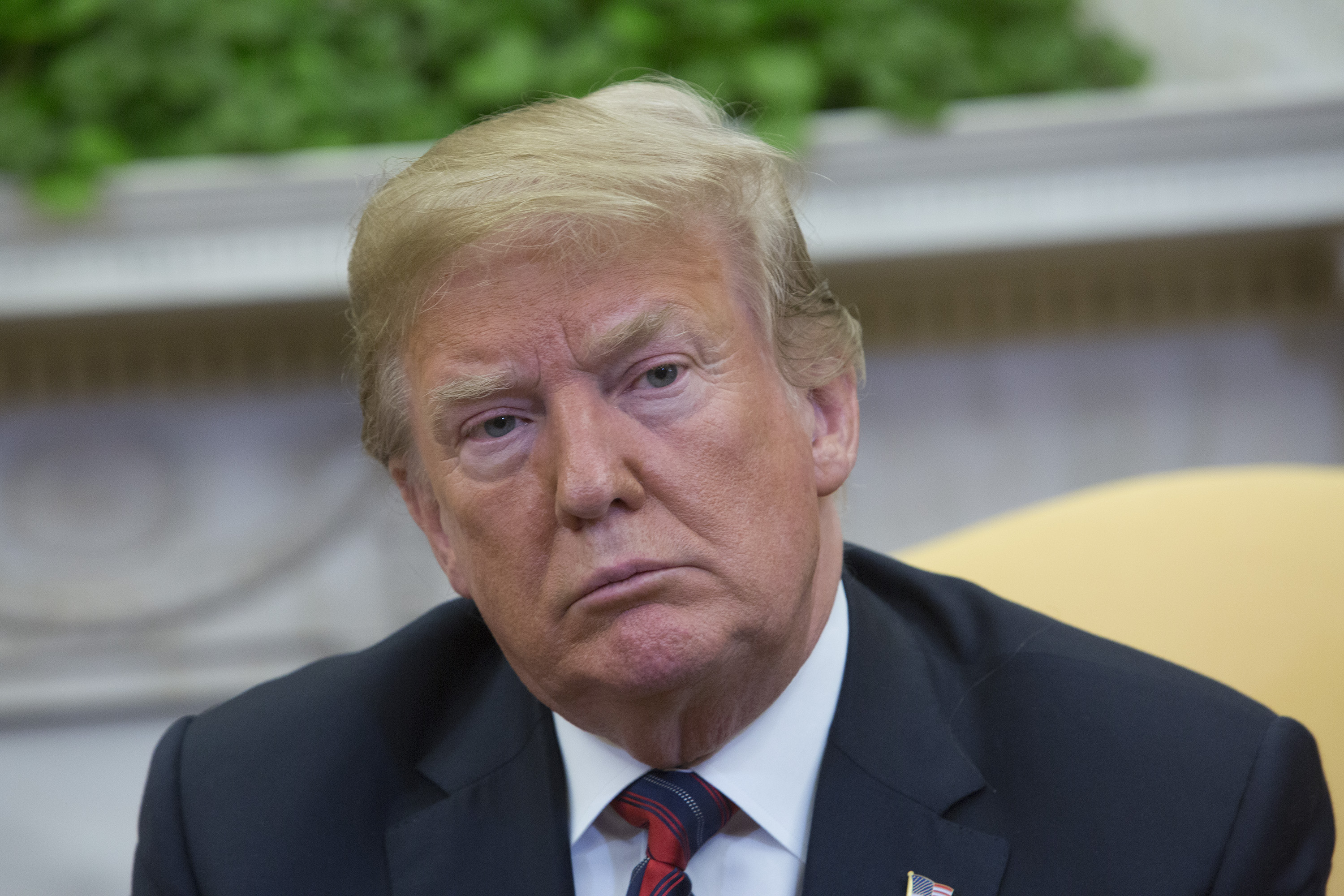 No story is hotter across America this Memorial Day weekend than what the Federal Bureau of Investigation did—and did not do—in 2016 about Russian connections to Donald J. Trump. As the summer enjoys its unofficial kickoff, headlines and social media are overflowing with accusations, of varying degrees of veracity, regarding FBI counterintelligence operations around President Trump two years ago, as he was campaigning to take the White House.

Of late, the president has taken to Twitter even more manically than usual, hurling invective at the FBI for its alleged illegalities toward him and his entourage. Over the weekend, “executive time” has birthed batches of presidential rage-tweets about the alleged “Spygate,” complete with Trump’s trademark unusual capitalizations and quotations. “With Spies, or ‘Informants’ as the Democrats like to call them because it sounds less sinister (but it’s not), all over my campaign, even from a very early date, why didn’t the crooked highest levels of the FBI or ‘Justice’ contact me to tell me of the phony Russia problem?” the president asked on Saturday, adding that “This whole Russia Probe is Rigged.” Trump piled on three more angry tweets on Sunday, including the bizarre question, “Who’s going to give back the young and beautiful lives (and others) that have been devastated and destroyed by the phony Russia Collusion Witch Hunt?”

Although it’s now evident that in mid-2016 the FBI used one or more informants to sniff around the Trump campaign, inquiring discreetly about connections to the Kremlin—a major concern for the Bureau when people with documented and troubling ties to Russia and its spy agencies like Carter Page and Michael Flynn appeared in Trump’s orbit—there was nothing untoward or disturbing about this. This is the FBI’s standard operating procedure in counterintelligence cases. Although Trump and his defenders have frequently stated that employing informants was illegal and scandalously inappropriate, that’s just one more Trumpian falsehood.

That particular lie was blown apart this weekend by Democratic Representative Adam Schiff, who has led the minority on the House Intelligence Committee in its doomed investigative efforts over the last year to get to the bottom of Trump’s Kremlin ties. These have been systematically stymied by that committee’s obstructionist and highly partisan Republican majority. “There is no evidence to support that spy theory,” Schiff stated, adding, “This is just … a piece of propaganda the president wants to put out and repeat.”

Senator Marco Rubio, a Republican, was equally blunt in his weekend comments on “Spygate,” explaining in an acid-etched interview that he has seen “no evidence” that the FBI spied on the Trump campaign. Since Rubio sits on the Senate Intelligence Committee, which is less plagued by partisanship than its House counterpart, his comments deserve an airing. “What I have seen is evidence that they were investigating individuals with a history of links to Russia that were concerning,” Rubio explained, continuing, “It appears that there was an investigation not of the campaign, but of certain individuals who have a history that we should be suspicious of, that predate the presidential campaign of 2015, 2016. And when individuals like that are in the orbit of a major political campaign in America, the FBI, who is in charge of counterintelligence investigations, should look at people like that.”

Trump’s aggressive propaganda against any public airing of his secret Kremlin ties has taken many mendacious forms since his inauguration. In early 2017, the president claimed that he had been “wiretapped.” When that lie (which, coincidentally or not, was of Russian origin) fell apart, he tried out the accusation that members of his campaign had been improperly “unmasked” in top-secret intelligence documents. That lie likewise withered away under its own dishonesty, so now the White House insists it was “spied” on illegally by the FBI. This noxious myth is slowly dying as well outside the feverish swamps of Trump bitter-enders—as it deserves to.

Nevertheless, the question lingers about what motivated the FBI to investigate connections between the Trump campaign and Moscow—for the Bureau, a highly sensitive matter given its proximity to partisan politics. For months, the White House, including President Trump himself, insisted that a private dossier complied by Christopher Steele, a former British intelligence officer, was the real origin of the inquiry. That is simply not true. Trumpian suspicion has also fallen on a drunken conversation in June 2016 between George Papadopoulos, a campaign adviser, and the Australian ambassador to London. The FBI did indeed get wind of that boozy chat and was troubled by Papadopoulos’ claim that Moscow had dirt on Hillary Clinton from her hacked emails—but that shocking assertion wasn’t actually news to the Bureau.

Determining when “Spygate” started has become a parlor game among Trump’s increasingly panicky fanbase, not to mention a welcome distraction from the truth, which asserts that there was a political “witch hunt” (to use the presidentially preferred term) led by the Obama White House, using the FBI as its proxy, to attack the Trump campaign. Its most polished telling comes from Andrew McCarthy, who mendaciously explained that the Department of Justice needs to reveal the evidence that got the FBI’s counterintelligence investigation of candidate Trump going. Since McCarthy is a former DoJ prosecutor who worked national security cases, he knows that his former employer isn’t going to reveal such highly classified information. Here we have yet another Trumpian shell game-cum-deception.

Given his background, McCarthy is surely aware that a high percentage of counterintelligence inquiries begin with signals intelligence (SIGINT), in other words an electronic intercept (or several) which sparks FBI interest. Wanting to know more, Bureau agents start digging—doing research, thumbing through intelligence reports, asking judges for wiretaps, dispatching informants to get information—in other words, all the things which the FBI actually did in 2016, as it tried to understand why so many Trump associates were so chummy and chatty with Kremlin officials. It bears noting that the most successful counterintelligence operation in American history worked just like this, with bombshell SIGINT reports leading to close collaboration between the National Security Agency and the FBI to slowly, carefully unmask Kremlin spies in the United States.

I know something about how that plays out in practice, since I worked for NSA both as a civilian analyst and as a military officer, and I was technical director of NSA’s biggest operational division. I also worked extensively in counterintelligence, including collaboration with the FBI in cases just like what unfolded, in secret, in 2016 around candidate Trump. Therefore, I speak of the intersection of SIGINT and counterintelligence from the vantage point of what my friend Tom Nichols might call an expert.

Let me put my cards on the table: The counterintelligence investigation of Donald Trump was kicked off by not one, not two, but multiple SIGINT reports which set off alarm bells inside our Intelligence Community. This has been publicly known, in a general way, for some time. A little over a year ago, the Guardian reported, based on multiple intelligence sources, that the lead was taken by Government Communications Headquarters (GCHQ – Britain’s NSA), which “first became aware in late 2015 of suspicious ‘interactions’ between figures connected to Trump and known or suspected Russian agents, a source close to UK intelligence said. This intelligence was passed to the U.S. as part of a routine exchange of information.”

NSA isn’t just the world’s most powerful intelligence agency, it’s the hub of the whole Western spy system. In late 2015, based on GCHQ reports, the word went out to NSA’s close friends and partners to be on the lookout for any intercepts touching on Russian efforts to infiltrate the Trump campaign. They found plenty. As the Guardian explained, in the first half of 2016, as Trump’s presidential bid gained unexpected steam, Australia, Germany, Estonia, and Poland all had SIGINT hits that indicated a troubling relationship between Trump and Moscow. So, too, did the French and the Dutch—the latter being an especially savvy SIGINT partner of NSA’s.

As the Guardian tactfully phrased the matter, “GCHQ was at no point carrying out a targeted operation against Trump or his team or proactively seeking information. The alleged conversations were picked up by chance as part of routine surveillance of Russian intelligence assets. Over several months, different agencies targeting the same people began to see a pattern of connections that were flagged to intelligence officials in the U.S.” In other words, Western intelligence agencies that were eavesdropping on the Kremlin and its spies—not Trump or any of his retinue—heard numerous conversations about Trump and his secret Russian connections. As I’ve told you previously, senior Kremlin officials got very chatty about Trump beginning in late 2014, on the heels of his infamous Moscow trip, and NSA knew about this.

In truth, NSA understood quite a bit about Trump’s connections to Moscow, and by mid-2016 it had increased its efforts to get to the bottom of the mystery regarding the candidate’s Russian ties. In response to urgent FBI requests for more information, NSA rose to the occasion, and by the time that Donald Trump officially accepted the Republican nomination in mid-July 2016, “We knew we had a Russian agent on our hands,” as a senior NSA official put it to me recently.

The official went on: “We had several reports in late 2015 and early 2016, mostly from Second and Third Party”—that being spy-speak for NSA’s foreign friends—“but by the spring of 2016 we had plenty of our own collection.” These reports, based on multiple intercepts, were tightly compartmented, that is, restricted to a small group of counterintelligence officials, given their obvious sensitivity, but they painted an indelible picture of a compromised GOP nominee. “The Kremlin talked about Trump like he was their boy, and their comments weren’t always flattering.” The NSA official stated that those above-top-secret reports left no doubt that the Russians were subverting our democracy in 2016—and that Team Trump was a witting participant in the Kremlin’s criminal conspiracy: “Trump and his kids knew what they were doing, and who they were doing it with,” the official explained.

This information helps explain why James Clapper, our country’s most experienced spy-boss, recently amplified his previous statement that our president was Vladimir Putin’s “asset” by explaining that he has “no doubt” that Russian spies “swung the election to a Trump win.” This weekend, Clapper stated that he was “absolutely” unaware of the FBI’s use of informants to gain information about the Trump campaign in 2016. Tellingly, Clapper said nothing about top-secret-plus intelligence which might have spurred the Bureau to rustle up some informants in this case—and, like any veteran spook with a half-century in the spy business, Clapper isn’t likely to blab about high-grade SIGINT anytime soon, particularly when it implicates the president in espionage and worse. 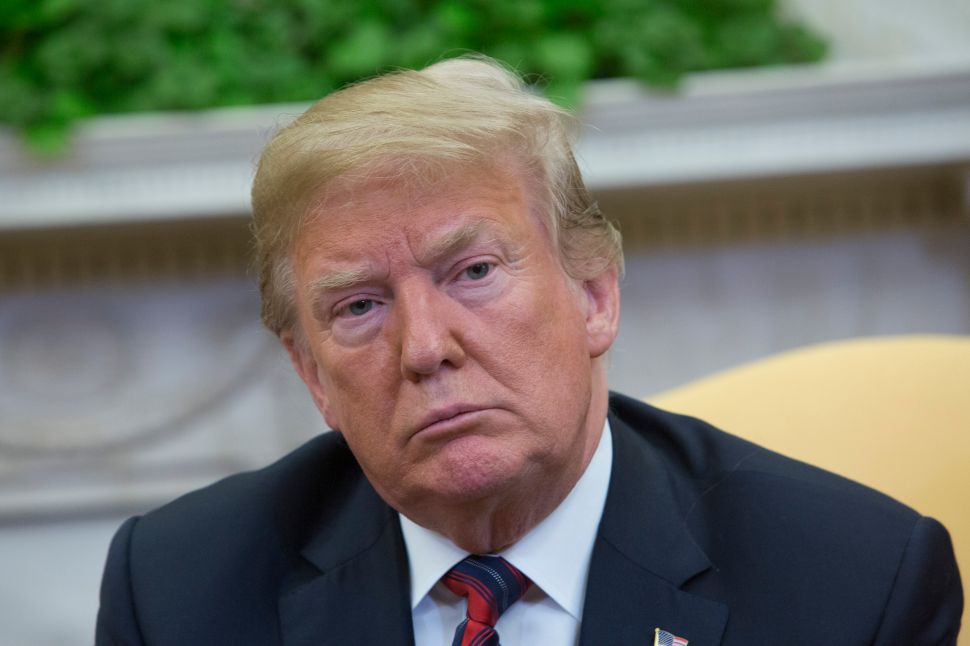