Alec Baldwin may not be satisfied merely playing the President of the United States on Saturday Night Live; instead, he may actually want the real job for himself.

On Monday, Baldwin—who won an Emmy last year for his portrayal of Donald Trump on SNL—told Howard Stern that he could beat the current Commander in Chief if he decided to run for the top office in 2020.

Should we add Baldwin’s name to the growing list of celebrities tied to the White House? Dwayne “The Rock” Johnson and Oprah Winfrey could use some company.

While discussing the 2020 election, Baldwin said he “can only think of a couple people who I think could beat Trump.”

Stern replied, “I’ve got a name for you: Alec Baldwin.”

Never short on confidence, Baldwin responded: “If I ran, I would win… Hands down, I would win. It would be the funniest, most exciting, most crazy campaign.”

Baldwin has long been vocal about his political opinions and has never been shy when it comes to criticizing Trump.

Agony though it may be, I’d like to hang in there for the impeachment hearings, the resignation speech, the farewell helicopter ride to Mara-A-Lago. You know. The Good Stuff. That we’ve all been waiting for.

And Mr President…
please ask your wife to stop calling me for SNL tickets.
(Hey, Melania…we’ve got Charles Barkley this Saturday!)

The Democratic actor may have, at first, been joking when the subject came up, but as the conversation continued, he reflected on the current political landscape.

“I’m only saying [I would run] because people don’t really have a sense of who’s going to come up [on the Democrats’ side],” Baldwin explained. “Somebody great’s going to come up, I hope. But the only reason I say that is because I’d love to run for that kind of position, to have things be very common sense. There’s so many things this country needs to do that are so obvious.”

In addition to SNL, Baldwin is currently the host of ABC’s summer game show Match Game! 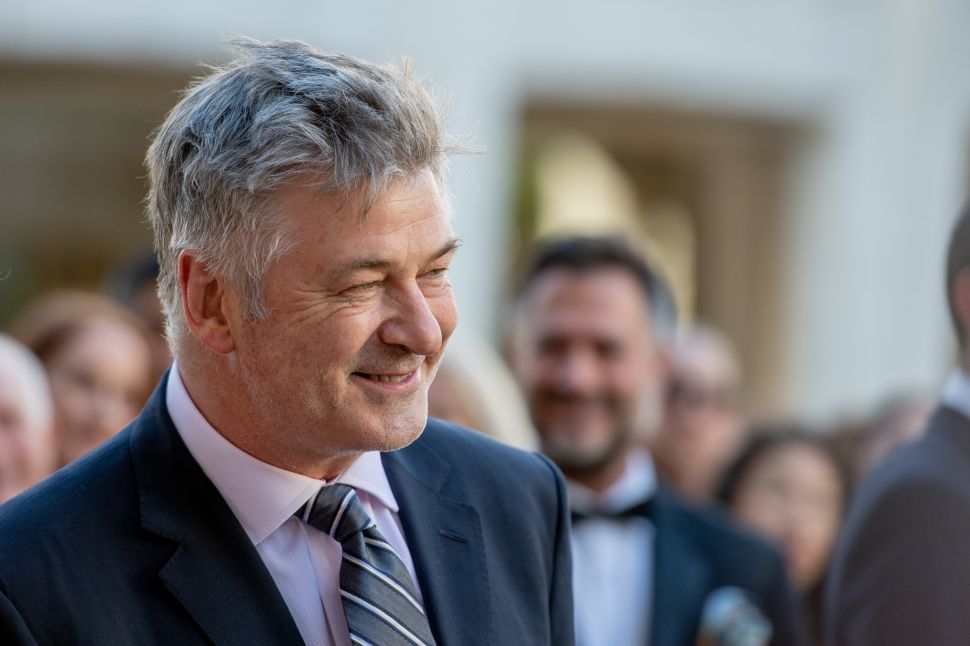