Underneath psychedelic strobes inside LAVO nightclub, conservative queen Ann Coulter buzzed past rap star Waka Flocka Flame, a reporter for Gateway Pundit who trafficked conspiracy theories about the Parkland shooting survivors attached to her like a purse.

“You look like a reporter for the Observer,” Coulter said to me with a smile, her pastel evening dress turning neon.

“What is your favorite Waka Flocka song?” I asked to no avail, as she seemed unfamiliar with such classics as “Trap My Ass Off” and “Bussin.”

This eclectic carnival was gathered for Cornell’s Icon and Innovator Awards afterparty hosted by the Cornell Historical Society and HotelPlanner.com—the latter of which generously offered to pay for North Korean dictator Kim Jung-un’s accommodations during the Singapore summit next week with President Trump.

“I hate to see the summit delayed, postponed or derailed because North Korea cannot afford a room for Kim Jong-un,” said HotelPlanner.com’s CEO Tim Hentschel in a statement.

Tickets for the awards dinner, honoring Hentschel and Marriott CEO Arne Sorenson, started at $2,000 a plate, but LAVO was where the real power gathered at the invitation of a PR guru representing right-wing media personalities.

One partygoer boasted to me—in true Trumpian form—of working for the “largest communications company in the world.” Another casually mentioned campaigning for Ted Cruz.

Across the room, Waka Flocka downed Hennessy and took selfies with Cornell grads. I reminded him of the one time I pulled thread out of my eye-socket as a magic trick during an interview in 2015. He seemed to recognize me, which was nice in a shallow sort of way.

Between shots, Waka Flocka boasted about pornographic videos, telling the only woman around that she was banned from the conversation.

“R. Kelly!” Waka Flocka exclaimed, immediately clarifying that he has a teenage daughter and does not condone underage sex—but admired R. Kelly’s ability to persuade women into such situations.

Although Coulter (a graduate of Cornell herself) agreed to freewheel between Upper East Side bars with Levine, she left with the Gateway Pundit reporter. Presumably wanting the conservative queen to himself, the lad ignored text messages asking their whereabouts.

As Waka Flocka belted onstage “I’m a wild boy,” a partygoer deposited his Hennessy-to-go on the sidewalk.

Not everyone can ride with titans. 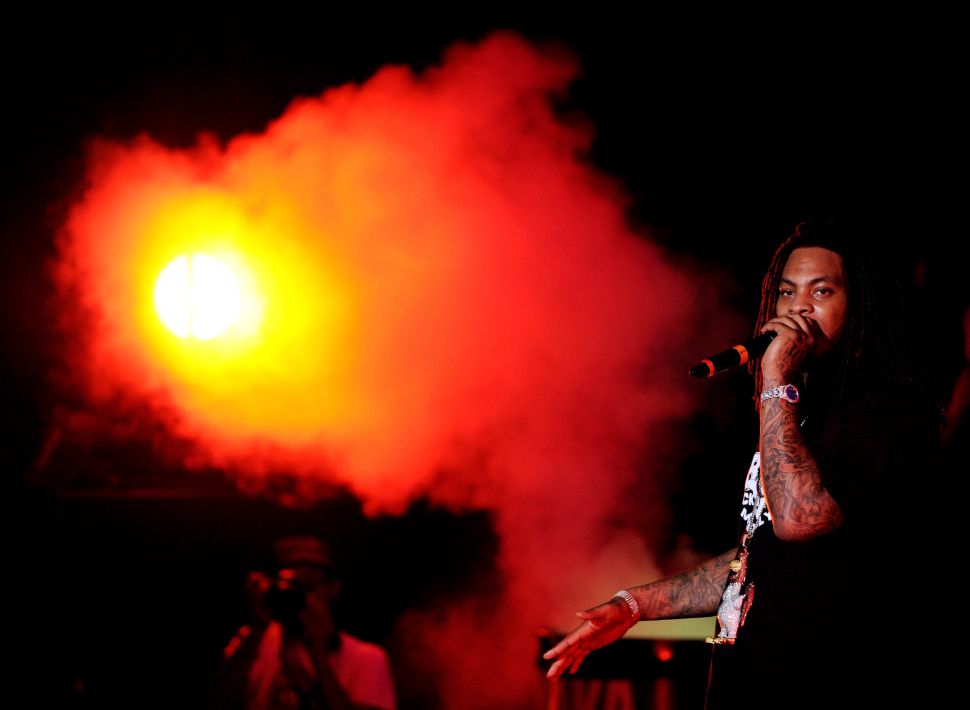