In a video Manning provided to The Intercept, officers with the police department in Montgomery County, Maryland entered her residence wielding firearms and tasers.

“This is what a police state looks like,” Manning, who was not home at the time of the disruption, told the outlet. “Guns drawn during a ‘wellness’ check.”

Manning is said to suffer from post traumatic stress disorder (PTSD) after years in prison and repeated stints in solitary confinement for leaking classified military documents to Wikileaks. The whistleblower attempted suicide twice while serving her sentence.

Welfare checks are conducted by police officers. Mental health experts, however, argue that police should not be dispatched to those contemplating suicide, as they often aggravate already precarious situations. A police expert told The Intercept that welfare checks like the one executed at Manning’s residence are common with law enforcement, with a Maryland police captain adding that officers don’t know what “circumstances they are entering when they enter a home.”

“This is what a police state looks like,” Chelsea Manning said. “Guns drawn during a ‘wellness’ check.” https://t.co/FWWBzR27BO pic.twitter.com/YWvVq6f7fQ

Manning announced her candidacy for Maryland Senate in January.

In her since-deleted tweets from last week, Manning posted a picture that appeared to be her standing on the ledge of a building with the caption “im sorry.” Shortly after, a friend posted from her account that she was safe.

** chelsea is recovering and in the company of friends. we thank everyone for their well-wishes and support.

if you or someone you know is in crisis, these orgs can help: 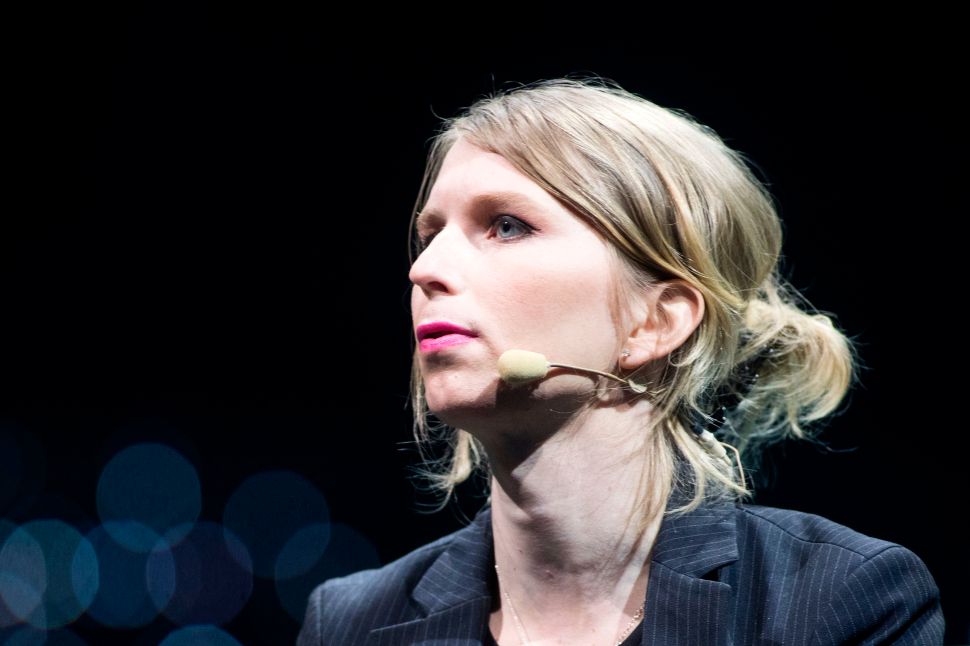