The Bachelor and Bachelorette have a long history of creating the most inventive job titles for the show’s contestants (“jumbotron operator,” “chicken enthusiast,” “Ames”)—but if you’ve ever wondered what the contestants actually do when they’re not competing for roses and sponsored content deals, look to LinkedIn.

There, former contenders can’t promote SugarBearHair gummies or Diff Eyewear; no, like the rest of us, they have to represent themselves as hard-working professionals, complete with business-casual headshots that don’t allow for obvious Photoshopping via Facetune. They have to be the kinda-normal people who once had jobs, then worked out a ton and drank margaritas made by Jorge/Wells, before returning, roundly defeated, to the job market.

So we took a dive into LinkedIn to uncover the best profiles from Bachelor Nation, from Nick Viall’s highly professional (but not recently updated) executive gig, to DeMario Jackson’s unnecessary use of emojis. 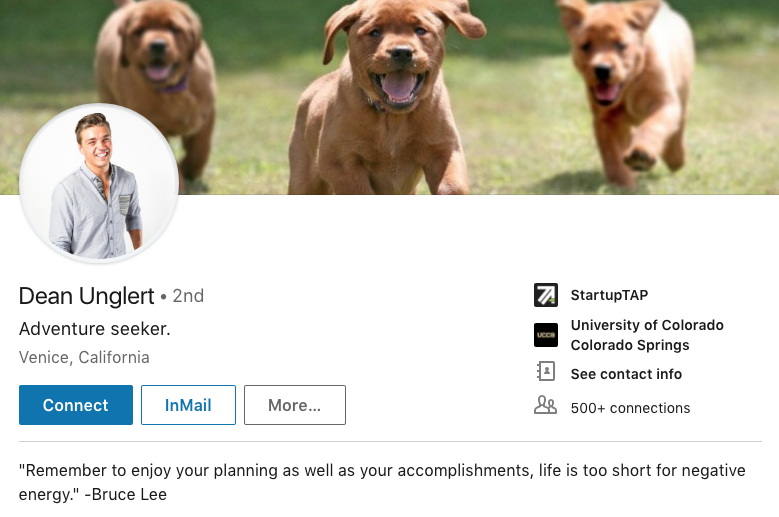 Deanie Babies lists his occupation as “adventure seeker,” which is essentially guaranteed to score the big title and corner office when combined Bruce Lee quotes. He also found a way to customize his page with extremely professional puppies. Someone hire this man! Or at least the dogs. 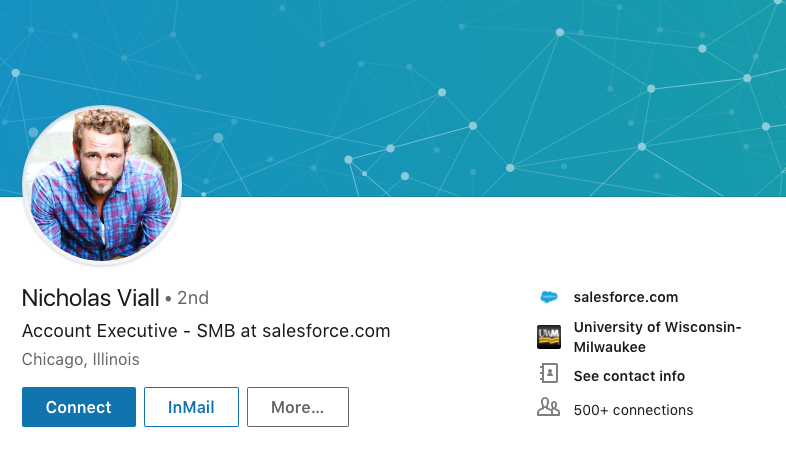 Before he appeared on The Bachelorette twice, Bachelor in Paradise once and was finally given his very own season, he was an Account Executive at Salesforce in Chicago, which he still is…at least according to his LinkedIn. Salesforce gave him multiple leaves of absence to pursue stardom, but eventually, he opted for taking acting classes. He’s currently based in Los Angeles and left behind his Midwest life, including the Salesforce gig. Nick remains nothing if not unreliable. 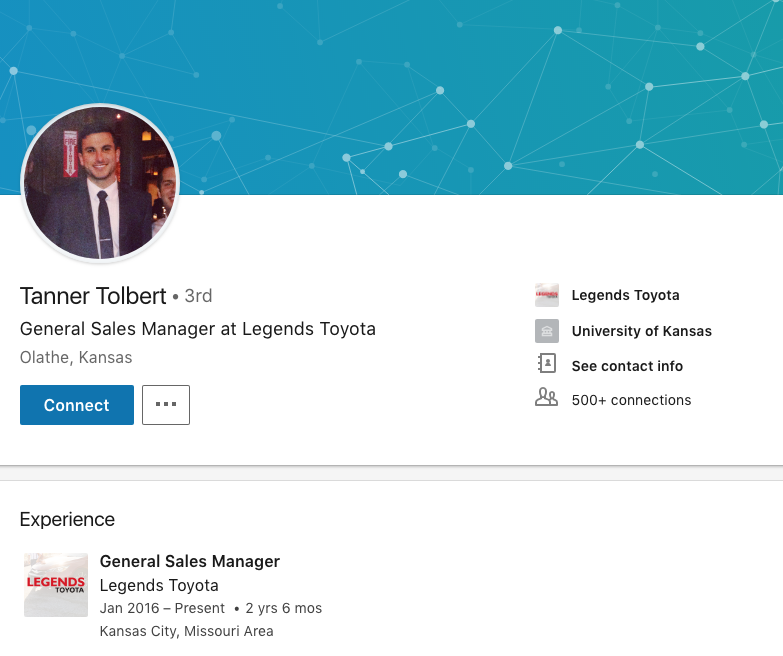 Tanner Tolbert is one of the few Bachelorette stars who held down the same job after his reality TV stint, so kudos to him and the Legends Toyota in Kansas City, Missouri (which has a two and a half star Yelp rating). According to his Instagram, he was promoted in January 2016, and treated his wife, Jade Roper, to a Toyota to celebrate. He and his wife are now making money from appearances on shows like Marriage Boot Camp, but he hasn’t updated his LinkedIn to reflect that he’s made major moves — like that he currently works next door as the General Manager at the Legends Honda dealership. 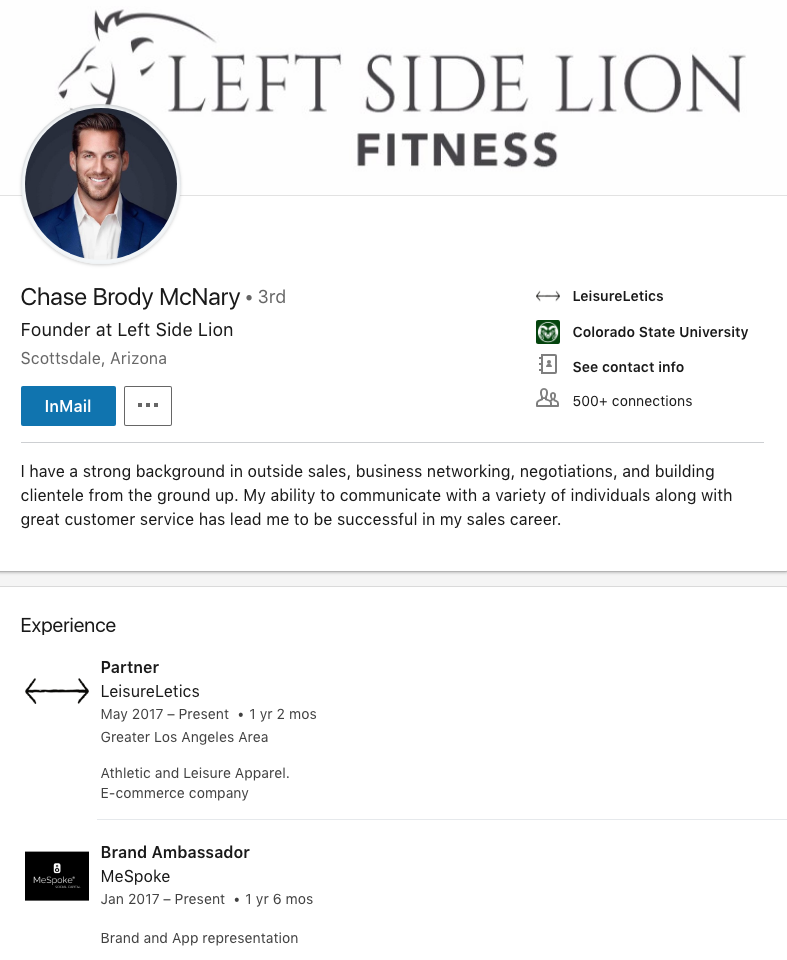 Chase McNary is deeply into fitness.

Chase McNary might be best-known for dating Tomi Lahren after appearing on JoJo Fletcher’s season, but he’s also the founder of a fitness company. According to LinkedIn, McNary has his own athleisure line, Leisureletics, that focuses on “combining high quality athletic wear with comfortable” which doesn’t sound terribly difficult, since that’s literally the point of athletic wear. He participated in 30+ hours of role-playing”—the fun kind! (i.e., for a medical sales training program). 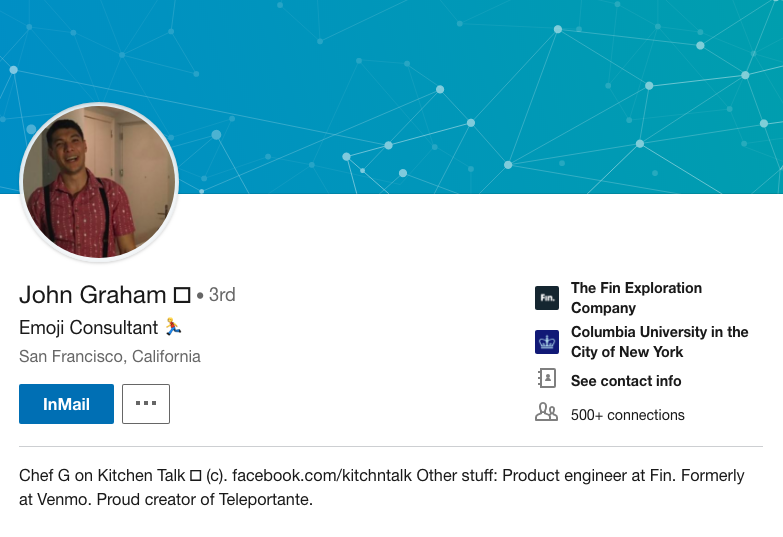 Homeboy was a “Happiness Engineer” at Venmo before he became an “Emoji Consultant.” Although it seems as if he’s not actually an Emoji Consultant, information that just torpedoed the dreams of many a child who only ever wanted to be an emoji consultant. The Columbia grad is a software engineer who was employee no. 5 at Venmo. Before that, he worked at Morgan Stanley. He might actually be the most successful person in the show’s history. 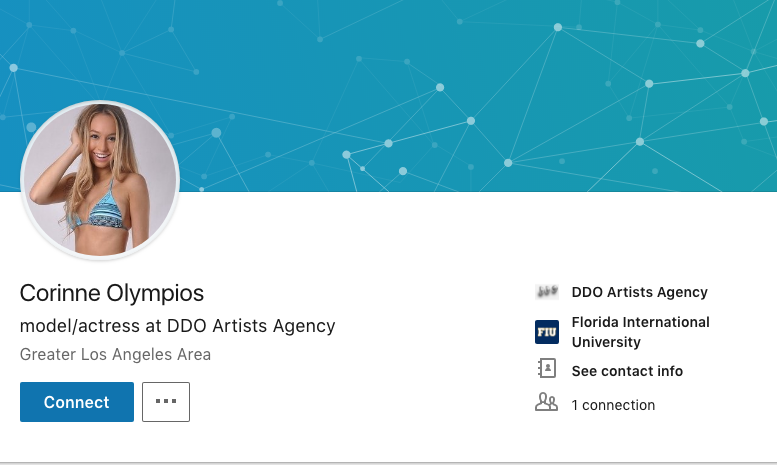 Corinne Olympios is a model (and business owner, of course, although there’s no mention of it).

Bachelor bad girl Corinne Olympios was a self-proclaimed businesswoman who said, “I run a multi-million dollar company, and I’m not an idiot,” referring to her family’s business, but it doesn’t look like she spends much time working for her family’s floor product company anymore. There’s no mention of it anywhere on her page, but she did do theatre at FIU which prepared her to recite lines of gold (and, um, platinum). 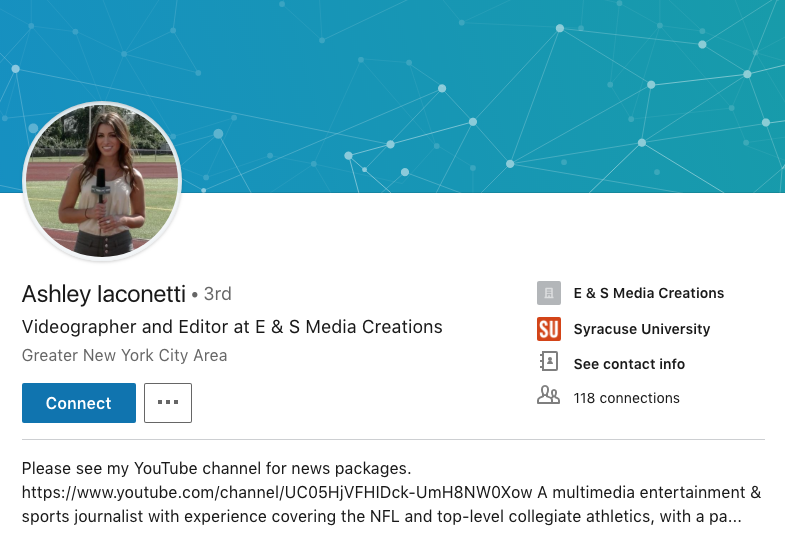 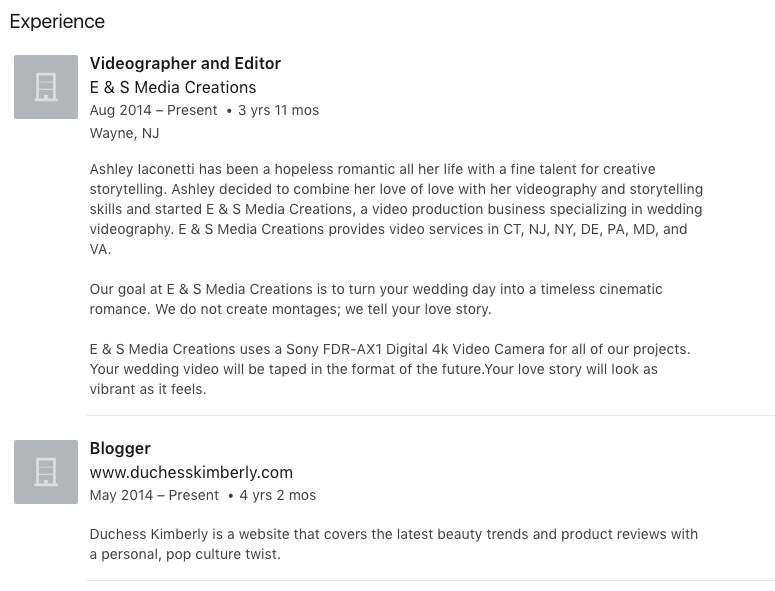 Before establishing herself as The Bachelor franchise’s top virgin, Ashley Iaconetti was a social media influencer/TV personality, sports blogger and Syracuse grad. Luckily, she still updates DuchessKimberly.com but it’s now self-titled, and no longer named after Kim Kardashian. According to her bio, “Ashley’s freelance business, E & S Media Creations, is currently specializing in wedding videography,” which provide you with the right reasons to give her a call if you’ve found love. Her wedding video portfolio is *coming soon* but the website hasn’t been updated since she appeared on The Bachelor. She describes herself as “a hopeless romantic all her life”…on LinkedIn…which feels on brand for her. 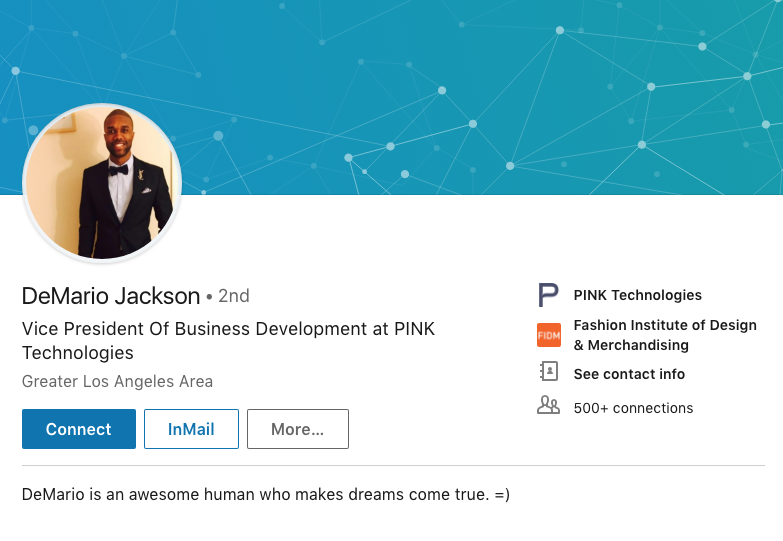 DeMario Jackson works at PINK Technologies, not to be confused with Victoria’s Secret Pink.

“An awesome human who makes dream come true,” may not be the most professional or direct LinkedIn biography, but this is really all about the typed-out smiley-face emoji. Jackson’s company, a “private, mobile on-demand platform where qualified hosts cast their ideal guests in real-time” is currently hiring. 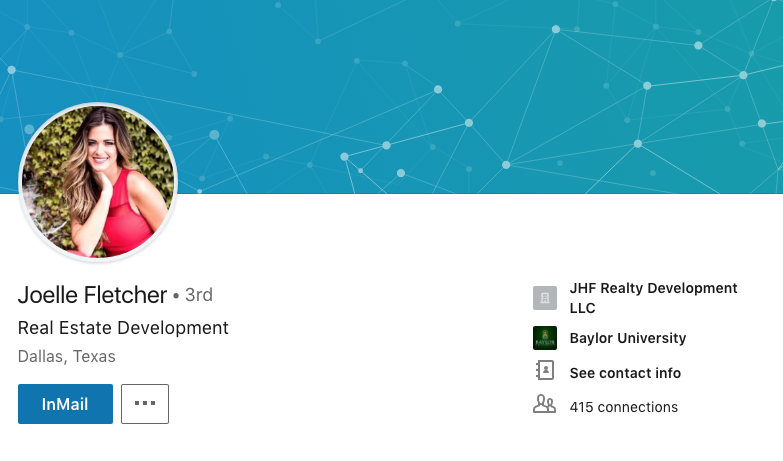 JoJo Fletcher still works in real estate, at least according to LinkedIn. 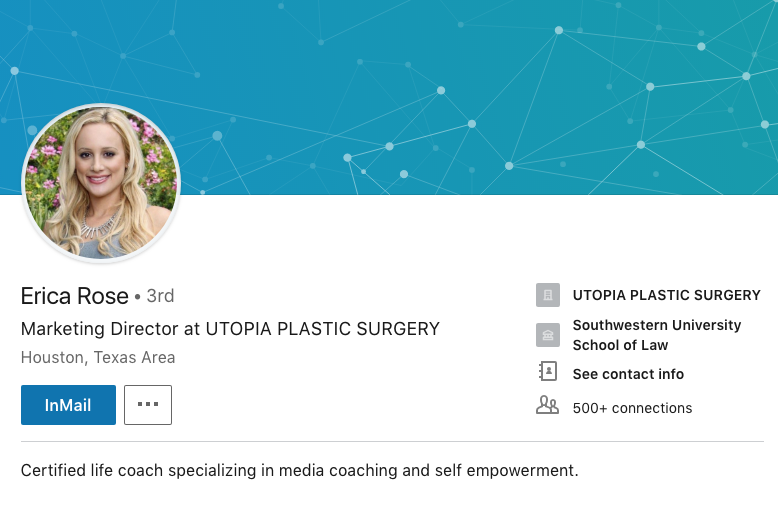 Erica Rose, a former socialite, is a life coach.

Despite attending the University of Houston for law school, the “socialite” never practiced law (the bar is tricky). She’s now the Marketing Director at Utopia Med Spa, which is helpfully owned by her parents. They offer injectables, which should be tempting to a few former contestants. As a side hustle, she works as a life coach, “specializing in media coaching and self empowerment.” 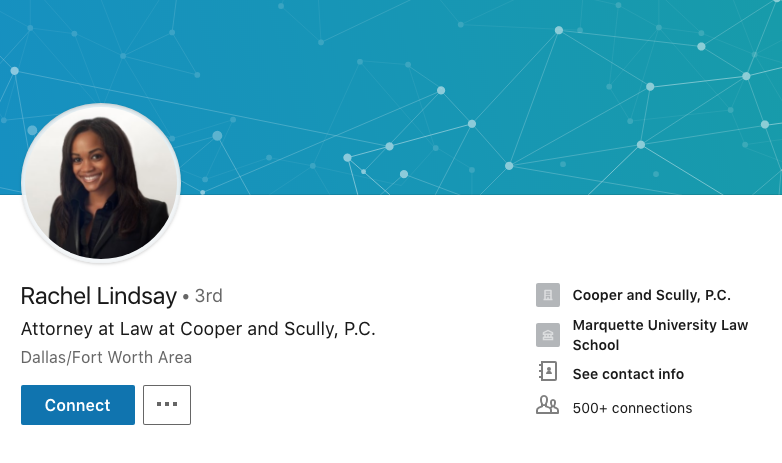 Rachel Lindsay is still a civil defense litigation attorney, according to LinkedIn and Instagram.

Rachel Lindsay is still a lawyer, despite promoting detox masks on Instagram. She confirmed her status on both LinkedIn and Instagram, writing, “I still practice as a civil defense litigation attorney BUT it is hard to find that work/life balance,” solidifying her place as a self-declared #girlboss. 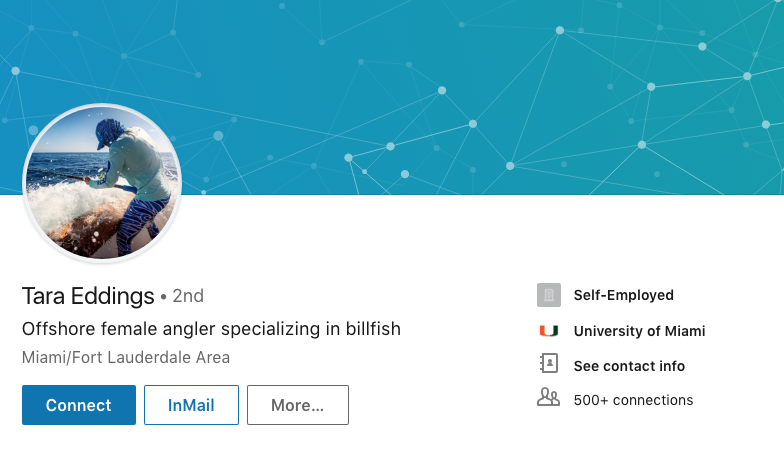 Perhaps you thought “sports fishing enthusiast” was just a deeply-specific interest, like “Bachelor superfan” but the University of Miami graduate is an offshore female angler specializing in billfish, which sounds much more interesting. 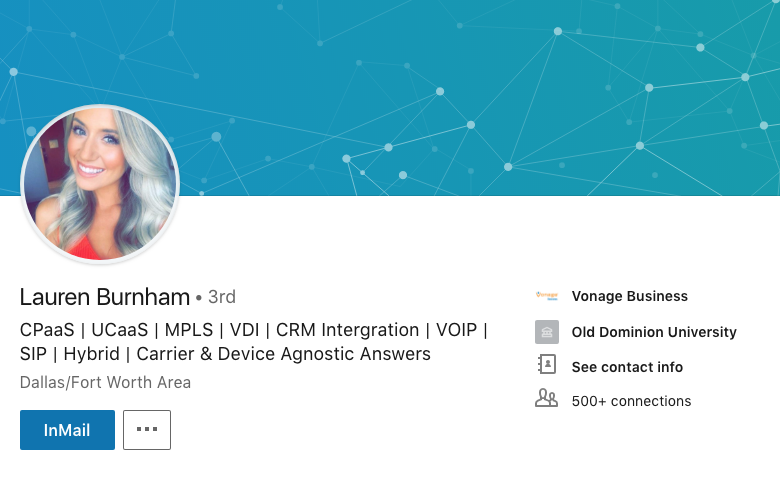 I don’t know what any of this means but it seems too complicated too Google. 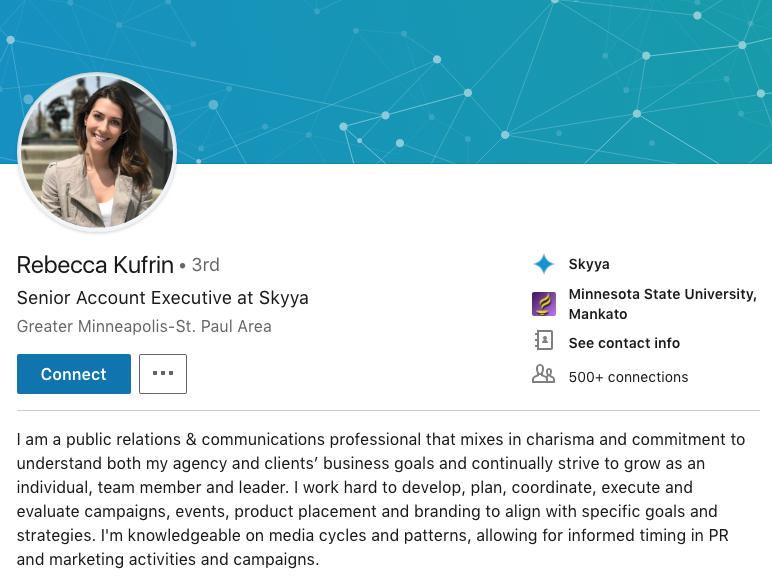 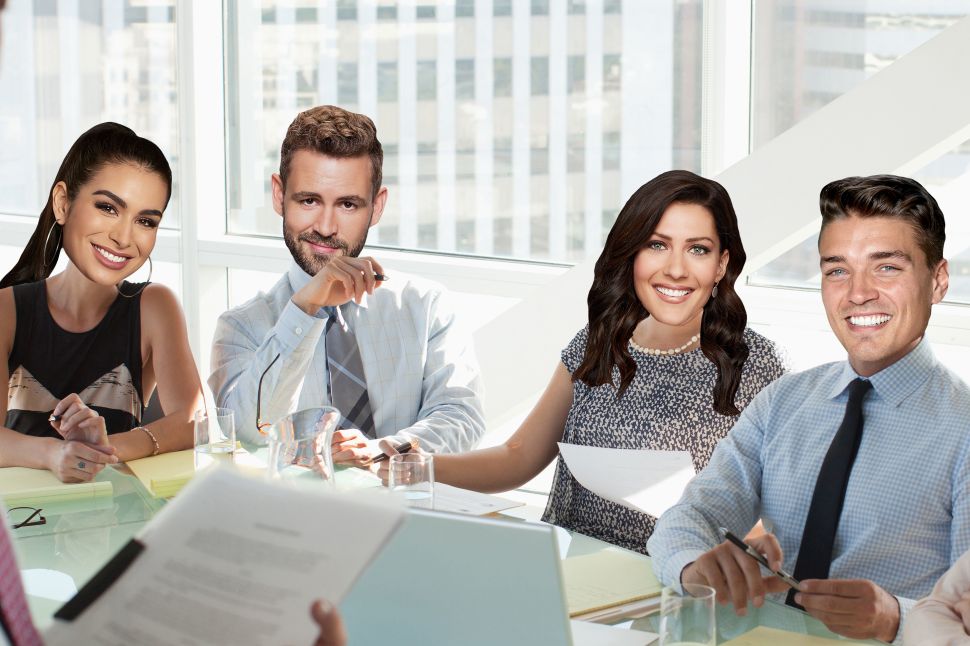