President Donald J. Trump is in the news every single day. Actually, he’s not so much *in* the news as he *is* the news. Republican or Democrat, we can all probably agree that the daily headlines could use a little fresh blood.

So instead of focusing on our president, let’s discuss which fictional presidents could liven up the news circuit a bit and generate some new stories.

The 1996 blockbuster gave positively zero insight into President Whitmore’s policies and background other than that he was a pilot and a veteran of the Gulf War (and clearly prioritized national defense, thus our Republication designation). At the start of the film, the commander-in-chief is under fire from the media for being too young and too much of a pushover in his battles with Congress. But following the alien invasion, President Whitmore provided arguably the greatest soundbyte in the history of rhetoric with his iconic speech seen above.

You can’t tell me that this speech doesn’t get you jacked up. Can you imagine what this guy’s State of the Union would be like? Fireworks. I want this dude narrating all of my audiobooks.

If his oratory skills weren’t enough to steal headlines, we could at least make fun of President Whitmore for being the absolute dumbest (but bravest) head of state in American history. After giving his impassioned rouse-the-troops speech, Whitemore inexplicably hops into a fighter jet and joins the skyward fray—against technologically superior aliens and after much of the world’s population has already been wiped out.

That’s like if Trump or Obama grabbed a machine gun and fought terrorists Chuck Norris-style…after every major American city had been decimated. It’s pure lunacy that could leave our country in an even more vulnerable position.

But Page Six would definitely rock that headline.

Harrison Ford may be a bleeding heart liberal in real life, but his President Marshall was firmly on the right side of the aisle what with his hawkish stance against terrorism. The guy sanctioned military action against terrorists in a foreign country despite Congress’ opposition at home. He was, as the kids these days say, decidedly “lit.”

And speaking of fighting terrorism, Marshall single-handedly kills six bad guys after they hijack, you guessed it, Air Force One. If all wars were fought with one-on-one combat between the leaders of nations, I’d feel pretty damn confident in our chances with this guy. Let’s get him a Rocky-style training montage for good measure.

Imagine the field day American press would have if ISIS tried to pull something like this, only to be foiled not by the CIA or Special Forces, but by the president? No Stormy Daniels nonsense, no Russian collusion talk. Marshall must have had the cache to pass any bill he ever wanted after this fiasco.

Most. Badass. President. Ever.

Let’s quickly run through all of Bartlet’s presidential accomplishments: He defeats the Democratic frontrunner as a dark horse candidate, appoints the first Hispanic Supreme Court Justice and first female Chief Justice, negotiates a peace settlement between Israel and Palestine, stimulates the economy by creating millions of new jobs, reforms Social Security with a revolutionary plan that receives bipartisan support, and supports alternative energy.

Sure, he may never have balanced the budget during his eight years in the White House while also concealing his MS diagnosis from the American people (which would have driven the Russian bots on Facebook into a tizzy), but we’ll let that slide considering he negotiated a peace settlement between Israel and Palestine. President Bartlet did what 3,000 years of history couldn’t all while fixing the economy and making enormous progressive leaps in multiple areas.

You know that glow that an entire region basks in after their sports team wins a major championship? That’s how it must have felt across the entire country once Bartlet’s two terms were up.

Drama and success; the media would have eaten it up.

In Chris Rock’s spin on Mr. Smith Goes to Washington, the Democratic Party sees the 2004 election as hopeless and decides to trot out a local neighborhood hero to score progressive PR points. But their cynical plan backfires when he eventually wins the race.

The election coverage from this alone could sustain the dying newspaper business. Throw in his Bernie Sanders-esque views on wealth, and we would be in for four years of radical change that would spark thinkpiece after thinkpiece. He’d be a meme gold mine. 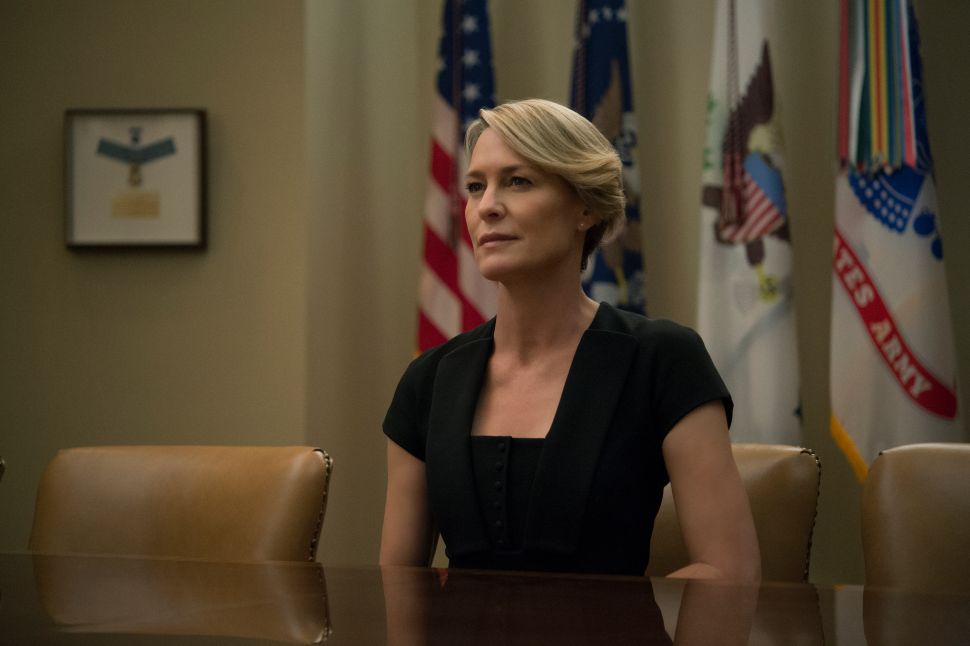