Former President Bill Clinton said his recent comments about the #MeToo movement and his affair with then-White House intern Monica Lewinsky—insisting he did not need to apologize to her—were not his “finest hour” and that he was “mad at me” over his remarks.

On Monday, Clinton told NBC’s Craig Melvin that he “felt terrible then” about the affair with Lewinsky and “came to grips with it” but that he did not “get out of that for free” because he left the White House $16 million in debt.

And he said he did not owe Lewinsky an apology and has not spoken to her since the affair. He also pointed to sexual misconduct allegations against President Donald Trump.

“They had to distill it and it looked like I was saying I didn’t apologize and I had no intention to,” Clinton said in an interview with talk show host Stephen Colbert on Tuesday night, referring to the NBC interview. “I was mad at me.”

While he admitted that he was not proud of his comments, he maintained that he did apologize to his family, as well as Lewinsky and her family. He also said he supports the #MeToo movement.

“Here’s what I wanna say: it wasn’t my finest hour, but the important thing is that was a very painful thing that happened 20 years ago, and I apologized to my family, to Monica Lewinsky and her family, to the American people,” Clinton continued. “I meant it then, I meant it now. I’ve had to live with the consequences every day since. And I still believe this #MeToo movement is long overdue, necessary and should be supported.”

At an unrelated press conference on Tuesday afternoon, Mayor Bill de Blasio told Observer that Lewinsky was “wronged” by Clinton and suggested that he could take steps to make that clear.

“What he did was wrong and she was wronged,” de Blasio said. “She was a young woman wronged by the President of the United States. I don’t know what he said previously. I can’t comment on that. It was wrong, and if there’s anything further he has to say to make clear what he did was wrong, he should do it.”

The mayor worked for the U.S Department of Housing and Urban Development when Clinton was president. Clinton also swore de Blasio in at his inauguration after he won the mayoral election in 2013. And de Blasio also managed Hillary Clinton’s successful 2000 Senate bid.

In November 2017, de Blasio told Observer that Clinton would have resigned over the affair if it had happened in present times, though he wold not state whether he personally believes Clinton should have resigned.

Sen. Kirsten Gillibrand, who replaced Hillary Clinton in the U.S. Senate, said “that is the appropriate response,” when asked whether Clinton should have resigned when the scandal occurred. 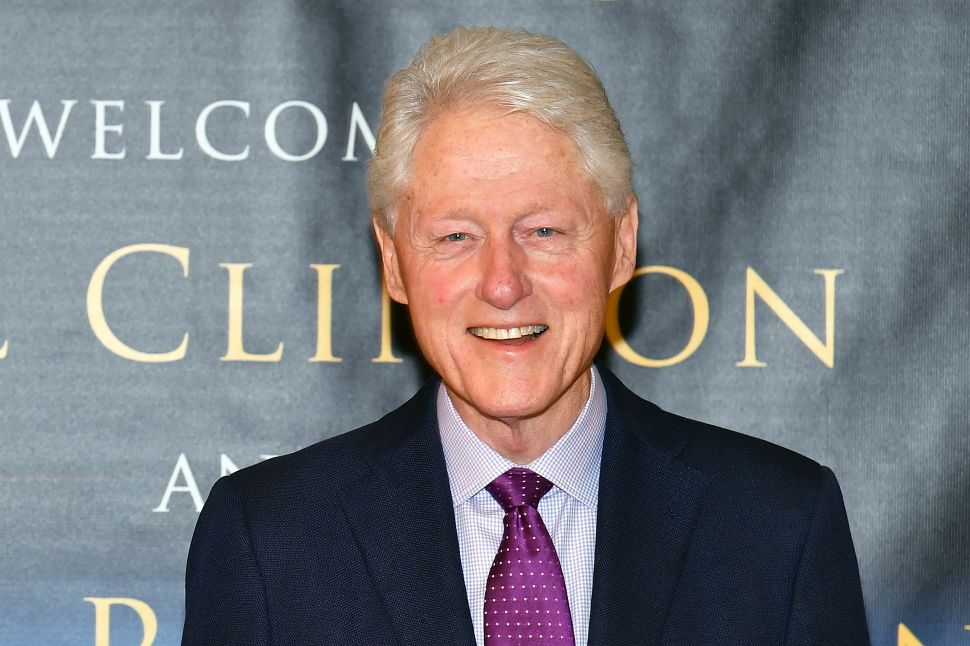