As we near the end of 2018’s halfway point and find ourselves still in the thick of the summer blockbuster movie season, now is as good of a time as any to take a look at the biggest box office openings of the year so far.

The amount of money a film earns has no correlation to its quality; there are two god-awful Transformers movies among the 25 highest-grossing films worldwide while cult classics like Fight Club and 2001: A Space Odyssey were considered flops when they hit theaters. But following the money does paint a picture of the current industry landscape: what types of movies are making money, what does that say about studio preferences and priorities, and what kind of films will be made in the wake of a big success or failure? And, lastly, which stars are on the rise, which are fading, and whose projects should be funded?

By taking a peek at the seven biggest domestic openings of the first half of 2018, we can piece together our own idea of the movie business right now. All numbers are courtesy of Box Office Mojo.

Money: Over the four-day holiday weekend in March/April, Steven Spielberg’s Ready Player One took in $53 million. It was the director’s biggest opening since Indiana Jones and the Kingdom of the Crystal Skull ($100 million) in 2008. The virtual reality fantasy sci-fi adventure finished its run with $581 million worldwide.

Industry Implication: Spielberg hasn’t lost his touch, but his last two movies before before Ready Player One saw him hit a mini-slump. According to Forbes, The Post—which notched a Best Picture nomination at this year’s Oscars and which we very much enjoyed—sold fewer tickets worldwide than all but one of Spielberg’s previous movies. Before that, The BFG was the director’s biggest commercial bomb ever, grossing just $183 million worldwide against a $140 million budget. Even The Adventures of Tintin was a bit of an underperformer in North America. Ready Player One puts Spielberg back in the win column ahead of several highly-anticipated upcoming movies.

Who Benefits: Do I really need to spell this out for you? It’s Spielberg by a landslide. WB also comes out ahead as it carries over its momentum from a healthy 2017.

Money: A Quiet Place exceeded all tracking expectations when it opened in early April to north of $50 million and has legged it all the way to $326 million worldwide off a minuscule $17 million budget.

Industry Implications: The horror genre has long been Hollywood’s most financially reliable genre, but with the critical and commercial success of last year’s Oscar-nominated Get Out and now A Quiet Place (not to mention It), studios are viewing this scary category in a new light. Fresh and original creative concepts have proven to be massive crowd-pleasers that can finally edge their way into the highly-coveted prestige territory. For Paramount, A Quiet Place represents a (much needed) modestly-budgeted new franchise, as a sequel is already in the works.

Who Benefits: John Krasinski’s first two directorial efforts were met with mixed reactions and modest box office returns, but as they say, the third time’s the charm. The former Office star now finds himself on the shortlist of in-demand filmmakers.

Money: Despite landing among the five biggest-openers of 2018 so far, Solo is a massive financial disappointment and the first Star Wars film to ever lost money. It’s $84 million opening was well below tracking estimates ($130 million to $150 million) and the film’s worldwide gross of $340 million as of this writing likely means it won’t even cross $400 million. For a picture that cost a minimum of $250 million to make due to extensive re-shoots and $150 million to market, this is an outright failure.

Industry Implications: Lucasfilm isn’t losing too much sleep over Solo‘s box office faceplant as the studio is still moving forward with its ambitious Star Wars expansion plans. But I expect the studio to be taking note of what went wrong. Further spacing out Star Wars film releases, expanding the scope of these standalone anthology features and cleaning up behind the scenes messes should all be points of emphasis moving forward. That and making good movies again.

Who Benefits: Original filmmakers Phil Lord and Chris Miller, who were fired deep into production, would not be judged if they felt vindicated given Solo‘s uninspiring blandness and box office struggles. Donald Glover, who played a young version of Lando Calrissian, also emerged from this mess completely unscathed, as fans are now calling for him to get his own spinoff movie.

Money: Deadpool 2 earned a strong $125.5 million when it hit theaters in May. While that’s slightly under the 2016 original’s $132 million, the sequel’s performance is nothing but a win for Fox. The $110 million-budgeted flick currently sits at almost $690 million worldwide and should cross $700 million in the week or so. Cha, meet Ching.

Industry Implications: The Deadpool franchise is going strong with two largely well-received R-rated features that will feed directly into the foul-mouthed team-up mission X-Force, which starts production this Fall. Clearly, there’s a huge market for non-standard superhero fare. Fox has done a great job of branching out into different genres with its comic book properties, and Disney shouldn’t mess with that formula if its merger is approved. (Disney CEO Bob Iger has already said that Deadpool will remain R-rated).

Who Benefits: Ryan Reynolds, obviously. People forget that before the Merc With a Mouth, Reynolds was as far away from being a movie star as I am from being a superhero. He had a handful of financial flops and endless bad reviews on his resume. But the Deadpool series revived his career and shot him back onto the A-list. Also, a shout out here for Zazie Beetz, who was a highlight of Deadpool 2 and is one of the most exciting up-and-comers in Hollywood.

Money: The Incredibles 2 opened last weekend to an overachieving $180 million, breaking Pixar’s own record for the biggest animated opening weekend ever (Finding Dory, $135 million). It came in way over even the most generous expectations, which pegged it for around $140 to $150 million.

Industry Implications: The hit sequel lives up to the 2004 original’s legacy as the greatest superhero film of all time. But could its success have drawbacks? Of Pixar’s first 10 films, the studio released just one sequel. Its next 10 films were comprised of six sequels or prequels, including The Incredibles 2. While many of these are highly enjoyable, there’s something to be said about original filmmaking and risk-taking on the big stage. The studio says next year’s Toy Story 4 will be its last sequel until at least 2022, but who knows if all this box office success will have them changing their tune. Hopefully not.

Who Benefits: Pixar. The studio badly needed a win given all of the negative PR it’s endured recently. First, Rashida Jones left the project early on, saying that Pixar “is also a culture where women and people of color do not have an equal creative voice.” Then, co-director John Lasseter took a leave of absence from Pixar after complaints of sexual misconduct and is now being ousted from the company. And lastly, Pixar reportedly just threw out three-quarters of the existing script for Toy Story 4. The Incredibles 2 helps get the studio back on track.

Industry Implications: Black Panther emerged as a cultural touchstone and the mic-drop closing argument as to why major studios should further embrace diversity in blockbusters. It’s hard to undersell just how much of a phenomenon this picture became and what a long overdue step in the right direction of representation it was. Next to follow in this vein will be DC’s Aquaman, headlined by the Hawaiian Jason Momoa; Sony’s animated Spider-Man: Into the Spider-Verse, which follows the half-black, half-Hispanic Miles Morales; and Marvel’s Captain Marvel, starring Brie Larson in the MCU’s first female-led superhero feature.

Who Benefits: Uhh, Marvel? This is the perfect example of the rich getting richer, like when the Golden State Warriors signed Kevin Durant. The MCU was already the most powerful and consistently successful creation in Hollywood history long before Black Panther shattered box office records. Now, the future beyond Avengers 4 has a clear and presumably profitable path. Honorable Mentions: writer/director Ryan Coogler and co-stars Michael B. Jordan and Letitia Wright.

Money: Avengers: Infinity War set box office records with the biggest opening weekend ever at a staggering, nearly incomprehensible $257.6 million. The film is still in theaters yet is already the fourth highest-grossing film worldwide at $2.02 billion. Not bad for one of the most expensive films ever made.

Industry Implications: What superhero fatigue? The decade-in-the-making Infinity War was the final stamp of approval for Marvel Studios head Kevin Feige’s shared cinematic universe. The culmination of 18 prior films, Infinity War reinforced the Marvel’s mammoth lead on the competition. WB’s DC Extended Universe, Paramount’s Transformers universe and Universal’s Dark Universe have all either struggled to get off the ground or been euthanized before ever really getting started. Only Marvel has managed to successfully create an interconnected big screen continuity, and with Spider-Man and Black Panther in the fold, their future remains bright.

Who Benefits: Directors Joe and Anthony Russo. After next year’s Avengers 4 drops, effectively bringing the first three phases of the MCU’s run to a close, the duo will have their pick of projects. Star Wars, Oscar bait, original concept; it doesn’t matter, these guys will be set. Their rise to the top is particularly impressive when you remember that they got their start directing sitcoms Community and Happy Ending. 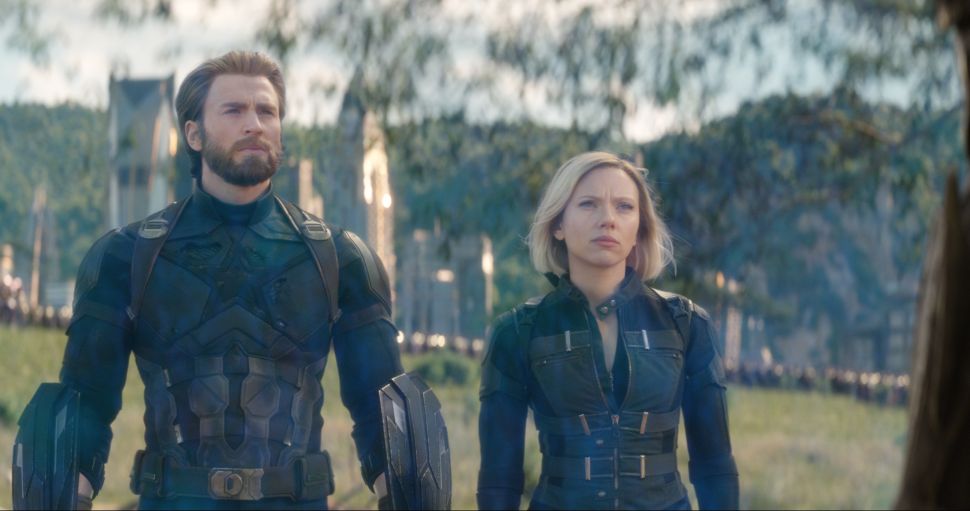