Thursday’s slaughter of editors and reporters at the Capital Gazette in Maryland may be written off as yet another random spree shooting in America by a crazy person. This killer had a vendetta against the paper and claimed they defamed him, when all they did was report his criminal history, which is public record.

On his Twitter account, the shooter made many chilling references to Charlie Hebdo, journalists dying, and those who seek to sue the media in this country. His rants were usually tied to politics, and his attack was a well-planned, cold-blooded execution. Inside the newsroom, he hunted his victims with eerie efficiency.

Last year, I wrote a column for Observer that revealed instances of reporters and editors being killed happen most often in purportedly democratic countries. You can now add the United States to that list.

We’re used to hearing stories about journalists dying in Russia and Ukraine for investigating Vladimir Putin. And we probably expect a high body count of correspondents in China and North Korea at the hands of brutal Communist regimes. But new deaths are occurring in countries that are democratic, or at least appear to be on paper.

In some countries the drug trade (Colombia and Mexico) or terrorism (Pakistan, India, Sri Lanka and Bangladesh) is to blame for these killings, but some deaths come at the hands of governments that don’t want to be investigated for corruption (Turkey and Philippines), whose leaders openly call for targeting journalists.

America has experienced a few instances of journalism becoming a dangerous job, like the murder of radio show host Alan Berg at the hands of neo-Nazis in Denver, Colorado in 1984, or journalists who were slain covering the civil rights movement in the 1960s. And before the Civil War, abolitionist publisher Elijah Lovejoy was killed by a pro-slavery mob in Illinois. Not all of the deaths were mafia hits on investigative reporters.

According to the Committee to Protect Journalists (CPJ), there have been seven American journalists killed in the United States between 1992 and 2017. That number could double if those wounded from Thursday’s attack don’t survive.

In fact, the five murdered journalists in Maryland makes America tied with Syria for second for the most journalists killed in 2018, with Afghanistan taking the top spot at 10 journalists slain. Other countries with deaths include India, Mexico and Colombia. Slovakia, another democracy, experienced a pair of political murders, one of which involved a reporter investigating corruption in that country.

Before the Capital Gazette killings, 29 journalists were killed in 2018, according to the Committee to Protect Journalists. Twelve of them were killed in free or partly free countries. Of these, 75 percent were assassinations. The Maryland attacks now account for half of all murdered reporters and editors dying in democracies. And that also means that 82 percent of all dead journalists in democracies have been murdered. With 34 reporters killed so far, halfway through 2018, these journalist deaths are likely to exceed the 50 correspondents killed in 2017.

Many of these “partial democracies” I wrote about last year were once free, until populists were elected into office and started targeting democratic institutions. Self-described vigilante groups often carry out the murders after politicians debase the reporters publicly. This allows the politician to deny any role in the deaths of journalists, while intimidating those who know better. It even allows them to blame the deaths on political rivals, weakening the opposition.

Those political figures who directly threaten journalists either claim they were “just joking” or double-down on their comments, hoping for protection from like-minded politicians while fanning the flames of violence against reporters. Many of these reporter deaths remain unsolved or have not been effectively investigated by the democratic regimes in power, for reasons unknown.

In the fragile democracy of Slovakia, the murders of a journalist and his fiancé had real political consequences. When Jan Kuciak and his girlfriend Martina Kusnirova were gunned down, protesters took to the streets, demanding a government change. Kuciak’s last article had named two aides to Prime Minister Robert Fico as having ties to organized crime in Italy. Fico resigned after public pressure, as did both aides in the report. Citizens are still demanding these two deaths, ruled “contract killings” be fully investigated, as other businesses and politicians could have ties to the killings.

Contrast this with President Rodrigo Duterte in the Philippines. In a speech he gave in Davao City while on the campaign trail, he called journalists “lowlifes” and added, “They destroy people, and family, and they die,” and “Kill journalism. Stop journalism in the country.” Four journalists have been slain in the Philippines since Duterte assumed office a year ago.

It’s time for America’s moment of truth, or else we risk heading down the same path as authoritarian regimes. Will we allow political threats to lead to murders or follow in the footsteps of Slovakia and provide some accountability? The country, and the world, will be watching. 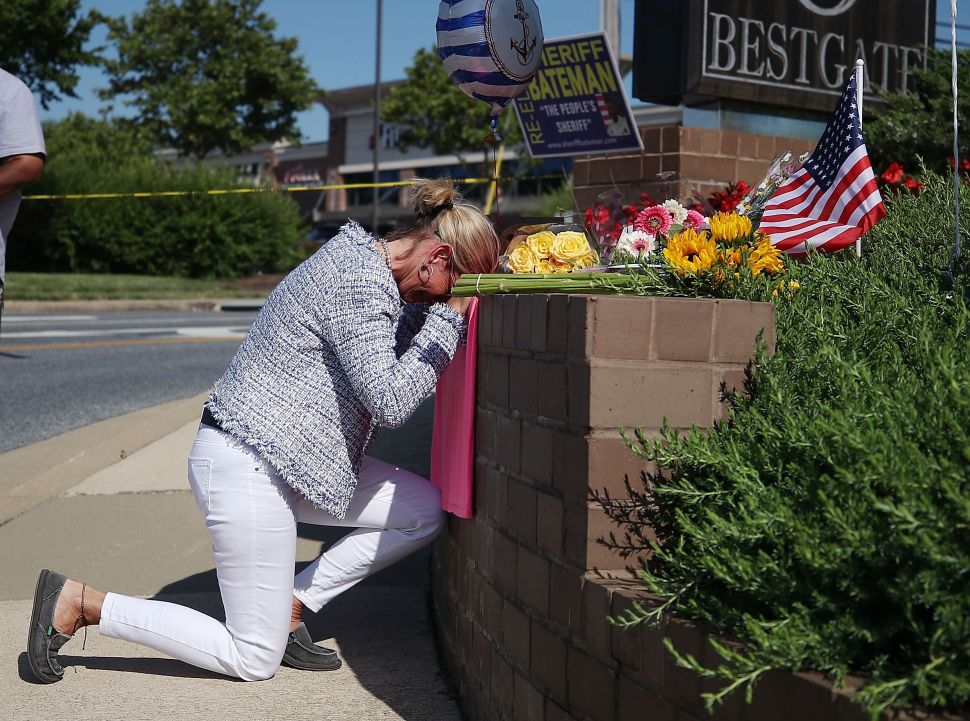