A rapidly aging population, a product of declining birthrate coupled with longer life expectancy, is a problem baffling many governments, especially those in developed countries.

If current demographic trends continue, the future will look quite terrifying: three of today’s five largest economies (the U.S., China, Japan, Germany and India) will have fewer people by 2100 than today, according to United Nations’ projections.

(As of 2017, the U.K. is the world’s fifth largest economy, but India is projected to surpass the U.K. by the end of this year.)

China, the world’s largest population since the beginning of human civilization, will very soon lose its dominance. In less than a decade, India will surpass China as the world’s most populous country. India’s population rise, just like its GDP, will continue for three to four decades, while China’s population inevitably will start to crash in 2040.

Japan and Germany, the world’s third and fourth most advanced countries, are also struggling with creating more people. By 2100, Japan will lose one-third of its current population, and Germany will lose about 12 percent.

All of the three countries mentioned above rank among the world’s lowest in fertility rate, the number of births per woman, according to 2016 data from the World Bank.

As of 2016, an average woman in Japan had just 1.4 babies; this number was 1.5 in Germany and 1.6 in China. All were well below the “replacement fertility rate,” the minimum birth rate required for a country’s dying population to be sufficiently replaced by newborns. (The threshold is currently 2.1 for developed countries and ranges from 2.5 to 3.3 for developing countries due to higher mortality rates.)

Both Japan and Germany (and Europe overall) face the challenge of young people not wanting kids. In Japan, despite a number of public policies since the 1990s to lower childcare costs and improve parental leave policies, the birth rate has barely budged. Germany adopted a different path by opening borders to attract immigrants, but Chancellor Angel Merkel’s policy-making sparked a whole different public debate.

The U.S., where birth rate is at a record low, has a similar problem, but luckily it’s not as bad. In fact, the U.S. is the only developed country in the world’s top economies that will see steady population growth in this century.

“The declined births in the last two years in the U.S. are not a huge number. So it’s really difficult to tell how that will affect the population in future workforce, especially depending on what happens to migration,” Donna Strobino, a professor of population, family and reproductive health at the Johns Hopkins University, told Observer.

Strobino added, citing a recent Pew Research Center study, the current low birthrate is merely a result of women delaying having children, rather than not having children at all.

China, on the other hand, has a more unique and worrying situation.

Between 1979 and early 2016, the Chinese government artificially kept the birth rate low with its famously controversial “one-child policy.” Although not fully enforced (people in many rural areas had more than one child during the period), the policy managed to curb the country’s birth rate at near-zero levels for years.

A serious side-effect of having only one child, however, is a rapidly aging population when the one-child-era babies grow up. And the bigger trouble is that, despite abolishing the policy in 2016, China’s fertility rate barely rebounded in 2017, a sign that young people in China are just as reluctant to have kids as their peers in Japan and Europe. 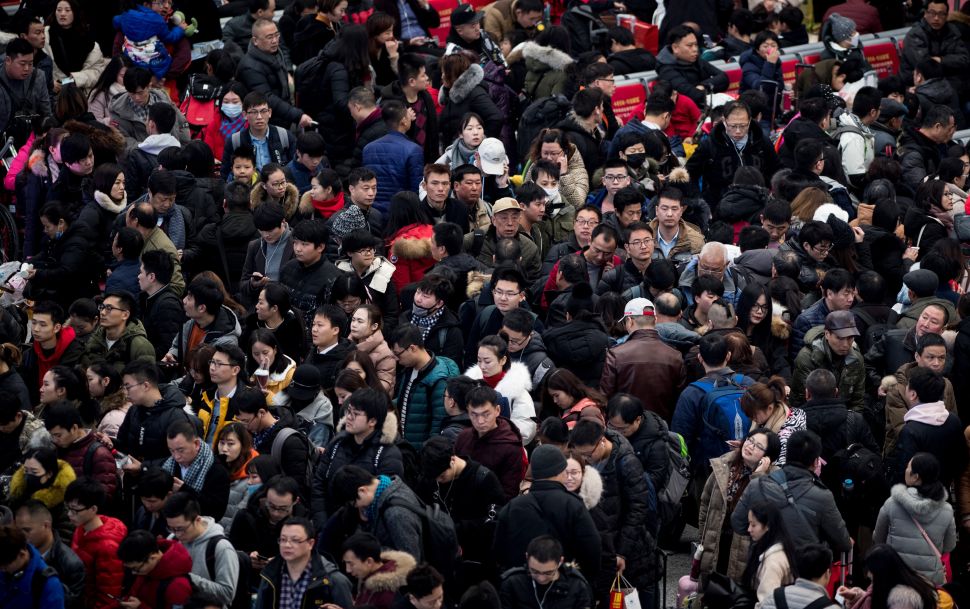