According to new documents released by the Office of Government Ethics obtained by Forbes, Ross, a former banker and investor, only technically divested his personal holdings in business entities when he assumed his official government role. He actually just transferred his investments into a trust that would benefit his family members.

In October 2017, Ross sold his “limited partner interests”—his money put into investment funds or companies—to Goldman Sachs and transferred his “general partner interest”—money he managed on behalf of other investors, through which he earns a management fee plus commission on profits—into a trust.

The government documents don’t list who the beneficiaries are, but Ross revealed in a call with Forbes last year that the trust was set up to benefit “children and things like that.” Nobody outside his family was a beneficiary, he said.

This means that if the financial value of the companies tied to the trust improves, Ross’ family could earn a profit.

Under federal laws, maintaining a trust to benefit a public official’s family members—even if the trust consists of stakes in private-sector companies—doesn’t violate conflict of interest rules.

In a statement to Observer, the Commerce Department said Ross “continues to follow the guidance of Department of Commerce ethics officials to ensure compliance with federal laws and regulations.” The department’s ethics officials and the Office of Government Ethics have also certified that the transactions documented in Ross’ financial disclosure forms are in compliance with federal ethics requirements, a spokesperson for the Commerce Department said.

The detailed structure of Ross’ family trust is unclear, but it likely includes some of Ross’ old general partner interests related to China’s state-owned companies.

In 2009, long before Ross joined the government, his fund invested $100 million in an initial public offering of a Chinese wind power company called Longyuan Power. That investment appeared out of norm because his firm at the time, WL Ross & Co. (acquired by Invesco in 2006), was primarily focused on trading bankrupted companies.

In September last year, another Chinese state-owned company, Shanghai Shenda, a textile company that specializes in cross-border trading, formed a joint-venture with the Luxembourg-based International Automotive Components Group, in which Ross has an ownership stake. 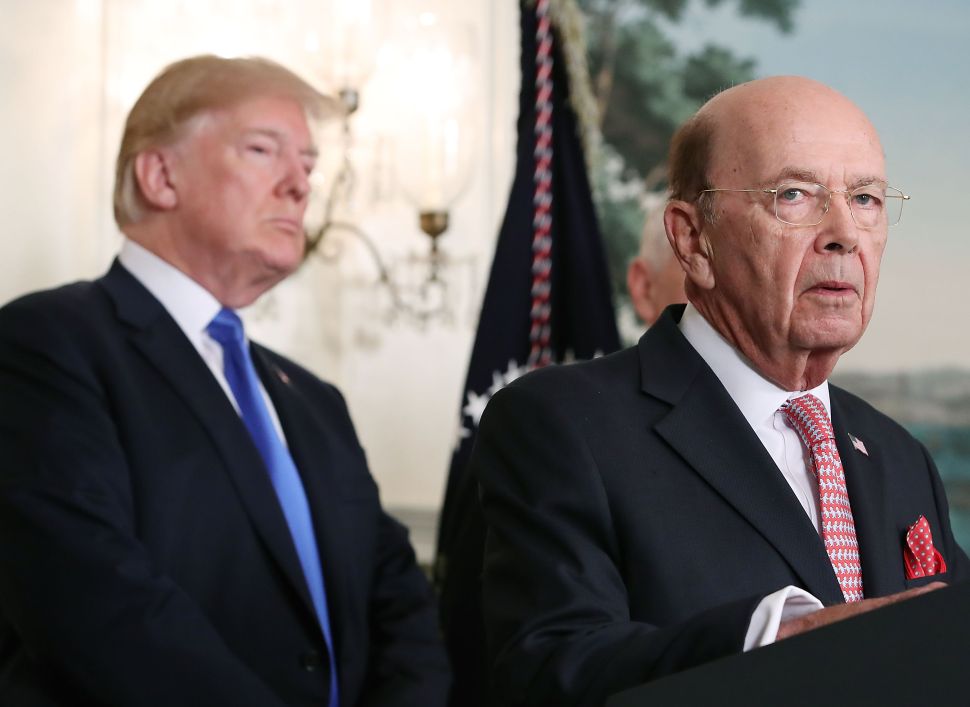