In today’s episode of Black Mirror: Trump Edition, it was announced that NBA star and unofficial North Korea ambassador Dennis Rodman will be attending President Trump’s historic summit with Kim Jong-un in Singapore next week.

Sources told The New York Post that Rodman will arrive a day ahead of the June 12 meeting, and may partake in the negotiations.

“No matter what you might think about his presence. One thing’s for sure the ratings will be huge,” a source told the publication without explaining what “ratings” he or she were referencing. “A lot of times in situations that involve complex diplomacy countries like to identify ambassadors of goodwill and whether you agree with it or not, Dennis Rodman fits the bill.”

A representative for Rodman said no trip to Singapore was confirmed, but told the Post that the celebrity was willing to go “if his expertise were needed.”

“He’s talked about it, but no final trip or plans have been made,” explained the rep.

Rodman has visited North Korea five times in the past and maintains a bizarre relationship with Kim. He told TMZ in April that Kim didn’t understand the president until he gifted him a copy of Trump’s Mona Lisa: The Art of the Deal.

“I think [Kim] didn’t realize who Donald Trump was at that time, I guess, until he started to read the book and started to get to understand him. Donald Trump and Kim Jong-un are pretty much the same,” said Rodman.

Rodman also competed on Trump’s Celebrity Apprentice but was fired by the-then reality star for misspelling Melania Trump’s name as “Milania” on a luxury brochure.

Several months later, Trump tweeted that he was “glad” with his firing decision after Rodman told Business Insider that the former television host wanted to visit North Korea.

Dennis Rodman was either drunk or on drugs (delusional) when he said I wanted to go to North Korea with him. Glad I fired him on Apprentice!

“It seemed like everyone [in the U.S.] turned on him and now things seem to be happening, so he’s just happy it’s happening. He’s just hoping for a great historic outcome,” Rodman’s representative told the Post of the Singapore summit. 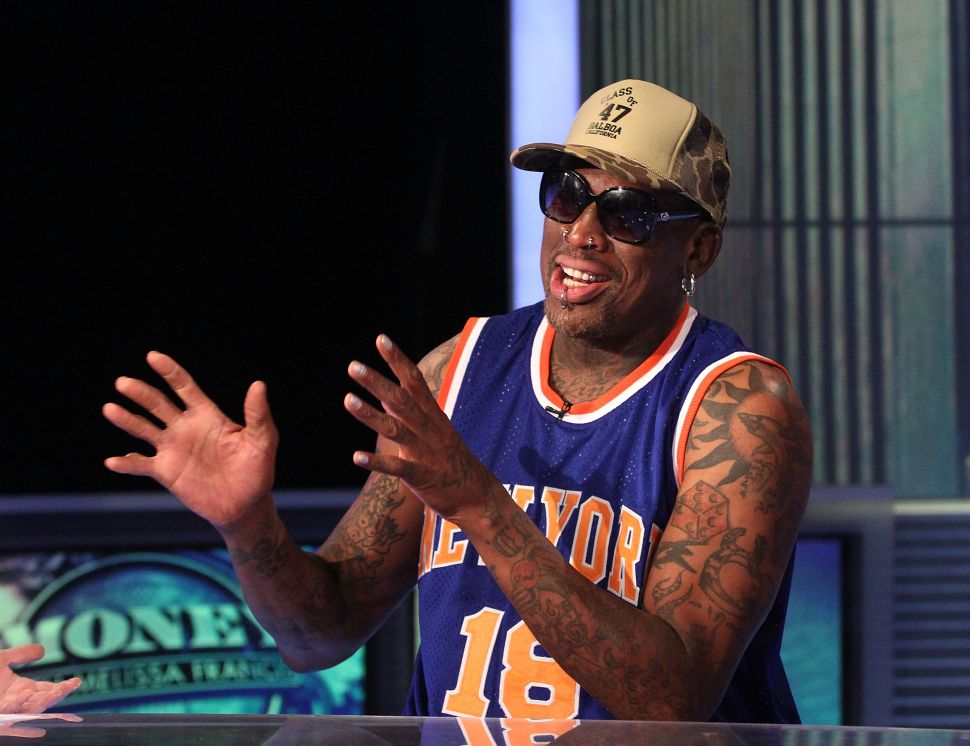