When it comes to his own birthday parties—and just about anything, really—President Donald Trump isn’t the least bit modest. Past festivities have included cakes in the form of Trump as Superman, a paid visit from Pamela Anderson and even a break-in by a blacklisted reporter. The president turns 72 on Thursday, but rather than speculate on what he will do to celebrate this year, we honor his own line of thinking: look to the past, not to the future.

For his 42nd birthday, Trump threw a party at Trump’s Castle Hotel & Casino, which is now the Golden Nugget Atlantic City. The Washington Post reported that it was kicked off with a 15-foot spaceship that launched from the stage, sending smoke and flashing lasers toward Trump and his then-wife, Ivana. After a magician act, a group of dancers performed to a “version of Michael Jackson’s ‘Bad’ reworked to honor the real estate mogul.” A telegram from President Reagan was also reported, along with video birthday cards from Liza Minnelli, Billy Crystal, Dennis Miller and Joe Piscopo.

The president’s disdain for the press can be traced back to his 44th birthday party, which took place in the Crystal Ballroom at Trump’s Atlantic City casino. According to Buzzfeed, this party occurred around the time Trump was fighting critical media coverage of his divorce from Ivana, his affair with Marla Maples and his failure to make scheduled debt payments. Though he allowed entertainment reporters to cover the event, Village Voice reporter Wayne Barrett, who had been writing muckraking stories on Trump for over a decade, was blacklisted.

Barrett tried to sneak into the party by climbing a stairwell that led to a balcony connected to the ballroom. But within 30 seconds, he was in handcuffs, arrested on a charge of defiant trespass. But someone who did manage to sneak in was Timothy O’Brien, Barrett’s research assistant for his book Trump: The Deals and the Downfall. Dressed in a jacket and tie, O’Brien had been standing in the lobby when a waiter offered him a glass of champagne, mistaking him for a casino patron.

O’Brien observed everything that occurred at this particular extravaganza. Trump received televised birthday messages from Dolly Parton and Elton John. Robin Leach, the host of Lifestyles of the Rich and the Famous, stepped out of a giant replica of Trump’s airline (which is now bankrupt), Trump Shuttle. Also included was a skit from comedian Andrew Dice Clay and a performance by Saturday Night Live’s Joe Piscopo, in which he sang “Happy Birthday” to Trump in the voice of Frank Sinatra.

The invitation features an illustration of a young Trump holding a sword and sitting on a throne, with what appears to be his ex-wife, Marla Maples, sitting at his feet. Banners along the side of the invitation display the various “kingdoms” of his empire—his casinos. The invitation hailed the event as “the birthday celebration of the ages starring Renaissance man Donald J. Trump” and promised live jousting, dancing and “splendid surprises” at the Crystal Ballroom.

To celebrate Trump’s 50th, Marla threw him a bash at Trump Tower that was nothing short of excess.

A New York Times report revealed that a violin trio and a pianist played at the door, while attendants in white gloves offered guests glasses of champagne and strawberries. The press, of course, was given a section of its own, along the red carpet inside the front lobby. Marla had ordered customized, large-scale versions of Trump’s childhood photos (Trump with his confirmation class, on a tricycle, in the tub), a mermaid ice sculpture in the shape of herself and Trump’s favorite hors d’oeuvre—Swedish meatballs.

The event’s agenda read, “7:30 P.M. D.J. Music is cut off; ‘New York, New York’ is played and the waterfall is cut off simultaneously; this is MARLA’s cue to take center stage, with DONALD at her side.” Trump had wanted his wife to sing his favorite song, “Wind Beneath My Wings,” but that was apparently where she drew the line.

For the grand finale, the Superman movie theme played as a cake was wheeled onto stage. It took the form of Trump himself, dressed like Superman with a money sign on his chest, standing among all the buildings he owns. Eartha Kitt sang “Happy Birthday,” as 600 gold balloons descended from the ceiling.

The Washington Post reported that the president held his 59th birthday at the Taj Mahal casino in Atlantic City, where Baywatch star Pamela Anderson was offered $500 to attend. Trump blew out candles on a 15-foot, three-tier cake.

Trump’s 70th birthday party was thrown by an unlikely group of individuals—a little-known, right-wing Hindu fringe group in India. Trump, however, was not present at this one.

The Hindu Sena, as they call themselves, hail Trump as the “savior of humanity” and a “messiah against Islamic terror.” The party, which was held in the Jantar Mantar of New Delhi, included a 15-pound cake, a grand orchestra and posters of Trump carrying a rifle.

Hindu Sena national president Vishnu Gupta told The Business Standard, “We are celebrating his birthday because he is our hero. We wish that he lives for thousands of years and removes the Islamic terrorism from this entire world.”

This event was met with much backlash on social media.

Trump adopted a more low-key approach once he took on the role of President of the United States.

On his 71st birthday last year, he turned the attention away from himself and tweeted a “Happy Birthday” to the U.S. Army, which was founded on June 14, 1775. Later that day, a shooting occurred at the Republican congressional baseball game practice, so the White House cancelled all of Trump’s public events for the day. The president gave a televised speech, expressing sympathy for the victims. He shared a dinner at the White House with his wife, children and grandchildren.

On that same day, USA Today reported that the group Rise and Resist held a “#Sadbirthday” outside of Trump Tower in New York. Their proposed gift for the president was a plane ticket to Russia, as his birthday last year fell around the time he was embroiled in investigations of alleged links to the country. 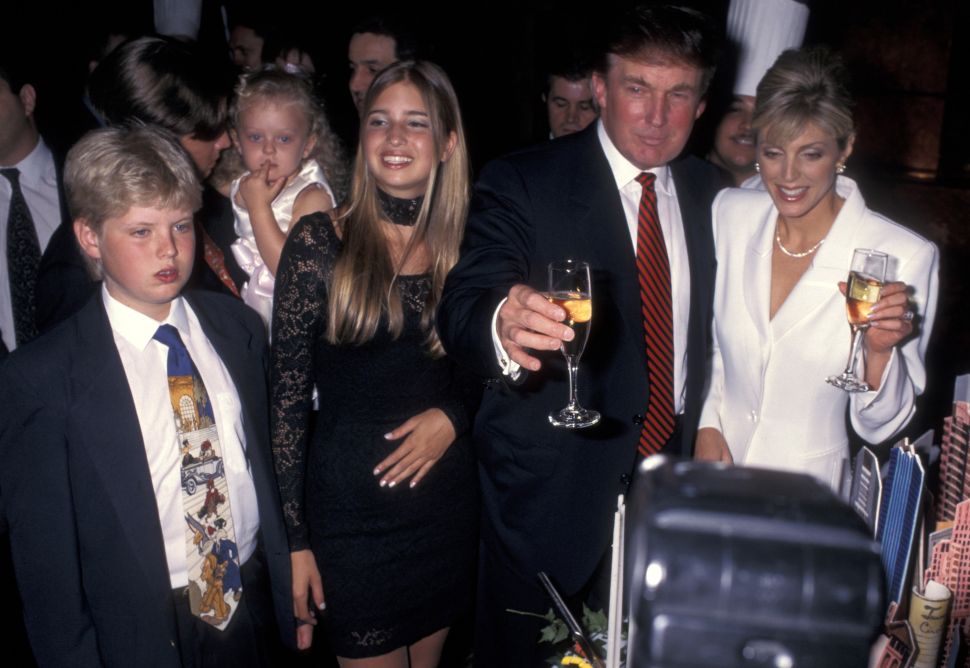