Halfway through the video, he lies down as Russian models jump on a hotel bed, with Trump eyeing them in what appears to be a veiled reference to the speculated “golden showers” tape.

A computer hacker overlooks footage of the bacchanalia like a Julian Assange overlord.

Goldstone has since testified before the House Intelligence Committee over his involvement in facilitating the meeting.

In one of the singer’s earlier music videos, Donald Trump made a cameo to deliver his signature “You’re Fired!” line to a hazy Agalarov fantasizing of Russian models. 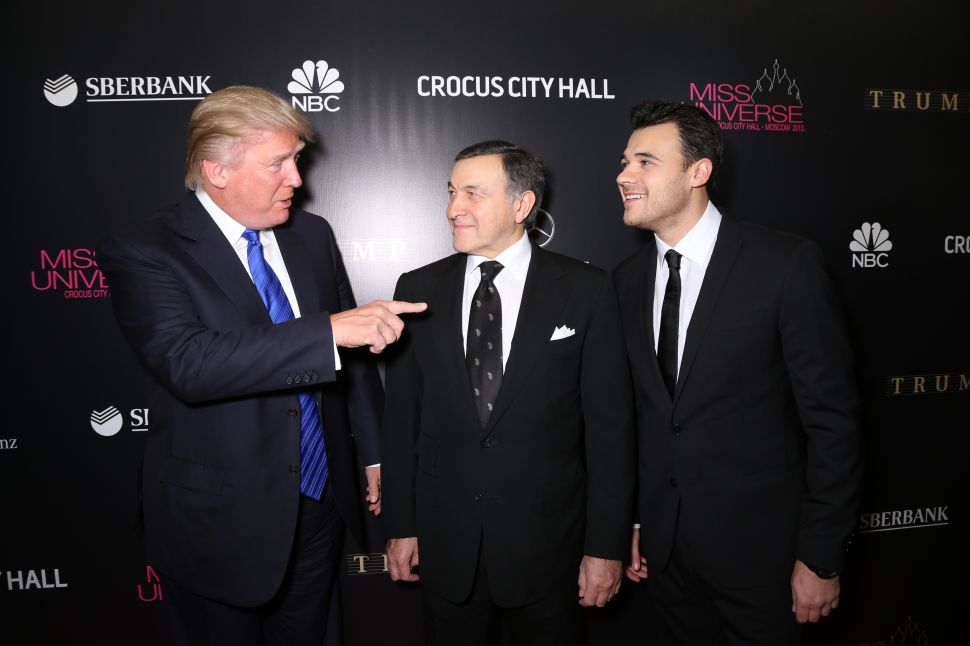