Everyone had that favorite fairy tale growing up, one that enthralled and engrossed us almost to the point of unhealthy obsession. It was the bedtime story we asked for every night or the Disney film we watched on repeat. Perhaps it provided the theme for our birthday parties three years in a row or prompted us to run around in character costumes well after Halloween had passed. Unbeknownst to us at the time, these fables were once far more than kid-friendly entertainment. Instead they were social shorthands used to relate inalienable truths and cultural norms, and the ways those could be shaped and changed.

No matter how useful the morals of these stories proved, as we grew into adults we drifted away from them, our elders chiding us that such tales of mischief and magic were for kids. We were encouraged to wheel and deal in the new, more accepted lingua franca of the modern age—that of Enlightenment-era rationalism embodied in science and technology. Yet a duo of exhibitions at London’s Zabludowicz Collection take up technology as a storytelling device for contemporary society, one that offers the same sense of magic, unknown, possibility—and even peril—for adults.

Part of the gallery’s year-long program to highlight film and video by pioneering female artists, both established and emerging, the concurrent shows on view through July spotlight the New York–based filmmaker Ericka Beckman and her up-and-coming U.K. peer, Marianna Simnett. Although the two shows remain distinct, the pairing of Beckman and Simnett draws an interesting trajectory of video art that plays on the pan-cultural—and by and large long female-dominated—tradition of storytelling.

Oral lore has been around since humans developed speech, the oldest surviving example of which is the Epic of Gilgamesh, which was first written down around 2100 B.C. In the West, we’re more familiar with Rumpelstiltskin and Rapunzel thanks to the Grimm brothers who committed their versions of common European fairy tales to paper in the early 19th century, although numerous and previous iterations had been passed along for generations. In fact, many of our most beloved princesses, before they were Disney-fied, derive from the stories popularized in 17th century France by a group of women writers (led by noblewoman and renowned storyteller Madame d’Aulnoy) who used the tales to subtly complain about their husbands and critique King Louis XIV’s politics.

These stories, however varied across time and space, could be construed as the most basic form of information technology—a way of relating experiential data quickly and efficiently for the masses. In essence, they were the original meme. Indeed, fairy tale scholar Jack Zipes writes of such lore in his book “The Irresistible Fairy Tale: The Cultural and Social History of a Genre” that “the focus of fairy tales, whether oral, written, or cinematic, has always been on finding magical instruments, extraordinary technologies, or powerful people and animals that will enable protagonists to transform themselves along with their environment…” And with the rapid rate of technological development that we’re witnessing in our contemporary culture, it stands to reason that new technologies might figure heavily in modern rewrites.

It was Beckman’s interest in extraordinary technology that led her to rework one of the best known fairy tales, Cinderella in her techno-futuristic 1986 film of the same name that visually looks something like a video game. Currently on view at Zabludowicz, the film is filled with bright colors and Tetris-like forms that hover on-screen, making it seem like the characters are trapped in an arcade game from your childhood.

Additionally, by breaking apart the story and creating a series of repetitions in which Cinderella is projected alternately between a fireplace and a castle, the princess protagonist “never quite succeeds in satisfying the requirements of the ‘Cinderella Game,'” Beckman explained, providing a simple but stunning critique of the limitations and demands society places on women. Yet, as with any game, the promise of starting over always remains.

According to the artist, the language of gaming was useful to explore gender and identity in an increasingly technological, post-industrial world. Though made in the ’80s, it still feels very of-the-moment, with all the traditions and norms in contemporary culture that are clearly ripe for restructuring. Not only were arcade games an accessible reference for viewers when she began working with these visuals, but the element of choice and causality provided Beckman with some intriguing possibilities. “I was interested in narrative but without overt dialogue so I didn’t have to fall back on the oral tradition of storytelling, which is what led me to the logic of gaming to explain social systems and learned behaviors that we’ve ingested through media,” the 62-year-old artist explained. “Gaming still allows for an imaginary reality where anything is possible.”

If Beckman is rewriting established fairy tales using contemporary technology, then Simnett is perhaps creating entirely new ones. In her lushly cinematic and viscerally stirring videos, the settings of which often vary between bucolic countrysides and sterile hospital rooms, the artist fuses an imagined, mythic past like those found in fables with real scientific developments in biomedicine to present moralistic tales. But while the warnings in her videos are overtly against systemic infection and disease, subliminally they comment on the repressed toxicity in our contemporary, gender-divided culture.

While the characters may be unfamiliar, many of Simnett’s video installations at Zabludowicz feature commonplace fairy tale tropes—intimidating beasts, such as cyborgian cockroaches in Blue Roses (2015), and unrealistic ideals of purity, like sworn virgins and innocent children in Blood (2015). Both works look at medical procedures devised to “fix” women. The former alternates between footage of scuttling bio-bot bugs controlled by implants and a procedure to remove varicose veins that results in a leg burst open on an operating table. The latter references a controversial operation that Freud executed on a patient in which bones in her nose were removed to alleviate her period pains.

In these works, the female body becomes a site of experimentation in the name of scientific progress—transformed as if by magic, but to what end?

According to the artist, science, with its implicit ideal of progress and social betterment, has assumed much of the mollifying language of fairy tales, with some of the similar underlying grimness. “When we go to a doctor, we’re told in soothing tones that a series of violences are about to be done to us,” Simnett said, noting how we’re subject to needles poking our skin or clamps squeezing our flesh by people we call “caretakers.” “We accept these actions because we’re told so nicely. Like fairy tales, it can lull you into a state of comfort, but there’s something sinister about that, too.”

Science, to Simnett, is like the extraordinary technology or magical tool that Zipes mentions as a hallmark of the genre of fairy tale. And like any kind of magic, its propensity for good or evil is determined by the intention of the those who wield it. “Fables used to posit ethical quandaries or offer moral identities embodied in archetypes, and now we look to technology and science for such truths,” Simnett said.

The problem Simnett’s stories raise is that, in contemporary culture, when even little violences against women’s bodies are spun as benevolent, we are left without our reliable characters with whom we can identify—even Cinderella has ceased to exist. It remains unclear where fantasy ends and reality begins, and even more unclear as to whether we’ll have the chance to start over. 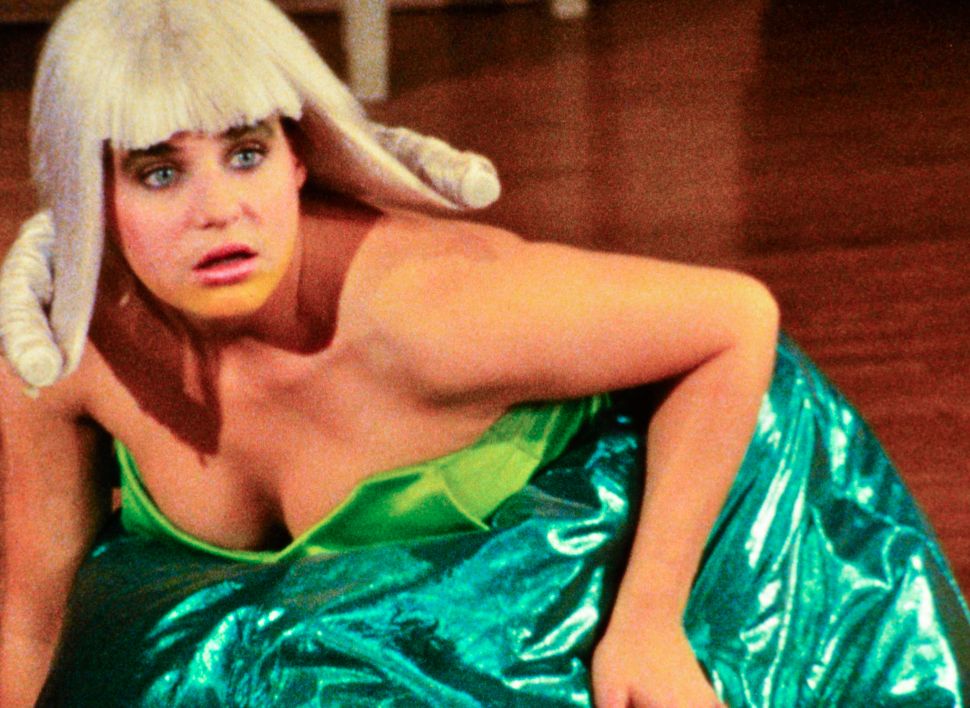