Earlier this month, a series of peculiar packages was found around the Seattle area. Inside of a plastic baggy was a leaflet, encouraging whoever found it to “Keep America American.” “Report any and all illegal aliens,” it read, along with the number for ICE. “They are not immigrants they are CRIMINALS.” Also included in the bag was a candy bar, perhaps to sweeten the message. The fliers were alarming to those who found them, apparently the work of a white supremacist group, but the impetus behind them isn’t all that rare.

It’s a great time in America to be a snitch.

The veneration of snitching, and the renewed empowerment of its chief beneficiary, ICE, shouldn’t be surprising. It’s a practice the Trump administration came out in full favor of in its first few months, setting up what they call the Victims of Immigration Crime Engagement (VOICE) hotline. The purported intent was for citizens to report “crimes committed by removable aliens,” but the end result wasn’t exactly what they intended. Many of the callers to the hotline did indeed report people they suspected were undocumented, but for all manner of trivial crimes. Some even called to report members of their own family. Others just used it to rat on trivial misdemeanors, or things that simply annoyed them about their neighbors.

It’s not hard to see how the implications of such a mindset, encouraging each of us to constantly be on alert for criminal behavior, and more unsettling, criminalizing humans themselves for their mere existence in the country, could be taken in the extreme. Notably, two weeks ago a man in New York, an Ecuadoran immigrant, was turned over to ICE for the mere act of attempting to deliver a pizza to a military base.

Shortly before that, attorney Aaron Schlossberg was captured on video berating two women in a restaurant for speaking Spanish. His big crescendo: threatening to call ICE on them. In this era of the American Snitch, simply invoking the name of the agency has become a regular menacing taunt meant to intimidate and dehumanize its targets. Elsewhere, a number of states have instituted programs to monitor the social media activity of students, hoping to find and stop potential shooters before they act. We’ve long been accustomed to the post-9/11 mantra of seeing something and saying something, but it seems like we’re seeing more than ever, and we can’t shut up about it.

The wholehearted embrace of snitching on the Right is somewhat hard to square. For a group of people who fancy themselves the rugged self-reliant individualists of the mythological American archetype, running to the authorities to solve petty grievances seems hypocritical. On the other hand, it does track with their cognitively dissonant penchant for bootlicking.

The snitching movement isn’t solely reserved for their side, however. Every day resistance liberals work themselves up into a lather over the prospect of Trump associates like Michael Cohen and Paul Manafort ratting out their former boss.

This is, apparently, the good type of snitching. James Comey and Robert Mueller, the literal cops of all cops, have been elevated to cult-like figures. And on social media, the justice-minded serve as voluntary informants. That could be by organizing boycotts of media figures who’ve behaved badly, snitching on them to advertisers, or bringing attention to the hateful posts of otherwise anonymous people, hoping for a swift comeuppance.

It’s not uncommon to see some moron with 45 followers put on blast for saying something stupid and having high profile Twitter users alert their school or place of employment, like the University of Alabama, which expelled a student earlier this year after racist rants she made on Instagram were circulated widely by people who found them rightfully offensive.

Conservatives and liberals alike regularly engage in snitch-tagging, the practice in which people chime in to alert people who are being criticized whenever it happens. This type of behavior from the Left is, again, somewhat confounding. We’re supposed to hate the cops, until it’s time for us to act like them.

It’s tempting to rationalize this fungible ethics of snitching from the Left and Right as being self-interested. It’s good when it’s done against someone I disagree with, and it’s bad when it’s done to one of my own people. I suspect that’s how most of us think about it anyway.

But I think the answer on the ethics of snitching is somewhat different. Snitching, in and of itself, is not the de facto transgression that we tend to think of it as; it’s simply a tool like any other, and the justness of its use depends specifically on how it’s being employed, either in the service of power and authority, or in the service of progress.

When we consider snitching, like racism, it shouldn’t be taken as an isolated action devoid of its context. You cannot be racist against a straight white male, for example, because the necessary power imbalance is not at play. Similarly, it does not count as snitching when you help deliver consequences to a truly bad actor, particularly the powerful. There’s a difference between posting a photo of a homeless person sleeping on a park bench and tagging the local police department and calling the cops about an actual violent crime transpiring. Sometimes snitching is a moral imperative, like sharing videos of the actual police themselves abusing citizens.

The specific mechanics of snitching on a powerful figure, like when liberals organized a boycott of Bill O’Reilly’s advertisers, may seem the same as when the reverse happens, when the right targets an otherwise unknown academic or student for firing, but one is utilizing it as a corrective social force for good, and the other is a regressive and punitive action meant to inflict harm out of spite. Snitching on people like the racist New York lawyer is ethical, because it serves to illustrate the point that this type of behavior will not be tolerated in society.

Reporting an otherwise harmless immigrant for deportation, it should not have to be said, serves no potential social good. It’s snitching at its purest, most vile form, done only to inspire harm in the service of a flawed ideological agenda. In that way, it’s a completely a selfish act, and therein lies the distinction between the bad type of snitching and the good. The former helps no one but yourself, and the latter helps everyone. 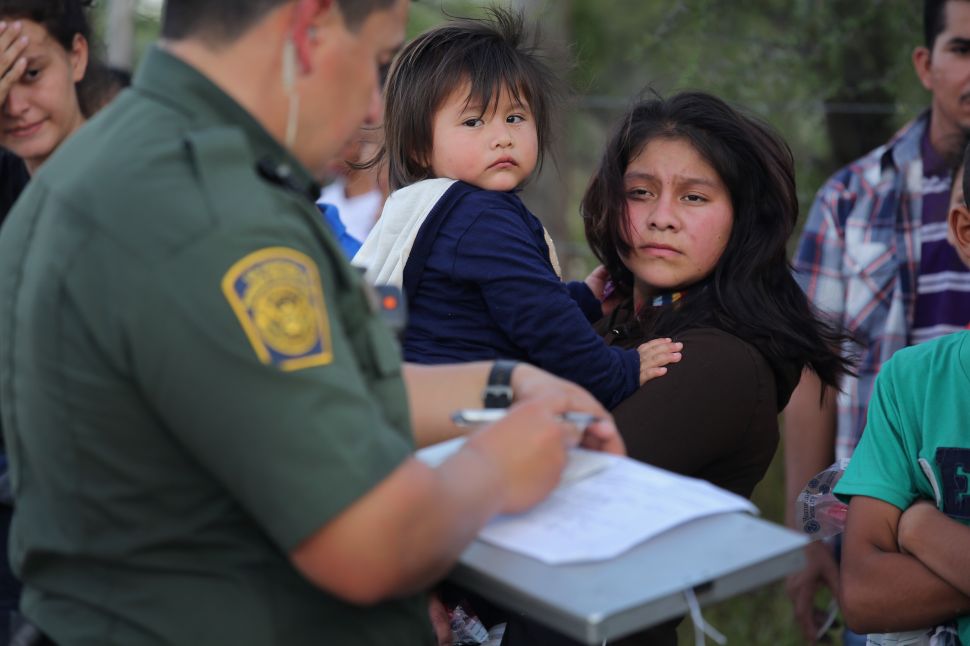