Apparently, Americans really can’t spot a fake British accent, because New York native Thomas Muscatello bamboozled us all. Muscatello is now known as Thomas J. Mace-Archer-Mills, Esq. and has been featured on television for years as a royal family expert. He even had the required newsboy cap to make him look truly English.

You might have spotted Muscatello onscreen providing royal wedding commentary in what he hoped was a charming British accent. Alas, he is not from London. The Washington Post exposed him as an Italian American who grew up in Bolton, Landing, New York—not a posh London suburb.

According to his family, Muscatello first began using a British accent for a high school production of Oliver and never looked back. The anglophile even convinced folks across the pond after he founded the British Monarchist Society, of which he’s conveniently also the chairman—so there’s no one to dispute his accent.

And in an even stranger twist, Muscatello convinced random Brits to be his grandparents. When Muscatello visited England about 20 years ago, he overheard a man explaining the guards’ uniform outside of Buckingham Palace. He asked 83-year-old George Mills if he could call him “grandfather” and he agreed. He then met Mervyn Redding, an 80-year-old in Essex, at an event for the monarchist society. She eventually agreed he could call her granny. It’s all very Rachel Dolezal, only without the pesky toxicity.

Mace-Archer-Mills might admit that he’s a fake British person, but he’s unwilling to drop his faux accent. In the interview below, when confronted about his intonations, he says “The way I speak is the way I speak, it’s nat-uh-rahl to me.” Now, that’s commitment to a personal brand. 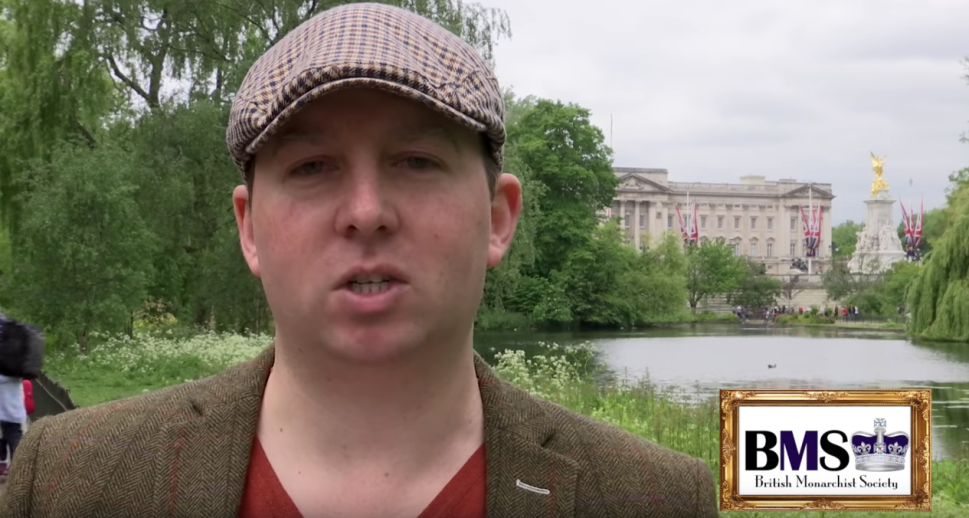