I drove a Ford F-150 last week. This made me the most common person in the United States. The F-150 is America’s best-selling vehicle, by far, defining the American driving experience like nothing ever has. Especially in Texas, where I live against all sense and judgment. Here, when you’re in an F-150, you fade into the landscape just like a tumbleweed or dead armadillo.

The model I was driving was a “Lariat” edition with a 3.0-liter V6 Power Stroke diesel engine. It ran close to $50,000. While that’s not quite the top of the F-150 line, it does represent the apogee of Ford’s truck development. I still can’t believe I’ve reached a period of my life where I only refer to “Power Stroke” as it relates to engines, but this diesel engine makes the F-150 the cleanest-burning full-sized truck on the market. I drove it more than 500 miles over the course of a week, on and off-road, barely drained half the tank, and averaged, as promised, 25 miles to the gallon. That made me happy.

On the other hand, I also realized that’s probably as far as Ford will take things. It developed the “Power Stroke” by necessity. Fuel-economy mandates from the Obama Administration forced America’s carmakers, kicking and screaming, to prioritize fuel economy. But those mandates, like so much else, are now off the table. Ford recently announced it will cease production of all non-truck and SUV vehicles except for the Mustang. Everything’s up-to-date. But it’s gone about as far as it will go.

This is a shame, because the traditional American truck industry is about to silently be left in the dust. The real news in trucking involves electrification. Here are the headlines from the past few weeks alone:

None of this involves consumer-facing personal trucks. But technology tends to trickle down from big industry. However, there are some noticeable names missing from this electric rally call: No Ford, and no General Motors. Apparently, GM has some version of an alternative-energy pickup in the works, but like the other American nameplates, they seem to have a limited towing capacity for change. All the innovation is coming from Europe, or from newer American companies with much less to lose, and with a vision toward shaping the future marketplace.

Let’s be clear: The market demands electrification. While American car companies say that consumers don’t want electric vehicles, that’s largely because they’re not being sold electric vehicles. But on the production, rather than the consumption, side of the equation, electric has been advancing fast. Big business recognizes that electric vehicles are lighter and easier to maintain than smelly, unreliable combustion-engine trucks. The U.S. Army, hardly a radical institution, is looking to develop a full line of electric tanks within the next decade.

All the brainpower and all the smart money in the trucking industry has been trained on electrification. And yet out there on the open highways, consumers are still being told that the “Power Stroke” represents the be-all-end-all of truck life. I liked that F-150 I drove. Twenty years ago, even ten years ago, it would have been a miracle. But you won’t color me impressed until Ford drops off an electric truck in my driveway that I’ll never have to pull into a gas station, that I can just drive endlessly on roads which inductively, and silently, power me up on into the night. Fortunately, Ford has announced a hybrid truck for 2020, though no specs have yet been released as to how much it will get on a charge, or what kind of gas mileage it will obtain. Still, it’s some sort of future. I just hope the population at large buys into it. And I hope it happens before I have an actual stroke.

Update: This story has been updated to include the fact that Ford plans to release a hybrid truck in 2020. 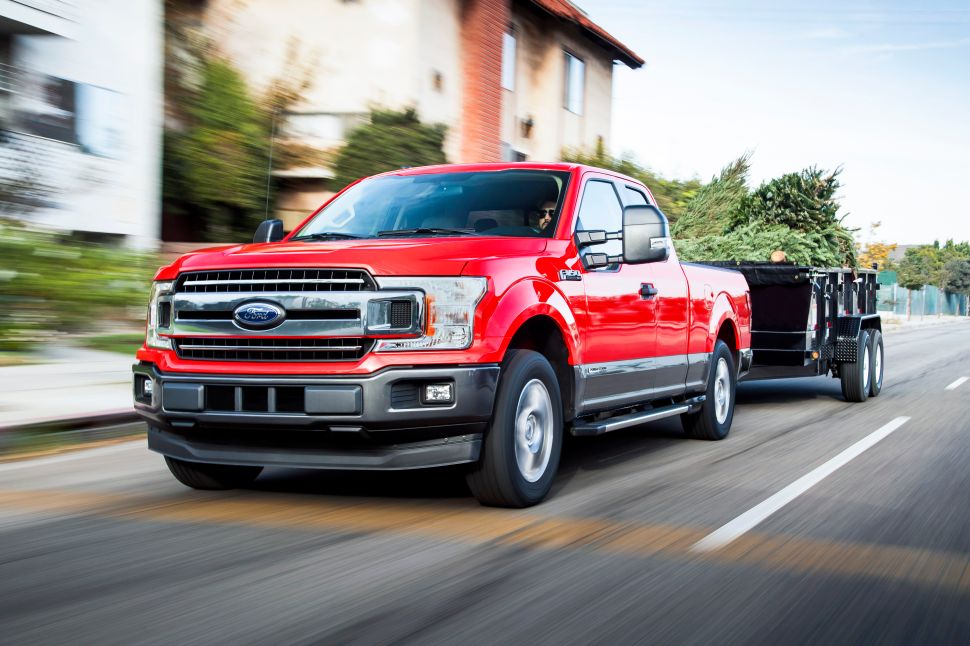