We know next to nothing about the highly-anticipated final season of Game of Thrones. Except that one key character may make a surprise return. And that it’s going to “hit hard,” according to one cast member. And how much each star earns per episode. But other than that, we know nothing. We are the Jon Snow of audiences.

Yet Sophie Turner, who plays Sansa Stark, has taken pity on us poor souls and revealed a few mighty morsels of intel to satiate our unceasing appetite for Thrones. As she tells it, the final season is going to be absolutely brutal.

“I can tell you that there’s definitely a coming together of people,” Turner said in an interview with Gold Derby. “Everyone is coming together to fight the impending doom. There’s a lot of tension between these little groups, battling for what they think is right. It’s Game of Thrones, so it’s going to be bloodier and more death and more emotionally torturous than all the years before.”

Thrones made its name early on with shocking character deaths as author George R.R. Martin, who sounds no closer to completing The Winds of Winter, took great pleasure in killing off our heroes in the source material. Ned Stark, Robb Stark, Jon Snow (for a hot minute); none of our protagonists seemed safe. Yet in recent seasons, Thrones has received some heat from fans and critics for straying away from that strategy. The stakes haven’t felt quite as dramatic lately—it’s hard to believe that no major character met their ends in blockbuster episodes such as “Battle of the Bastards” and “The Spoils of War.”

But since the HBO drama is coming to a close, it’s only natural for fans to expect some of their favorites to perish (there’s no way Jaime survives). Turner’s comments confirm that their is blood to be spilled on the horizon.

Will any of it belong to Sansa?

Turner wouldn’t say, but she did comment on the character’s development throughout the course of the show.

“I always saw something of a warrior in Sansa that I don’t think other people really saw,” she said. “I always had the feeling that she was learning and adapting, and at some point or another, it was going to manifest itself somehow, and she manifested it into being a warrior. It felt really satisfying when it happened, and I’m really happy where this storyline for her has ended up.”

You can watch the full interview below. Game of Thrones season eight will return sometime in 2019. 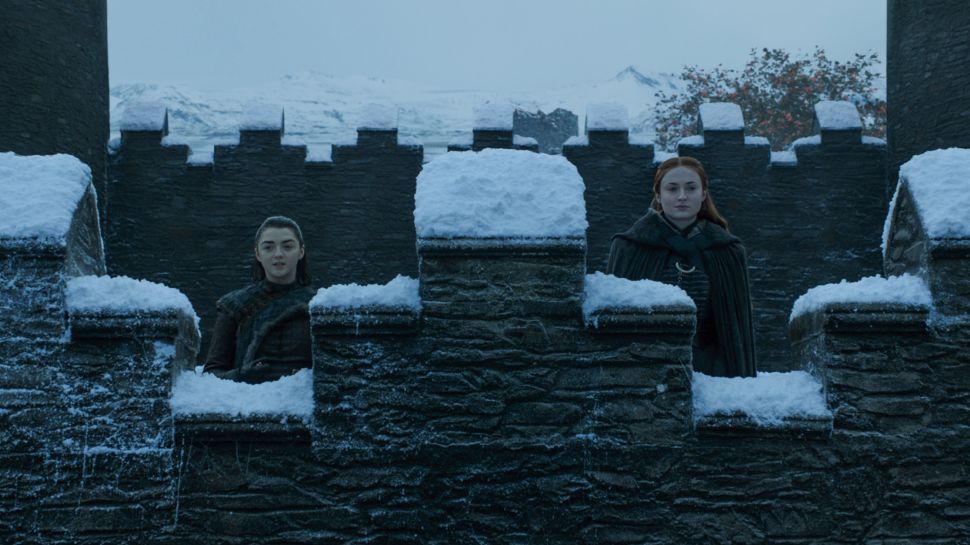