It seems like everyone in the social media universe is jetting off on a tropical adventure right now, but leave it to Gwyneth Paltrow to upstage all the other vacations that are no doubt invading your Instagram feed.

This isn’t Paltrow and Falchuk’s first summertime getaway, as they spent Memorial Day weekend at a resort in Mexico that wasn’t even open to the public yet, because of course they did. It was Paltrow’s second escape there this year, as she and her friends took a private jet to Cabo for her bachelorette in the spring.

So, just how goop-y was this maritime jaunt around Capri? Very, obviously. There were classic #faraglioni snaps, because even Paltrow can’t deny a photo op like that, as well as group boat pictures and a few documented struts around the actual island, where Paltrow donned a black strapless dress and sandals that we assume will be on live on her site within the week.

Paltrow did take a break from her notoriously strict diet regimen, and her soon-to-be husband Instagrammed a slideshow that includes the Oscar-winner with an artfully displayed caprese. Luckily, Paltrow didn’t have to back up her sentiments that she’d rather smoke crack than eat spray cheese, as this mozzarella definitely didn’t come out of a can.

A few paparazzi shots show that there’s no rest for the wellness queen, as she gazed at her laptop on the yacht deck while Falchuk gazed at her. Maybe she was writing more fawning reviews of jade eggs or promoting sex dust, or updating her very relatable “affordable” yachting guide with a few tips from her current trip. Perhaps she was perusing for a fresh pair of $595 pajamas, as one does.

We’re no experts, but from the looks of it, Falchuk is making strides with his own goop-ness, as he was only medium goop-y at the time Paltrow announced their engagement in a semi-nauseating cover of, you guessed it, Goop magazine.

Valentino himself posted a photo on the seas with all of his guests, captioned “Great view, great food and even better company. #Capri.” We wonder if there was any talk of bridal dress designs—Paltrow and Falchuk are reportedly tying the knot at her home in the Hamptons over Labor Day weekend. Hopefully, all her guests come prepared with goop-approved wedding gifts, like a $2,300 Hermès chess set, $195 energy clearing kit or a $1,200 ice cream maker—for raw, organic treats, we assume. 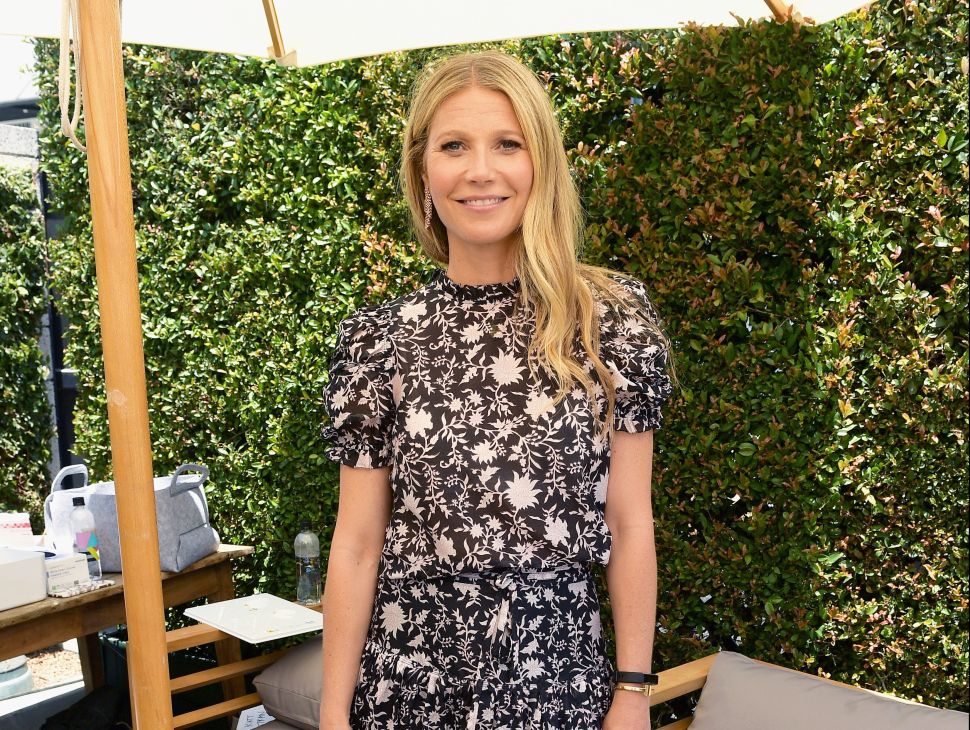