Show us something new. But make it familiar. In our comfort-food era of movie sequels, prequels, reboots and expanded universes, this mantra is drilled into every aspiring filmmaker’s head. If you want to work in the 21st century studio system, originality isn’t an asset. It’s a liability.

So we should be applauding Hereditary, Ari Aster’s critically beloved horror flick, which uses mounting dread and lacerating chills to illuminate the plight of a cursed family unwittingly beholden to demonic possession. Yet that nagging sense of déjà vu is hard to shake. Why doesn’t the movie feel fresh?

Probably because this supernatural spooker is rife with references to other movies. Its slow-burn pacing, long dissolves, drone-heavy music, shots of silent screams, and even a measured zoom on a miniature model that then contains real people are straight out of The Shining. When a candle flame shoots upwards in a sudden burst, it’s a direct quote from The Exorcist. And one scene when Toni Collette is describing how her motherhood was being controlled by someone else feels like a quick synopsis of Rosemary’s Baby.

Talk about hereditary: That same sense of authorial heritage informs the upcoming release Under the Silver Lake, David Robert Mitchell’s neo-neo-noir (retro-neo-noir?) that explores the shady, secret underworld of sunny Los Angeles through the prism of a gone girl. Andrew Garfield plays a nosy, layabout horndog in a nondescript apartment complex who falls hard one night for girl-next-door Riley Keough, and then obsessively tries to track her down when she goes missing.

The film is a cryptic blast of energy—bold, confident, strange, and funny. It’s also, at 140 minutes, a bit of a bore, chock-a-block with naggingly smug nods (both overt and covert) to old films and filmmakers.

Garfield (who has a Rear Window poster in his place) chats on the phone with his mom about the 1928 film 7th Heaven and their shared love of screen ingénue Janet Gaynor. His balcony overlooks an apartment with a chronically topless woman (hello, The Long Goodbye). And there’s a cheeky pool sequence with Keough (who sports a How to Marry a Millionaire poster in her pad) that re-creates Marilyn Monroe’s skinny-dip in the unfinished (unfinished!) comedy Something’s Got to Give.

Garfield literally stumbles across Hitchcock’s grave. Why? Is it part of Mitchell’s celebration of L.A.? Because (ahem) Hitchcock never bothered to set any of his 60+ films in Los Angeles. There’s also a myriad of eerie, crepuscular moments that have David Lynch’s fingerprints all over them—including a freaky sequence with a naked wraith called the Owl’s Kiss. But the encounters never build or deepen.

“It’s so much about the way Los Angeles is understood through the history of cinema,” Mitchell explained at the press conference after the movie had its world premiere last month at the Cannes Film Festival. Sure, film geeks will dig the homages. But to what end? There’s a totemic use of these titles that feels less organic and more ritualistic.

A filmmaker’s best shot at success is to become a critics’ darling at events like Cannes or Sundance or Venice. But the world of budding auteurs can fall prey to its own highbrow recycling. Think of it as film-school one-upmanship. Want to work in a certain genre? Sure, you can be original. But show us your influences. Trumpet your stylish odes. You’ll be taken more seriously if you can reference someone else’s works. Even better if you can peacock your broad knowledge of cinema.

“I love so many different kinds of films from so many different points in history and parts of the world that—depending on the project and what it is—it just kind of comes out naturally,” explained Mitchell at Cannes. “It comes from a deep love for these things.”

A deep love, no doubt. But it also feels like a crutch—or even worse, a security blanket. And that blanket can be just as smothering as it is comforting. Under the Silver Lake, which received mixed reviews in Cannes, had its release date pushed from June to December. That kind of rescheduling could mean re-editing. My recommendation? Lose 30 minutes, specifically some of those film references. This movie can still be saved.

To enjoy Hereditary, however, it’s best watched once. On second viewing, after the film’s climactic secrets are revealed, all the eerie moments that precede the final reveal are quickly explained. The mystery becomes a puzzle. The Shining becomes The Sixth Sense. Kubrickian becomes Shyamalanian.

It’s a valid question to wonder why both Under the Silver Lake and Hereditary use a series of signs and symbols, cryptic messages, coded language and cinematic references to tell their stories. They both feel overstuffed and yet curiously empty—especially when all the pieces are sorted out and put into place.

There’s a sense of that, too, in Oscar-winner Damien Chazelle’s busily banal La La Land. Sure, it’s a tribute to Hollywood musicals—and it dutifully tips its hat to Singin’ in the Rain, The Band Wagon, West Side Story, Funny Face, Broadway Melody of 1940 and An American in Paris. But he’s paying homage while not really advancing the form.

Chazelle ironically also references two films by Jacques Demy (Les demoiselles de Rochefort and Les parapluies de Cherbourg), a man whose movies are also meant to be tributes—which technically means that Chazelle is paying homage to someone who is paying homage. But there’s a difference here. Demy took the conventions of the movie musical and deglamorized them. He de-constructed the conventions and recontextualized them.

There’s nothing wrong in referencing old movies. But bring something new to it. Look at Quentin Tarantino. He’s never directed a film that didn’t somehow riff on, expound, point toward or simply rip off at least a half-dozen other movies—which, admittedly, can be a bit onanistic. But he’s also re-mixing, scrambling and owning the result in a way that, at its best, is delightful. (He even took the 1978 title Inglorious Bastards and literally tweaked it into Inglourious Basterds because he liked the misspelled version better).

Spike Lee cribbed Robert Mitchum’s LOVE/HATE finger tattoos and turned them into Radio Raheem’s blinged-out LOVE/HATE brass knuckles in Do the Right Thing. Brian De Palma knocked off the Odessa Steps sequence from Battleship Potemkin for the climactic baby carriage scene in The Untouchables. And George Lucas stole the opening text crawl from Flash Gordon, the basic plot from The Hidden Fortress, the swordplay from The Adventure of Robin Hood, the Death Star attack from The Dam Busters, and the award ceremony from Triumph of the Will when he made his ultimate pastiche, Star Wars.

Poach away, young filmmakers! But if you do, put your own personal twist on it. Reinterpret it. Reinvent it. Make it your own. Under the Silver Lake is a fascinating study of aimlessness, displacement and unmoored youth. Stop using silly movie trivia as a distraction. Hereditary has a gut-wrenching study of familial guilt drawn with horrifying flair. Don’t use a reductive schematic structure that turns the uncanny into the too-clever. La La Land tells a poignant story about how sometimes the ex-love of your life is actually the most important relationship you may ever have. Fine, you can dress it up with derivative dance numbers, but those moments won’t be half as memorable as your premise.

It’s interesting that recent films like Barry Jenkins’ Oscar-winning Moonlight, Greta Gerwig’s Lady Bird and Boots Riley’s upcoming Sorry to Bother You are so original—and lauded as such. They wear their influences lightly, or not at all. Is it possible that women and people of color don’t feel an obligation to reference a film industry that has excluded them for decades? (But this perhaps warrants an essay all its own.)

It’s harder and harder to cut through the white noise of internet-driven (and internet-distracted) pop culture. Maybe having something to say does require a few gimmicks—even if they might come off as pandering catnip for cinephiles. At one point during the Cannes press conference, a journalist asked Mitchell about a mysterious character in his film who’s responsible for secretly ghostwriting all the most popular songs of the past century—neutering the idea that the most adored creative artists were actually capable of individual expression. “Is it still possible to have an original voice?” the reporter asked.

“What you say is true,” said Mitchell. “It’s very difficult and it’s probably harder and harder as we go.” 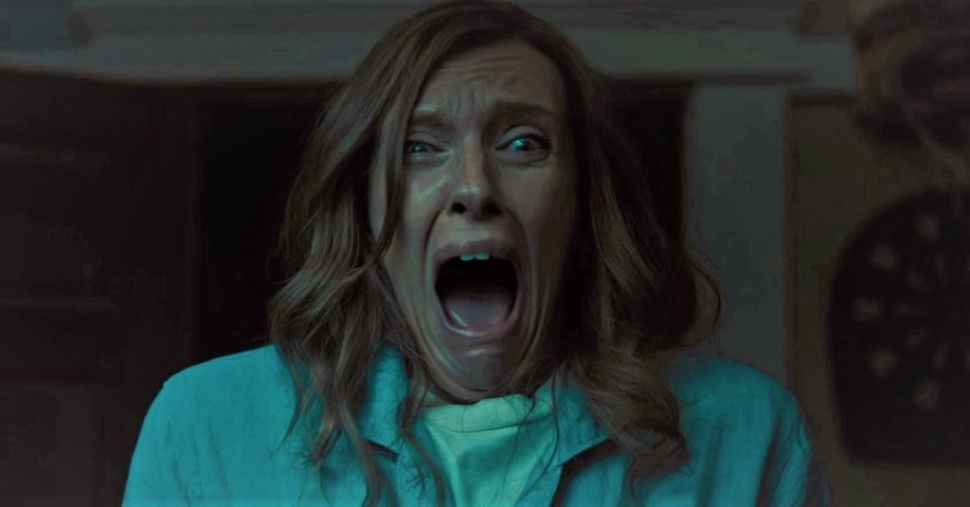