Ever since Elon Musk unleashed the Tesla Model S upon an unsuspecting world five years ago, literally electrifying the car business, we’ve been waiting for actual car manufacturers to catch him. But the car industry works on a long development cycle, moving about as fast as the sloths at the DMV in Zootopia. BMW debuted the funny and cute i3, promising the “dawn of a glorious new age of electromobility,” which proceeded not to dawn. The world yawned at the debut of the Chevy Bolt. Instead, we waited for an awesome new electric car from a legacy maker, something that seemed like an actual vehicle, not a concept car from some sort of tech dystopia.

No one really expected Jaguar, a snotty company that hardly sits at the top of the industry heap, to be the one to burst through the gate. But now, with the debut of the Jaguar I-Pace, that glorious new age of electromobility has actually dawned. The I-Pace, which car journalists have been tooling around Europe for a month or so, is not only the most significant car launch of the year, it’s probably the most important car produced in the last ten years. It’s all-electric, fast, gorgeous to the eye, and gets 240 miles per charge. An instant classic, the I-Pace sets a high bar for the competition, and marks the beginning of a golden age of electric driving.

Jaguar calls the I-Pace an “SUV,” but that’s only because American consumers refuse to buy a car that’s called anything other than an SUV. In reality, it seats five, and has 51 cubic feet of storage space, but only with the rear seats folded down. Because there’s no front-loaded engine, there’s also a small “front boot,” large enough to fit an extra backpack or a bag full of soiled laundry. In reality, this is a high-roofed sedan, comparable to the BMW 4-Series.

With the I-Pace, you’re getting a car with tech that’s not quite as intuitive as what comes in a Tesla. There are still a lot of screens through which to scroll if you want to play music or change the regenerative braking settings. The cooling and heating system operations confused me as well. But these problems pale in comparison with the car’s many strengths.

Let’s run the numbers, as they say on public radio: Powered by two electric motors and 432 battery cells, all of which hide underneath the chassis like some sort of secret r society, The I-Pace generates an impressive 394 horsepower and 512 pound-feet of torque. Because this is an electric car, the throttle responds instantaneously. It bolts from a standing start to 60 MPH in 4.5 seconds.

As part of the endless grift of car-writing, Jaguar flew me to Portugal last week to noodle the I-Pace around country roads. I might as well have been driving a sports car. They even had us spin the I-Pace around an incredibly technically challenging race circuit. As far as I could gauge, it handled beautifully. My Italian instructor kept shouting things like “Neal, Neal, Neal you are not braking soon enough” or “Neal, Neal, Neal you must stay out of the middle of the track.” But even an incompetent driver like me was able to get the car up to its max speed of 124 MPH on the straightaways. We did three laps without any performance lag, and better drivers than me were hooning the hell out of the car, doing full-lane drifts, free-ranging the car like it was an M-spec BMW or better.

Amazingly, the I-Pace has off-road capability as well, using tech imported from Land Rover. It boasts a “wading depth” of nearly 20 inches. We drove it through a high creek while a Spanish hippie fed his goats on the bank, and cruised it up several steep hills with rough surfaces, using driver-assist tech that rivals that on the world’s top off-road vehicles. It’s not a Ford Raptor or a Jeep Wrangler, but considering that the I-Pace resembles a sleek Audi sedan more than a dedicated off-roader, it’s kind of incredible how much capability it shows.

But the most amazing thing of all: We did all of this without burning any fossil fuels. Two hundred and forty miles should be enough to pacify all but the most highly-neurotic range anxiety. The car will take about 10 hours to charge at home using a conventional outlet, but using a dedicated electric charge point, it will take about 40 minutes to charge up to eighty percent capacity. I charted an “electric journey” from Rome to London, and it’s clear that Jaguar actually expects people to make that drive. Driving from Italy to England, without burning fuel, in a car that’s actually good: It’s time to pinch me and wake me up for my automotive wedding day, because the time has actually come.

So what’s the competition like? Jaguar has priced the I-Pace at just under $70,000 for the base model. So it still falls into the expensive car range. But considering that the Tesla Model X tops out at over $100K, and that this car provides all the benefits of the Model X with none of the wonky build quality, it stacks up well. Even the Tesla Model 3, which has promised to bring electric motoring to the “masses,” seems to be pricing out at about $50,000, and it’s essentially a pre-production Hyundai with an I-Pad glued to the dashboard.

Soon enough, the I-Pace will no longer be the only luxury electric bird in the wild. Porsche is getting its own electric SUV ready for market, and Audi keeps threatening to debut the E-Tron. BMW and Mercedes have their electric lineups getting ready for launch in the next couple of years, and so does Volvo. A golden age of luxe electric choices will soon be ready for the Americans (mostly in California) who want them. Elon Musk is about to have a lot more to worry about than pesky journalists and short-sellers.

Because of what’s quite literally, and noiselessly, coming down the road, there’s no guarantee that the I-Pace will win out in the electric car market. At the moment, though, it has no competition, even though there’s no actual electric-car market in the U.S. Jaguar just announced a deal with Waymo’s Google’s self-driving car company, to provide 20,000 vehicles. Google will insert its autonomous tech into this car, creating the world’s first great robot cab. I can’t wait to summon one on my phone. As God is my witness, I’ll never burn carbon again. 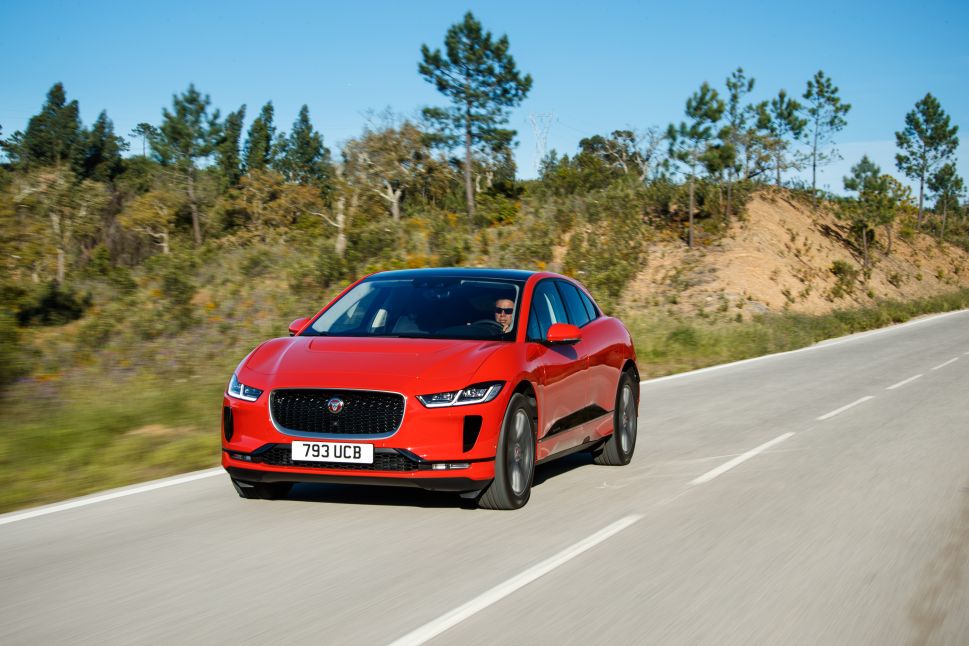