Leave it to Johnny Knoxville to come up with one of the few viable and attractive current strains of Republicanism. The ball-smashing libertarianism on display in the new comedy Action Point—which the former Jackass majordomo stars in, co-wrote and produced—is one that bemoans the nanny state, helicopter parenting, and “corporate douchebags” who litigate the fun and creativity out of our lives. It is a philosophy that is decidedly anti-regulation and preaches personal responsibility, as in, if I want to capture a squirrel by sticking some nuts in my shorts and having it crawl up in there, then by golly, why shouldn’t I?

To tell the story of the eponymous theme park—modeled on Action Park, the infamous Vernon, New Jersey lawsuit-magnet beloved and bemoaned by many a tri-state Gen Xer—Action Point begins with Knoxville (resembling a latter-day Robert Culp in latex-slathered Bad Grandpa mode) recalling for his granddaughter his glory days as the owner and operator of the country’s most dangerous summer destination. (Curiously, the story is set in the 1970’s despite the real Action Point’s heyday being the 80s and 90s.) The indifferent plot involves him and his band of Schlitz-swilling misfits—the only one who is even rudimentarily sketched out is the hatchet-wielding Benny played by Knoxville’s Jackass co-conspirator Chris Pontius—as they try to save the place from a takeover by a Six Flags-type corporate amusement park.

Knoxville is a strangely compelling leading man. Equally vulnerable, manically optimistic and masculine, he is reminiscent of Jim Carrey’s old impersonation of Jimmy Stewart. It speaks volumes to his abilities and enthusiasm that he is able to keep the endeavor aloft between stunts despite a paper-thin story and next to no support. The film is further buoyed by the wide angle, almost anthropological approach of the British TV director Tim Kirkby (Fleabag, Brockmire) making his film debut. And rather than slathering on the AM gold typical of these types of period pieces, the film wisely keeps to outlaw country deep cuts, like Waylon Jennings’ “Ain’t No God in Mexico.”

Still, there is something noticeably absent from Action Point, namely the rest of the Jackass crew. Having just Knoxville and Pontius on hand gives the movie the feel of one of those reunion concerts where only the lead singer and bass player bother to show up. But it’s less for the guys themselves (personally, I can live without the talents of professional pooper Dave England) than for the infectious laughter, chaotic camaraderie, and genuine male friendship that would erupt after every outrageous stunt. These joyous and spontaneous outbursts served to soften the various blows, at least psychologically, on both performer and audience. With only Pontius’ sputtering “Huh-huhs” on hand in Action Point, the pain of a bad splash down or wipeout tends to echo uncomfortably in the relative silence. 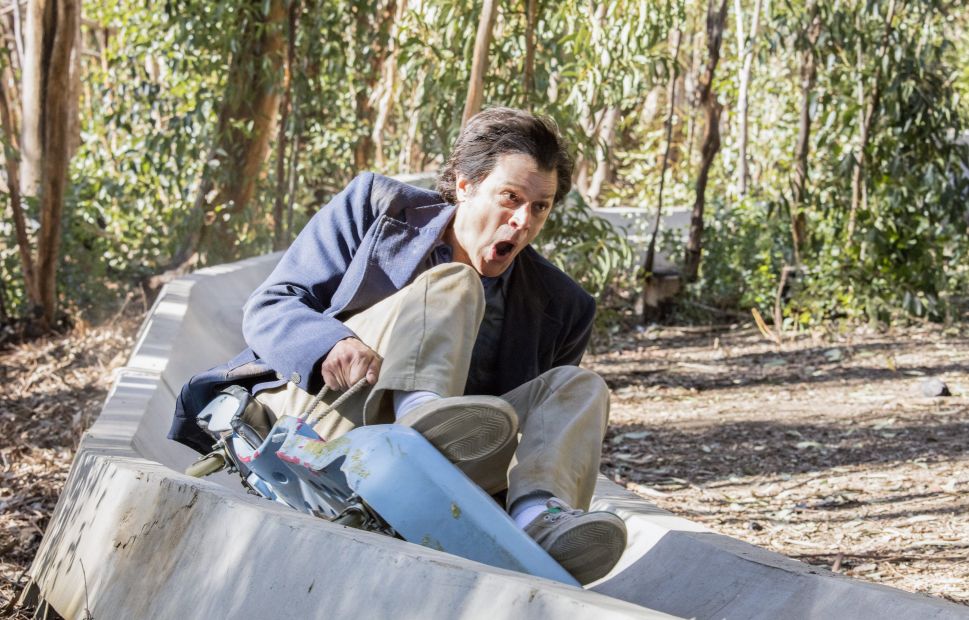