Can a crowdfunding campaign kickstart Malaysia’s economy? Doesn’t look like it.

The Asian nation has a $251 billion national debt that it it’s having trouble paying off. So it’s turning to Malaysian citizens for help.

This week, the government launched the Malaysia Hope Fund as a last-ditch effort to raise the money, which accounts for 80 percent of Malaysia’s GDP. All the money collected will be audited.

The fund is not accepting donations online—they can only be sent to a specific local bank account. And perhaps because of that wrinkle, donations aren’t quite pouring in at the moment.

Initial estimates show the Malaysia Hope Fund has only raised about $1.76 million so far.

Several Malaysian citizens have also started their own crowdfunding campaigns, which are channeling the money to the Minister of Finance. But these efforts have only brought in about $3,600.

The Finance Ministry is putting a brave face on things, saying it’s “humbled” by the donations toward Malaysia’s “staggering debt.”

“Truly, Malaysians have taken their patriotism to a greater height, willing to part with their allowances and spare cash to help rebuild this nation we all love,” the ministry said in a statement.

But patriotism only goes so far. It’s an unavoidable fact that Malaysia has to raise about 100,000 times more money in order to pay off its debt.

It’s not exactly clear how that will happen, though the Finance Ministry is underlining the fact that donations to the Hope Fund are tax deductible.

This colossal debt is a byproduct of Malaysia’s scandal-plagued former prime minister Najib Razak. He was accused of money laundering, among other crimes, which exposed the country to massive liability.

That means the Malaysian government was running a deficit when the economy was both up and down. That’s not sustainable—in good times, Malaysia (or any country) should be saving or paying down debt.

This carelessness has real world effects. Countries with large debt can lose credit or bond ratings, and investors also usually pull out. As a result, currency gets devalued, banks close and the country can fall into economic ruin.

Malaysian Prime Minister Mahathir Mohamad has tried several strategies to reduce its debt, including cutting down on large projects, getting rid of some government agencies and reducing ministers’ salaries.

This week, the country also officially ended the hunt for the missing Malaysia Airlines flight MH370. The search, in which Malaysia partnered with a Houston company, cost between $20 million and $70 million.

Mahathir deserves credit for trying to tackle the debt by ending fruitless searches and using modern methods like crowdfunding.

But sadly it doesn’t seem to be a huge success thus far. Malaysia is apparently very good at making both funds and planes disappear. 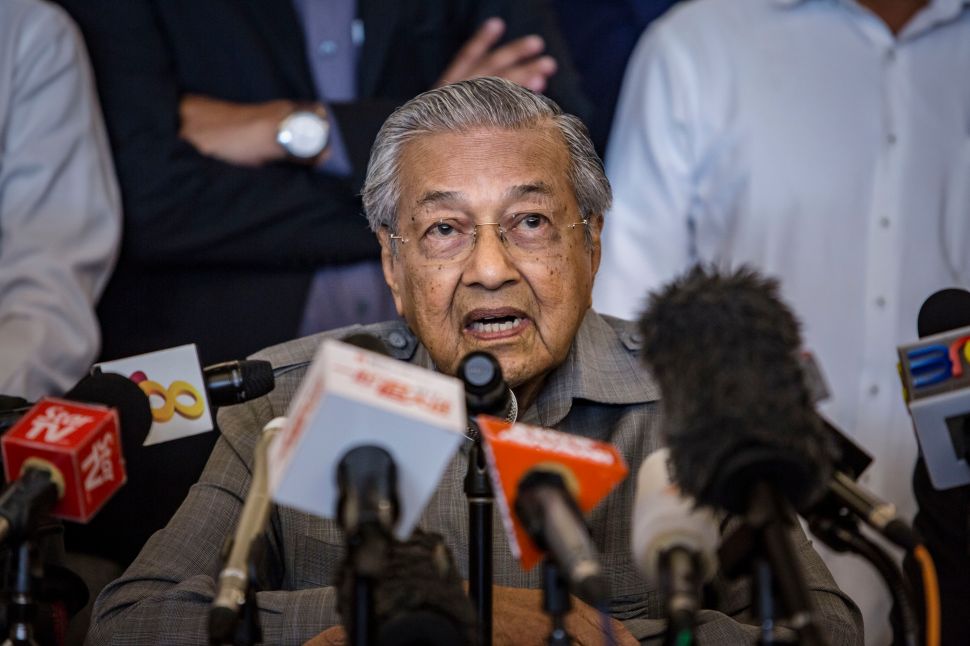