The ratio sure is getting a workout today.

Twitter’s golden rule states that if there are more replies on a given tweet than likes and retweets, the tweet is truly controversial.

Last night, the host on station WGN in the Windy City decided to share his thoughts on the #MeToo movement (always a risky move for a man).

Apparently Williams didn’t believe this story, because he quoted Guth’s tweet with an offensive postscript.

See, this is what I mean. Does any of this stuff really happen? https://t.co/q86vZGbOsn

Over the past day, a posse of women has confirmed that this does, indeed, happen. They’ve also broken the ratio wide open.

The tweet currently has 36 likes and three retweets. But it’s notched over 1,100 comments and growing.

Both men and women have commented on the post, and many have tweeted some variation of “John, you’re an idiot.”

So every woman is making it up because you’ve never seen it. Bitch, sit down. Grownups are talking.

hi just popping in to contribute to the delicious ratio and say two things:

1.) if you don't think this happens, you either don't know any women or you've never actually listened to them
2.) go fuck yourself

Do you call all of your co-workers liars or just the female ones?

Others shared their own painful stories of sexual harassment.

I once didn't respond to a cat call from a group of dudes and they threw rocks at me.

I had a guy run up to me at Walmart and hand me a slip of paper once. As I was a student at the time, I thought I'd dropped some class notes. Then I unfolded it and saw that he'd handed me his number.

A guy on the street told my girlfriend once that she had a nice ass and when I snapped at him, he apologized TO ME because he didn't realize she had a boyfriend. You're a moron.

Literally all the time but my favorite one was when I worked at a grocery store and a guy told me that I should be his girl and have his babies and I wouldn’t have to work there anymore bc he’d take good care of me. Then I processed a money transfer for him from his mother.

This morning. 6:45am I walk out of my condo bldg with the dog, in exercise clothes, no makeup, just woke up. Guy we walk by says "good morning!" And makes a kissy face. He's about 65. I'm 33. My husband joins me 2 minutes later and we pass him again. No comment this time.

Can never tell WHO, WHEN. Never understand why. it's an invasion, but somehow still unexpected, b/c I'M just – – existing

Williams stubbornly won’t back down, however: he hasn’t deleted the tweet or commented further on his missive.

But this is a bigger issue than just one offensive tweet. Men as a whole have proven unprepared for recent sexual harassment revelations.

A recent survey from Glamour and GQ found that 41 percent of males haven’t even heard of #MeToo. Only 31 percent of men had talked about these issues with a female friend, while 47 percent hadn’t discussed them with anyone at all.

More than 80 percent of men said accusations of sexual misconduct could harm the reputations of people who don’t deserve it (like George Takei).

Some men are even angry that the movement exists at all, because it will interfere with their love lives.

“Men are getting pushed out of the flirting game,” one respondent said. “Most women these days are turning to each other for sex.”

When sentiments like this are so pervasive, Williams’ feelings sadly aren’t that surprising. Hopefully this tweet’s head-spinning ratio will convince him (and other men) that sexual misconduct is a real problem. 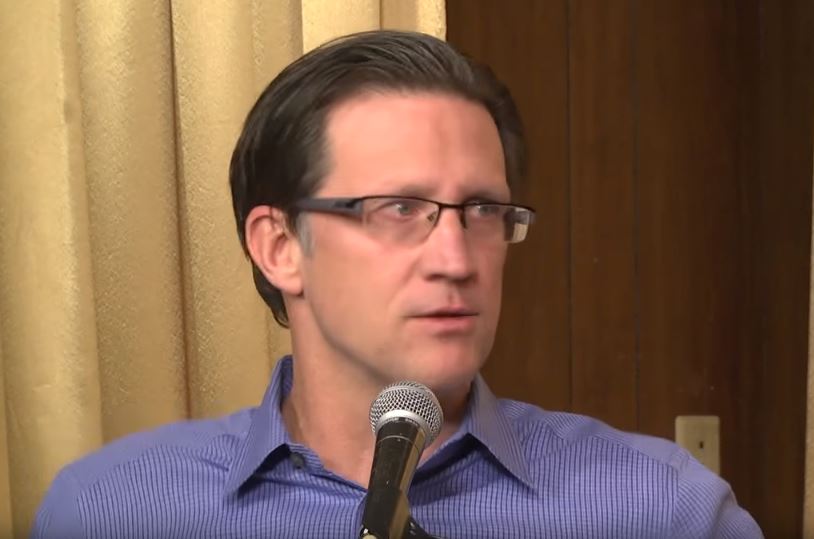