I love superhero movies, I love Pixar and I definitely love Dwayne “The Rock” Johnson, but with apologies to all of the upcoming films that fall into those categories, my most anticipated summer release is Tom Cruise’s Mission: Impossible—Fallout. Not only has Paramount’s promotional campaign for the sixth entry been flawless with two excellent trailers, but the Mission: Impossible franchise is also the longest-running movies series (22 years) without a reboot or major sabbatical. That it’s the most consistently good, long-running franchise is also a major selling point of Cruise’s globe-trotting action spy thrillers, not to mention the “holy shit” practical stunts the Hollywood big shot subjects himself to.

But can Cruise, 55, still open a major tentpole in a crowded summer blockbuster season? Let’s take a look at the worst case, best case and most realistic scenarios for Mission: Impossible—Fallout at the box office with the understanding that this is a way-too-early exercise without the he help of any tracking data, so take it with a grain of salt.

Mission: Impossible III is the lowest-grossing film in the franchise at $134 million domestic and $393 million worldwide. A lot of that had to do with Cruise’s nightmarish PR in 2006, which derailed Paramount’s promotional campaign and overshadowed the film’s positive reviews.

The disappointing box office return also came at a time when fantasy concepts and superhero movies were steadily climbing up the Hollywood hierarchy. Pirates of the Caribbean: Dead Man’s Chest was the year’s highest-grossing movie and X-Men: The Last Stand out-earned Mission: Impossible III worldwide (with the under-performing Superman Returns close behind it).

If Fallout were to open to a similar $48 million as III—en route to an over/under $400 million worldwide take on the back of bad reviews and/or franchise fatigue—it would undoubtedly be considered a major disappointment, especially on a budget assumed to hover around $150 million. Word-of-mouth can sink a late franchise entry such as this, so it’s imperative that Fallout earns positive reviews out of the gate.

While theaters are even more crowded with superhero fantasy blockbusters today than they were a decade ago, the market has become so saturated with them that a human-focused throwback action flick is now considered attractive counter-programming. As such, we don’t see Mission: Impossible—Fallout putting up numbers anywhere near Mission: Impossible III.

2011’s Ghost Protocol served as a sort of soft-reboot for the franchise by managing to intertwine the series’ one-off adventure allure and its years of continuity into one highly entertaining action feature. The film’s Burj Khalifa sequence is legitimately one of the most amazing action set-pieces in movie history. Ghost Protocol earned $209 million domestic and a franchise-best $695 million worldwide.

Rogue Nation built off that momentum with similar OMG stunts (Cruise hangs onto an airplane in flight), while introducing Rebecca Ferguson in a buzzy frenemy role. The movie continued posting top-tier numbers with $195 million domestic and $682 million worldwide.

The best case scenario for Fallout, which sees Christopher McQuarrie returning as the only director to helm multiple installments, is that it plays like the breakout culmination of this recent run of reinvigorated M:I movies. Think The Dark Knight Rises or Furious 7 in terms of build-up. Adding Superman actor Henry Cavill to the cast following the whole Mustache-gate ordeal is, believe it or not, actually an added value element that may have helped spread awareness.

Also helping the film’s cause is that it’s the first one to play in 3D, which will likely lead to a higher total overseas. If we’re talking pie-in-the-sky estimates, Fallout could match Mission: Impossible II‘s $215 million domestic figure and top Rogue Nation’s $488 million overseas figure for a worldwide total closer to $800 million.

Only two films in the series have topped $200 million domestic, so that may be a tall order for Fallout, especially as it’s not the only straight-forward human-focused action movie of the summer. Fallout is sandwiched right in the middle of Johnson’s Skyscraper (July 13), Denzel Washington’s The Equalizer 2 (July 20) and Mark Wahlberg’s Mile 22 (August 3), three star-driven late-summer vehicles that could have decent legs. While none are expected to be world-beaters, they’re not expected to be pushovers either.

Realistically, let’s say that Fallout matches, or comes close, to Rogue Nation’s $195 million domestic total and does big business internationally thanks to those juiced 3D numbers. Let’s also say that the movie lives up to the hype—social media buzz has been universally positive and the film has been discussed as one of the most anticipated summer releases by numerous outlets—and earns strong reviews and word-of-mouth from the jump.

If everything breaks right for Fallout, it stands a good chance at threatening $700 million worldwide to become the highest-grossing entry in the franchise. That may sound like it’s more on the optimistic side, but it’s also what the tea leaves are suggesting. 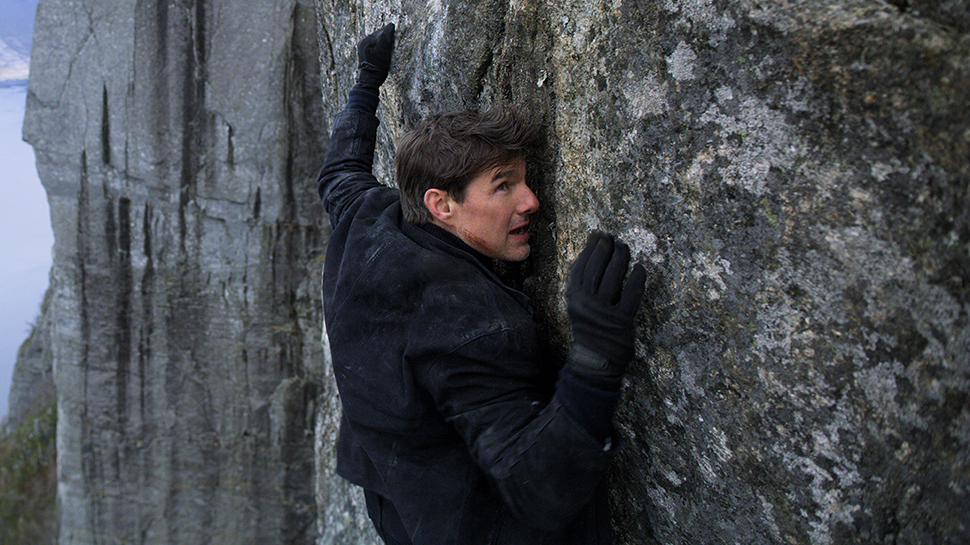