Now that Prince Harry is officially married, your opportunities to marry into the British royal family are dwindling…but that’s where Louis Spencer comes in.

It’s becoming increasingly difficult to meet someone who has access to a tiara collection, especially since the Monagesque royals seemingly get engaged daily. And while Queen Elizabeth’s grandnephew Arthur Chatto has mastered the art of the thirst trap, he is still technically a teenager.

The Spencer siblings are best known for being England’s answer to the Kardashians—but Louis Spencer definitely isn’t Rob—and not just because he doesn’t have his own sock collection. The late Princess Diana’s nieces and nephews have been tabloid fodder in London for years, but it’s only now that the 24-year-old Louis is the one to watch after his dapper appearance at the royal wedding.

By marrying Louis (not to be confused with the royal baby, Prince Louis), you’d even get your own title. Prince Harry and Prince William’s first cousin is known as Viscount Althorp. And, unlike his cousins, he still has all of his hair.

But if you want to marry Louis, you need to be ready to handle tabloid drama. His sister, Lady Amelia, was arrested in 2011 after allegedly kicking a man on crutches in a McDonald’s. Despite facing assault charges, she made it to Prince William and Kate Middleton’s wedding. Lady Kitty has been famous in recent years for her runway work and her particularly active Instagram. Unfortunately, Louis no longer has an Instagram (or it’s on lockdown like a certain Bachelorette contestant), so you can’t slide into his DMs with the crown emoji.

The Royal Family stopped by. @louisspencer Nephew of Princess Diana 😍 – he said he wants to marry me 😂 #LONDON #ThePinkprintTOUR ❤️❤️❤️

Alas, you might have some competition. When Louis attended a Nicki Minaj concert in London in 2015, he allegedly told the rapper he wants to marry her. 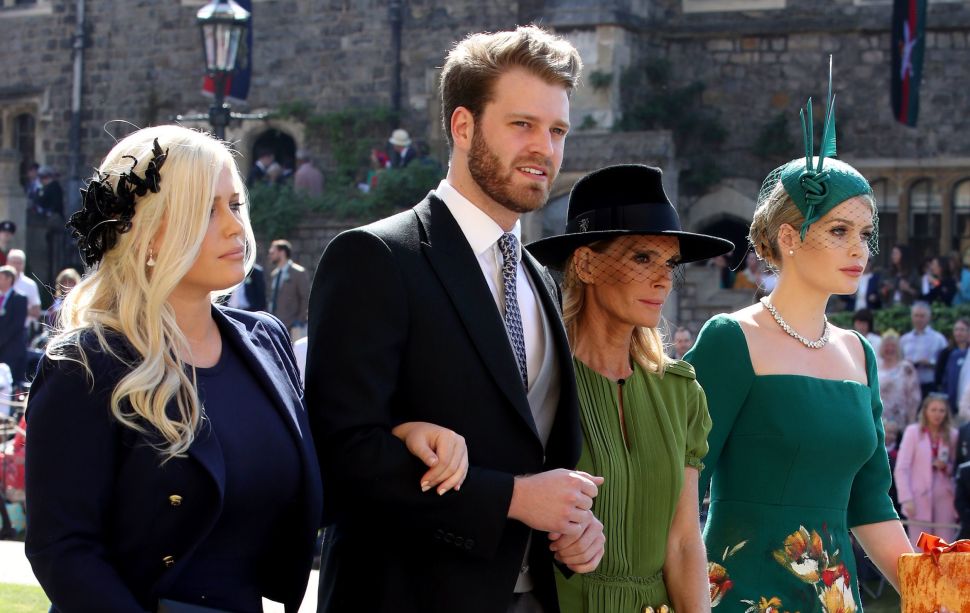