While the superhero bubble has been steadily growing larger since the late 1990s, the genre has positively exploded over the last decade. DC’s The Dark Knight and Marvel’s Iron Man both redefined what a superhero feature could be in 2008, while cementing the genre as a massive moneymaker. Studios have been pumping the market full of capes and cowls ever since.

Over the last two years, more superhero films have hit theaters than ever before—with 18 titles in just 24 months. In that same time frame, 22 superhero TV shows have aired across multiple networks and platforms. Between film and TV, four actors have played the Hulk, nine have played Batman, four have played Spider-Man and 11 have played Superman.

With no end in sight to the all-consuming superhero genre, now is the perfect time to ask which superhero is the most famous and explore if that notoriety necessarily translates to success.

The Caped Crusader boasts a market-leading 12 film appearances, with Superman coming in at a close second with nine. Together, they give DC Comics a commanding hold on the top of the leader board. However, despite the frequency with which they pop up on the big screen, the quality of their respective films has been up-and-down over the years.

1978’s Superman: The Movie launched the comic book blockbuster genre with 1989’s Batman continuing the trend. But the latter films in Christopher Reeves’ run as the Man of Steel—Superman III (1983) and Superman IV: The Quest for Peace (1987)—did not fare well with fans or critics and produced diminishing box office returns. 2006’s Superman Returns underwhelmed relative to expectations, and WB shelved its plans to move forward with that iteration. The Man of Steel reboot also under-performed in 2013, and the DC Extended Universe (DCEU) version of the character has proven to be divisive.

The Batman franchise similarly went through a dark period after its first couple of successful movies, with 1997’s Batman & Robin effectively banishing the character for eight years after getting skewered by moviegoers. Christopher Nolan‘s Dark Knight trilogy revived the property and brought it to new heights, but the DCEU has thus far failed to fully capitalize on Bruce Wayne’s massive popularity.

No hero is impervious to a bad outing, as the three Marvel characters rounding out the top five can attest.

Hugh Jackman’s Wolverine went out on a high note with Logan, but only after enduring the failures of X-Men: The Last Stand and X-Men Origins: Wolverine. Spidey has been the most frequently rebooted character of this generation, and Tom Holland’s current Marvel Cinematic Universe (MCU) version may be the best of all. But things were looking pretty bleak there from 2007’s Spider-Man 3 through 2014’s The Amazing Spider-Man 2. And the less said about 2010’s Iron Man 2, the better.

Overall, DC may have the top-two most-used movie characters, but their lineup has been overly top-heavy and inconsistent (though The Dark Knight trilogy marks a high-point for the entire genre). Only recently has Warner Bros. begun developing solo films for its roster of other characters, but the resulting efforts have been a bit of a mess. Conversely, the MCU is the single-most consistently successful entertainment entity in Hollywood history.

Since 1980, Marvel has released 47 superhero movies compared to 29 for DC. The median Rotten Tomatoes rating for Marvel is 73 percent, compared to just 48 percent for DC. Marvel, on average, has earned $536.1 million per movie, while DC’s films have taken in $431.6 million, according to Finder.com.

The TV category is more evenly distributed, giving DC more room to puff out its chest. Once again, Bats and Supes claim the top-two spots, which is a testament to the enduring star power and cultural reverence of the characters.

Superhero TV shows dating back to 1950 show that DC has outpaced Marvel, with a total of 189 for DC versus 116 for Marvel, most of which were animated (64.6 percent), compared to live action (35.4 percent). Warner Animation Group’s DC content has been praised throughout the years for its more mature themes and layered storytelling, with Batman, Superman and Robin taking lead roles in countless small screen adventures.

On the live-action side, Marvel’s highest-rated series is ABC’s Agents of SHIELD at 95 percent on Rotten Tomatoes, and the average score of its top 10 shows is 83 percent. Those shows notably do not include any of the Marvel heroes on the ranking above. Many of them, however, do take place in the MCU, giving them a greater importance for the overarching narrative of the studio.

DC’s top superhero show is The CW’s Black Lightning with a 97 percent rating on Rotten Tomatoes; the average score of its top 10 is 87 percent. While Batman and Superman do show up in quite a few series, and the brand is set to launch its own streaming service this year with both live action and animated offerings, they do not take place in the same continuity as the DCEU.

As two of the oldest and most iconic crime fighters, it’s understandable why Warner Bros. and DC have poured so many resources into the Bat of Gotham and the last son of Krypton. However, that narrow focus has come at the cost of DC’s other popular characters, and as quality has waned, so too has public interest and box office grosses. The studio’s television properties are thriving by and large, but that may not be enough to cover the widening gap in popularity.

Marvel has a more diverse repertoire largely due to the sprawling X-Men films and the fact that Marvel Studios had to create its roster of big screen heroes without the use of the brand’s most popular characters (the rights to Spider-Man and the X-Men belong to Sony and 20th Century Fox, respectively). As a result, former B- and C-level heroes like Iron Man and Thor have now become dominant commodities in their own right.

At the end of the day, fame and popularity does not always equal success. What is most important above all else, even brand name recognition, is quality. 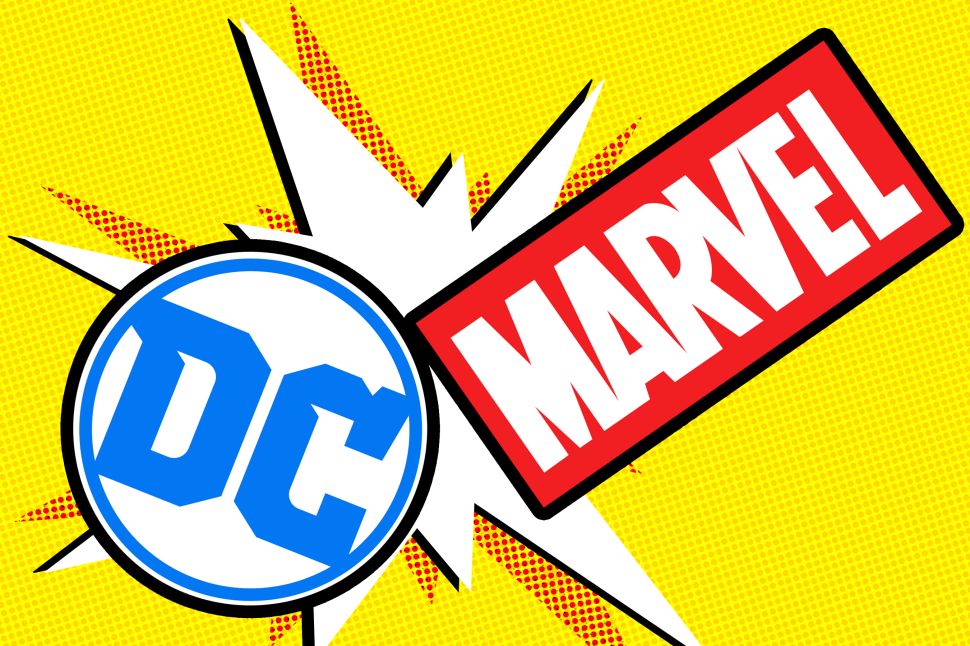