President Donald Trump hates MS-13, but he apparently doesn’t care about stopping them. If he did, he would have never enforced a policy of separating children from their parents at the border, an act that will only fuel the cycle of trauma, violence, drug abuse, and gang activity that churns through underprivileged communities throughout the country.

Trump’s overtly racist rhetoric and policies toward Latin American immigrants have often focused on stemming the flow of gang activity from south of the border, using groups like MS-13 as bogeymen to stoke fear toward an entire population of refugees, many of whom are fleeing violence from gangs or repressive governments themselves. And for weeks, as part of a policy of “zero tolerance” enacted by the Trump administration, ICE and Border Patrol officials have been separating immigrant children from their parents—many of whom came to the country seeking legal political asylum—and detaining them in federal custody for indefinite amounts of time, at often-undisclosed locations.

But draconian border policies won’t keep gangs out of the country. They’re already here, and stripping vulnerable children from their families only makes these kids more likely to join the cycle of violence. Research shows that unstable home lives and living situations, coupled with a past history of trauma, can be major factors in whether or not a kid joins a gang. And Alex Sanchez, the founder and executive director of anti-gang community organization Homies Unidos, says the trauma that children who leave Mexico or Central America face on their way to the U.S. is unimaginable to people who were born here.

“When they make it to the border, there is the expectation that the U.S. is going to provide the shelter, the safety where they’re going to be listened to,” Sanchez said. But instead, families find themselves ripped apart, something Sanchez says “really creates a sense of this continued trauma that these kids have embarked on since they left their country.”

After crossing the border, children are now being held in detention centers. If they eventually get a shot at life in the U.S., they’ll likely be placed in a new community by the Office of Refugee Resettlement, a Department of Homeland Security subsidiary. The Government Accountability Office has repeatedly found that the Office of Refugees and Resettlement lacks the resources, record-keeping systems, and programs to give children a fighting chance at making a better life, something Sanchez says places them in danger of joining a gang, using drugs, or participating in other “self-destructive behaviors.”

Sanchez repeatedly stressed that children do not come to the U.S. to become gang members. But according to a 2009 report by the National Gang Crime Research Center, a history of trauma and a lack of programs and institutional support directly affect a kid’s susceptibility to joining a gang.

“Gangs take advantage of the crises adolescents face in growing up, presenting themselves as one of many reference group choices at a time in the child’s life when peers have the most influence,” the report’s author, Stanley S. Taylor wrote.

In school, particularly, unaccompanied minors or immigrants stripped from a stable family unit often struggle to adapt, because teachers and counselors don’t account for the trauma they’ve experienced.

“If people are looking at their problem as being misbehavior, rather than what they’ve been exposed to, and they’re kicked out, pushed out, branded as a troublemaker, they’re more vulnerable to all the issues,” Sanchez said. “If they’re being bullied and the administration doesn’t help them out, they’re going to look to see who can protect them. It’s not that they want to come and become part of a gang.”

Making a positive difference and potentially saving lives, Sanchez said, starts in how we speak about the children most impacted by the current administration’s hostile policies.

“If we start praising them for their courage and build up from there—the resilience of these kids is to be applauded,” Sanchez said. “Many kids in the U.S. will never experience what these kids have experienced in such a short age. They’re survivors, but they also adapt to those survival methods in their communities. These are youth at risk because of the trauma they’ve experienced, and we need to see it through that lens.”

On Wednesday, Trump signed a largely-superfluous executive order ending Sessions’s enforcement of child separation policies, but an enormous amount of damage has already been done. Thousands of families have been pulled apart, and public defenders on the border say the government has no functioning system of records as to where they are and who they belong to. There are thousands of children trapped as prisoners of the state, who will grow up struggling to integrate into temporary family units or communities already plagued by racism, discrimination, and poverty—all symptoms of the country they placed their hopes and dreams on failing them in every way. 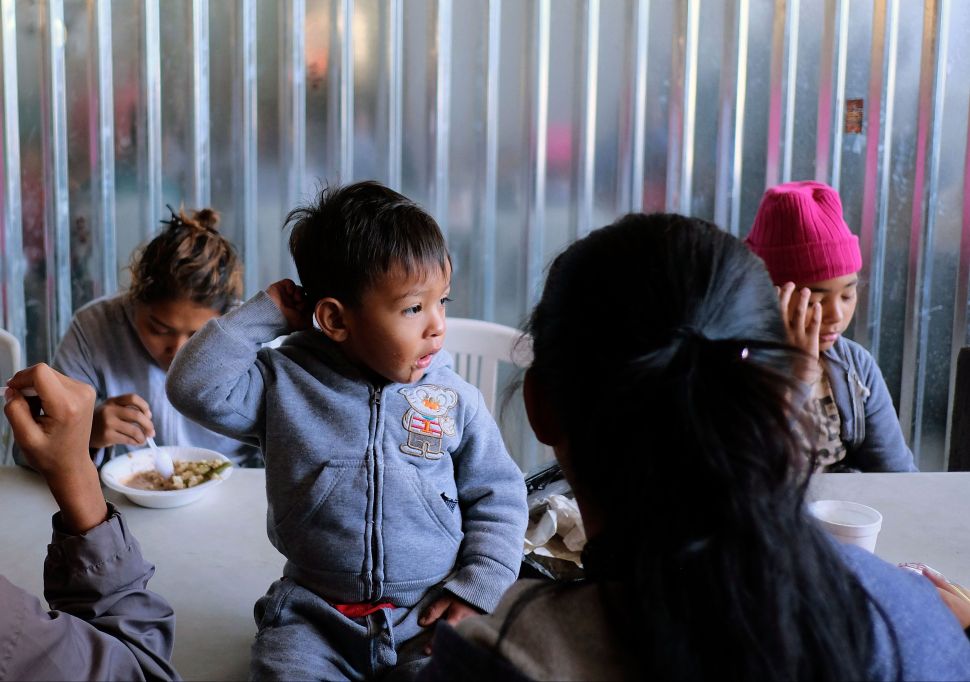