The historic meeting between President Donald Trump and North Korea leader Kim Jong-un earlier this month, although not delivering any specific results, prompted many in the western media to think the world may be one step closer to complete denuclearization in North Korea. But people more familiar with North Korea’s ruling family are not so optimistic.

Hyeonseo Lee, a North Korea defector who fled the country 20 years ago and later married an American man, had never thought of the possibility of the president of the United States meeting with the leader of her home country. Even now that the most unthinkable has made history, the whole thing still feels unreal.

“The world has a delusion about Kim Jong-un right now,” Lee said at the Forbes Women’s Summit in New York on Tuesday. “None of us [who have lived in North Korea] believe he will actually give up nuclear weapons, although I wish he meant what he said because the North Korean people really need it.”

But she could see the desire for this symbolic meeting to happen from both sides.

“When President Trump abruptly cancelled the meeting in the middle of the negotiation, I knew immediately that he would change his mind and the meeting would happen eventually,” Lee told Observer. “It was just my instinct. I knew that both Trump and Kim Jong-un really needed that meeting, and Trump was really good at pushing someone into a deal.”

Lee was one of the eight North Korean escapees who met with President Trump in February at the White House, where she made a quite specific proposal to Trump.

“When I met with President Trump, I skipped all my personal stories and asked him for just one thing: helping those North Korea defectors hiding and suffering in China get their freedom,” she said.

That request ties back to her own escape experience.

Lee grew up near the North Korea-China border in a comfortable family. Her father was a military officer, and her mother a high-ranking member of a state-owned company. Lee said she had no idea how badly the regular people in North Korea were suffering as she grew up. But, at the age of 17, the idea of leaving the country emerged after Lee got her first glimpse of the free world from Chinese television. (Residents near the North Korea-China border occasionally receive television signals from China.)

“It was just regular TV—news programs and commercials. But I had never seen anything like that before. I was shocked that a bottle could appear on TV [in a commercial],” she joked. “In North Korea, even a regular person is rarely seen on TV. It was propaganda programs all the time.”

Thanks to her family’s influence in the military, Lee was able to cross the border to China under some sort of protection. But the real challenge had only begun. Due to an agreement between China and North Korea, Chinese police would arrest North Korean refugees as political criminals and repatriate them back to North Korea.

In her memoir, The Girl with Seven Names: A North Korean Defector’s Story, Lee recounted horrific stories of escaping brothels in China, being kidnapped by local gangsters and pretending to be deaf in order to avoid interrogations by Chinese police during bus trips from China to South Korea.

North Korean defectors’ escape stories are often echoed with strong empathy in the western world, but there is a dark side to it. As more defectors have spoken out about their experiences to the media, skeptics have questioned the truthfulness of some of these stories. High-profile defectors-turned-activists like Lee are criticized by haters for trading their stories for attention.

Asked about her thoughts on these controversies, Lee frowned slightly.

“I hate it, really,” she said. “I think we should focus on the bigger picture here. Everybody knows the regime in North Korea. Just because a few people make up their stories doesn’t change the fact that millions of people are suffering in North Korea.” 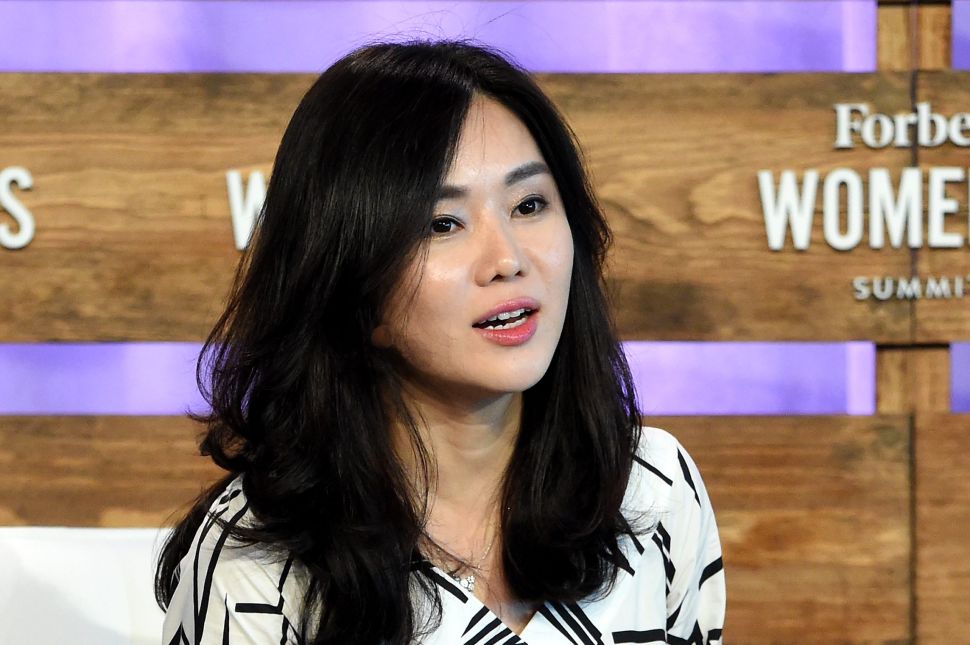