“The mystery of Love is greater than the mystery of Death,” murmurs the title character of Salome as she takes a breather from canoodling with the severed head of John the Baptist. The concupiscent princess inadvertently makes an important musico-dramatic point here: opera is sometimes about death, but it is always, to the point of obsession, about love.

And so it would seem that perhaps the greatest love story of our generation, Brokeback Mountain, familiar as a short story by Annie Proulx and a successful film adaptation directed by Ang Lee, would be a natural for operatic treatment. After all, the story, a mostly plotless meditation on the angst of thwarted love, is essentially a working-class same-sex variation on the greatest of all operas, Tristan und Isolde.

What drives Tristan, of course, is Richard Wagner’s music, manically surging and ever disdaining the comfort of a tonic resolution. The same description could be applied to Charles Wuorinen’s score for the opera Brokeback Mountain, which had its North American premiere last night presented by New York City Opera.

The difference, though, is that while Wagner’s vast Romantic score still feels fresh and vital, Wuorinen’s expertly crafted music sounds dated and limited in its emotional response to the action (however internal) of the drama.

This may be my limitation as a listener, but the thorniness of Wuorinen’s style—which, don’t get me wrong, can be breathtakingly exquisite—feels cerebral rather than visceral. Blame it on film composers, who have shamelessly mimicked the serialist and post-serialist styles of Wuorinen and his contemporaries, but this music sounded to me edgy, urban, contemporary and sophisticated. If the composer were setting, say, Mulholland Drive or Ex Machina, his style would be ideal.

But Wuorinen’s sudden percussion spasms, virtuoso trumpet riffs and ominious vibraphone shudders lend his lovelorn ranchers an incongruous cosmopolitan air, as if they were riding the range in rumpled tuxedos while knocking back 25-year-old single malt.

Worse, the score overemphasizes the “thwarted” at the expense of the “love.” Musical depiction of the lovers’ fulfillment or contentment is fleeting, which led to a moment of unintentional comedy when their big orgasmic “Liebesnacht” lasted less than a minute.

Ironically, the piece felt all the more flawed in contrast to the meticulous work NYCO put into presenting it. The orchestral sound bristled with energy under the baton of conductor Kazem Abdullah and the production by Jacopo Spirei efficiently sketched in the plot. (It wasn’t his fault if Proulx’s libretto shattered the drama into a dozen scenes in each act, effectively short-circuiting any sense of mood.)

Glenn Seven Allen’s performance as Jack Twist is one of the best things I’ve seen or heard on the opera stage for years. Everything from the timbre of his bright, engaging tenor to his sheer comfort in his own skin expressed Jack’s optimism and sweetness, and—no small matter—every word of the text landed perfectly.

In the more complex role of Ennis del Mar, Daniel Okulitch labored a bit. His was a daunting task: performing an opera role that for much of the evening consisted of little more than brief grunts and kvetching about how he didn’t like living in a town. He got to open up his flinty bass-baritone in his final aria, in which the laconic Ennis suddenly and incongruously became as voluble as a Puccini heroine.

If Brokeback Mountain is a failure, it is at least a challenging and ambitious failure, certainly as worthy of our attention as any number of comfortable successes. 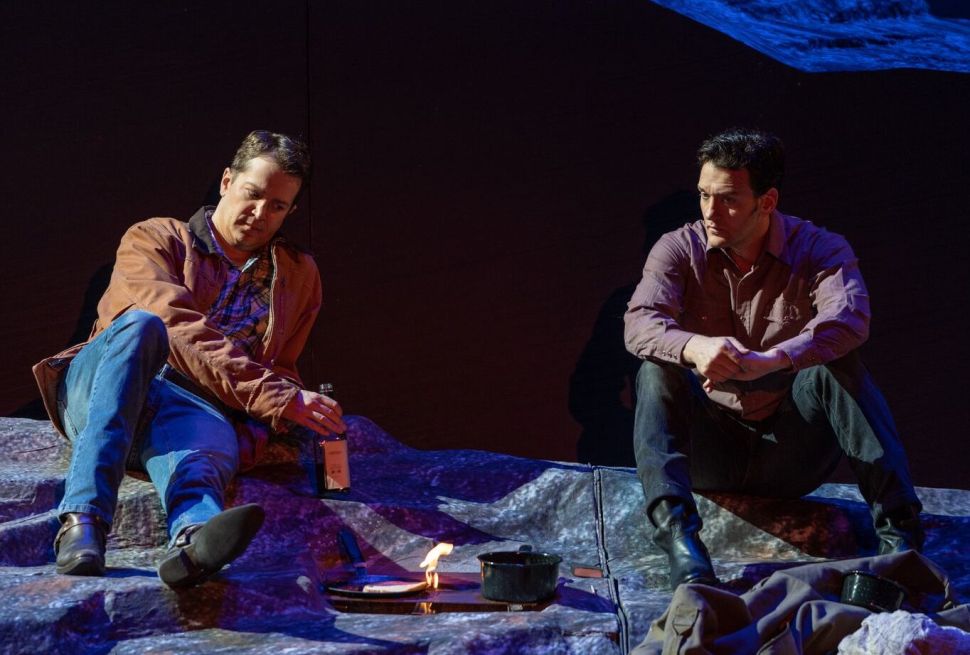