Well, not quite. But the woman behind the most famous car giveaway in history will now the be queen of content at Apple.

It’s not clear what specific programs Winfrey will be working on. But Apple said the slate of shows would “embrace her incomparable ability to connect with audiences around the world.”

Winfrey certainly hasn’t gone into the sunset since retiring from her daytime talk show in 2011. The same year, she co-founded Oprah Winfrey Network (OWN) with Discovery. She now owns (pun intended) 25 percent of the channel through her production company Harpo.

OWN had a slow start, but it now has several hit shows including Queen Sugar and Greenleaf. Winfrey (an Oscar nominee for The Color Purple) has also ventured in front of the camera in recent years in films like Selma and The Immortal Life of Henrietta Lacks.

She joins a parade of producers including Ryan Murphy and Shonda Rhimes who have left traditional media for outlets like Netflix and Amazon.

For its part, Apple has deals with Reese Witherspoon and Jennifer Aniston as part of a $1 billion investment in Hollywood programming. But even they don’t have the same cachet as the Oprah empire.

Apple’s direct-to-consumer video arm doesn’t have a name yet, but the plan is to launch it in 2019. It’s not clear what the service will cost.

The service will likely be distributed through Apple TV. The Journal reports Apple will bundle access to shows with iCloud storage and potentially other services like magazine subscriptions.

Traditional media isn’t going down without a fight, however. Following the AT&T-Time Warner merger earlier this week, the heads of both companies said they would continue to pursue “top talent.”

But one could argue that it doesn’t get more top notch than Oprah—so Hollywood better watch out. 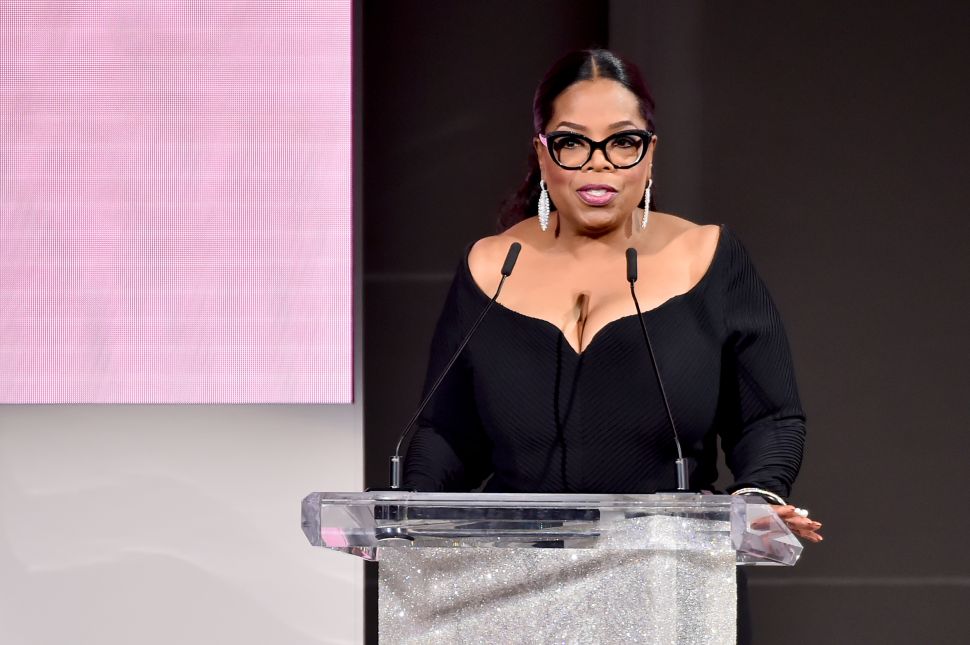