Immediately after Prince Harry and Meghan Markle tied the knot, everyone wanted to know where they’d be going on their honeymoon.

Perhaps they’d go glamping in Africa, where they fell in love? Or maybe they’d venture to Canada, as boring as that might seem. One prevailing rumor was a romantic trip to Ireland (everyone who has seen P.S. I Love You knows its the stuff rom-coms are made of), which—at least according to multiple people attempting (and failing) to visit Ashford Castle—is where they are right now.

Reports on social media have surfaced that the roads around Ashford Castle are closed and security is high. According to one irate tourist tweeter, “The first time I go to ashford castle and we couldn’t get into the actually castle and around it because the ROYALS are within…” and the castle grounds are currently mysteriously closed.

Ashford Castle has a deep history. It was originally built in 1228 and was owned by the Guinness family who lived there until it became a five-star hotel. The Irish estate played host to Pierce Brosnan’s nuptials in 2001 and golfer Rory McIlroy’s wedding in 2017. It’s rumored that Markle previously dated McIlroy, so he might have suggested the hotel.

It’s also possible fellow royal Prince Albert of Monaco weighed in. Prince Albert spent time at Ashford Castle with his now-wife, Charlene, in 2011 as part of an official state visit. And Ronald Reagan, John Lennon, John Wayne and Oscar Wilde have all visited the castle in the past. This wouldn’t be the royal couple’s first visit to Ireland. In March, they visited Belfast.

The newly-named Duchess of Sussex is also currently preparing for a slumber party with Queen Elizabeth on the Royal Train, a musty mode of transport (it’s been in the family since Queen Victoria’s reign) that hasn’t received major renovations since the 1970s. Their Irish digs will be far more elegant, though, if they want a little more privacy (Ashford Castle is open to the public) and don’t mind shelling out 25k a night for their stay, Prince Harry and Meghan Markle could always drop by Ireland’s K Club. 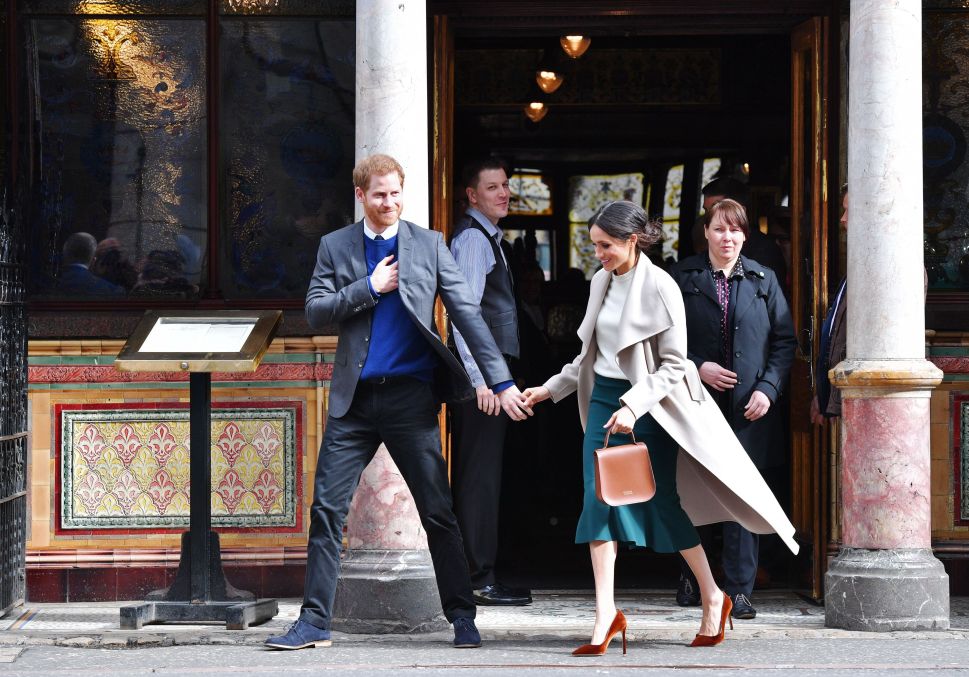