Prince Harry better watch out, because Prince William has a new bro.

This moment of dudeplomacy took place on the first day of Prince William’s five-day visit to the Middle East.

Prince William was traveling throughout the beginning of the game and reportedly begged the photographers capturing his visit to keep the score secret, saying, “On pain of death, please don’t tell me the score.” The CP proved his loyalty to Wills by recording the game so the two could watch together like friends when he arrived.

The 23-year-old Crown Prince is next in line to the Jordanian throne. He officially became Crown Prince in 2009, when he was only 15. Since then, he’s graduated from the British military academy Sandhurst and Georgetown University, where his sister, Princess Iman bint Abdullah of Jordan, is currently enrolled. His mother is Queen Rania of Jordan, who has a whopping 4.3 million Instagram followers.

His mom, Queen Rania met his dad, King Abdullah II of Jordan, at a dinner party. She became the world’s youngest Queen in 1999, at only 28. Before she married into the royal family, she worked in marketing for Citibank and Apple. She and her husband have four children in total, and Crown Prince Hussein is the oldest.

After Prince William and the Crown Prince of Jordan’s relaxing night on the couch, they visited the historic attraction Jerash, a first-century Roman city. Prince William donned his best shades for their sightseeing journey. Hopefully, this creates a lifetime of friendship. Now that he’s a father of three, Prince William deserves some downtime. 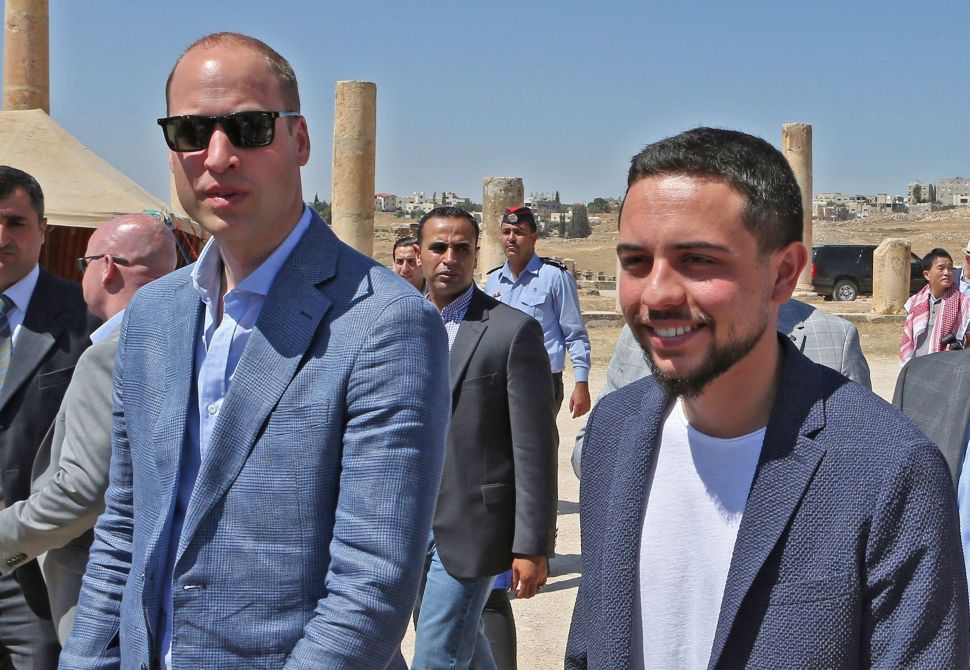