Leonardo DiCaprio or Tobey Maguire, Archie or Jughead, Prince Harry or Prince William—the choice is yours, depending on what you’re into—and it looks like Leonardo DiCaprio’s ex-girlfriend, Bar Refaeli, is team Wills all the way. The Israeli model was thoroughly charmed by the royal during his official visit to Israel on Tuesday.

In what sounds like a celebrity version of Mad Libs, Refaeli declared Prince William “the best looking prince in the world!” at a garden party, after he spent his first day in Israel surrounded by bikini-clad fans. “Willie,” as he was greeted, ventured to a Tel Aviv beach earlier in the day to watch people play volleyball and chat with beachgoers. The Duke of Cambridge, looking super casual, wore the same shades he donned to hang with his new bro, Jordan’s Crown Prince.

The evening party he attended was hosted by British ambassador Mark Regev at his private home. Israel’s Prime Minister, Benjamin Netanyahu, was also a guest. While at the garden party, Prince William met Israeli model Refaeli, who dated DiCaprio for five years, until they broke up in 2011. (Important to note: A five-year relationship with DiCaprio is basically dog years, and equivalent to marriage for the Titanic star, who has been spotted gallivanting with a whole slew of young models since the breakup.)

Some think DiCaprio never fully got over his relationship with Refaeli. Since then, his model girlfriends have gotten younger and younger, culminating in a nightclub date with teen model Juliette Perkins. Pre-Perkins, he was spotted with Toni Garrn (25) and Candice Blackburn (20). He’s currently dating Camila Morrone, a 20-year-old Argentinian model. Bar Refaeli is a more acceptable age, at 33. Perhaps that’s why they broke up—she refused to stay 25 forever.

Don’t worry, Kate Middleton doesn’t have competition and there’s no chance of a DiCaprio reunion. The X Factor Israel host has been married to Israeli businessman Adi Ezra since 2015 and they have two daughters. Perhaps one might be interested in meeting Prince George, though. 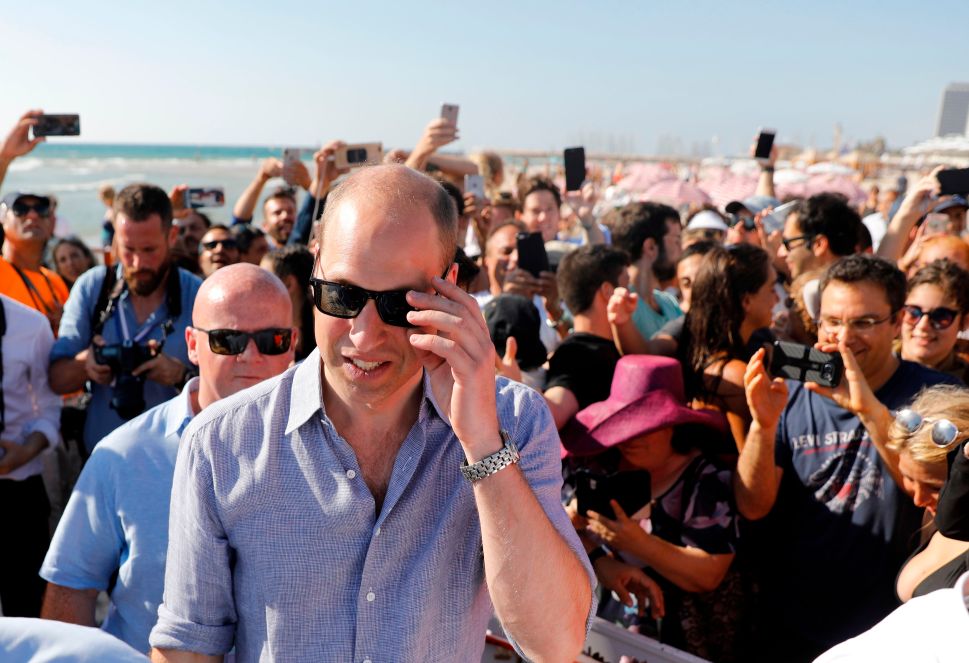