Prince William’s Middle East tour was eventful, including a meet-up with one of Leonardo DiCaprio’s many model ex-girlfriends and a sports session with his new bro, Jordan’s Crown Prince, Al Hussein bin Abdullah II. But his last day was his holiest yet, culminating with a visit to the Western Wall.

Prince William’s historic (albeit apolitical) visit was extremely important since the royal family unofficially boycotted the Middle East for 70 years.

Despite remaining apolitical, he met with Prime Minister Benjamin Netanyahu at the Prime Minister’s Residence in Jerusalem on June 26. He was impressed with Israel and especially Tel Aviv. He praised Israel’s “innovation, diversity, talent and excellence” and compared it to England.

Prince William’s visit is also a personal one. His family have close connections with #Jerusalem. The tomb of his great grandmother, Princess Alice, is in the Russian Orthodox Church on the Mount of Olives. pic.twitter.com/wdXE8XD6V0

Wills spent time today at the Western Wall in Jerusalem’s Old City, where he wore a yarmulke, taking our prior advice about potential headwear. He also visited his great-grandmother Princess Alice’s tomb in the Russian Orthodox Church.

Willie wasn’t the only one to cause a commotion at the Western Wall this week. Belgian model Marisa Papen posed nude with the holy site in the background, in an extremely controversial move.

And while he partied in Tel Aviv with one of DiCaprio’s exes, the rest of his trip was far more serious. The Duke of Cambridge penned a moving note when he visited Yad Vashem, the World Holocaust Remembrance Center, which was in direct contrast to Donald Trump’s brief message when he was there in May.

The leaders could discuss their shared experiences if they end up meeting in July when Trump is set to visit Queen Elizabeth at Buckingham Palace. Meghan Markle’s disruptive dad will certainly have much to say about it. 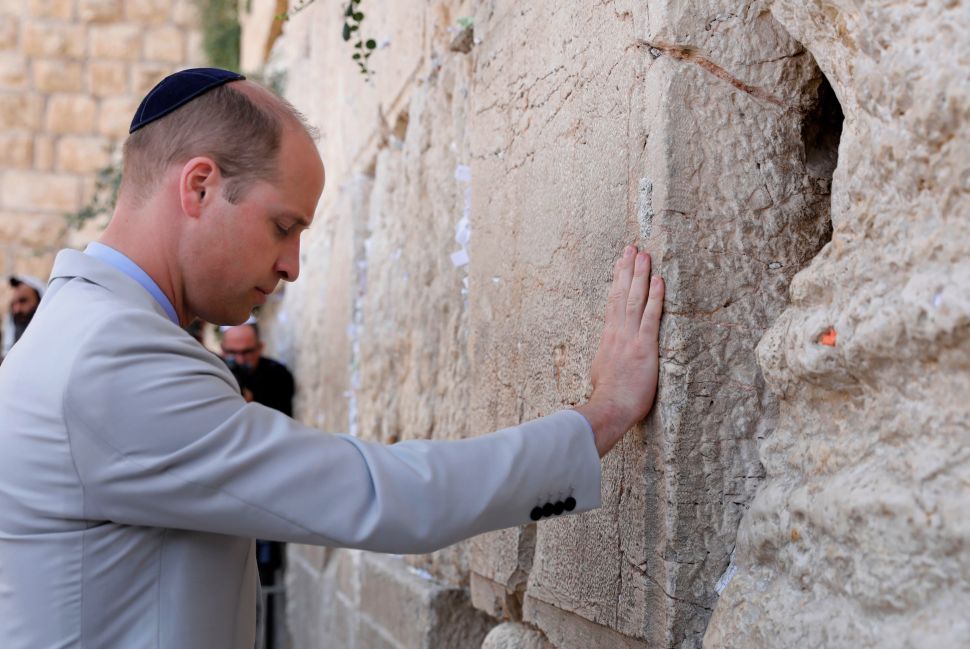