The stocks of two of the world’s biggest private prison companies are outperforming the market amid the current immigration crisis.

Despite a small dip in the Dow Jones Industrial Average by 0.14 percent on Wednesday, the GEO Group and CoreCivic both saw their stocks increase 1.79 percent and 3.18 percent, respectively. Both corporations work alongside Immigration and Customs Enforcement (ICE) to operate detention centers holding immigrants.

The rising stock prices follow the announcement of a Republican compromise bill on immigration that is expected to pledge the construction of family detention centers from a $7 billion budget allocation—a workaround to the White House’s “zero tolerance” policy supported by House Speaker Paul Ryan.

“The proposed solution being floated to them is more family detention,” immigration attorney R. Andrew Free, who first noticed the rising stocks on Twitter, told Observer. “On their stock calls, their corporate representatives mentioned these contracts are very good and very profitable and provide a new source of revenue.”

Trump on Wednesday signed an executive order that halts his administration’s practice of separating children from their parents, while committing resources to building detention centers capable of housing families.

“We’re going to have strong, very strong borders, but we are going to keep the families together,” said the president. “I didn’t like the sight or the feeling of families being separated.”

Both the GEO Group and CoreCivic supported Trump’s presidency. The companies donated $250,000 to Trump’s Inaugural Committee, with GEO having donated $225,000 to a Trump Super PAC during the 2016 election. 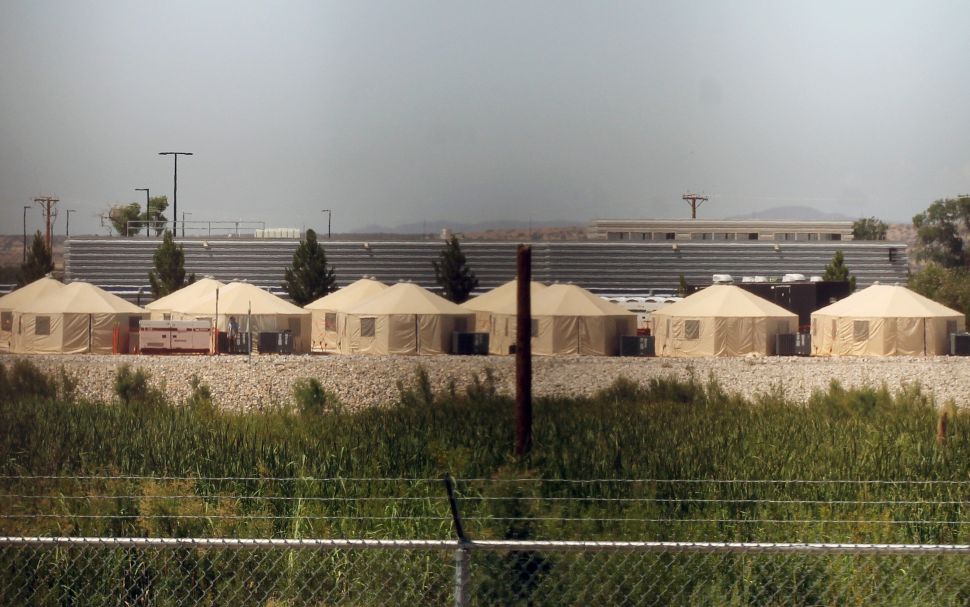