2018 is officially the year of the super fast celebrity engagement…and it’s only July. Just ask Ariana Grande and SNL‘s Pete Davidson who dated for approximately one minute pre-engagement or The Bachelor‘s Ashley I. and Jared Haibon who made it official after mere months together.

The latest couple rumored to have prematurely put a ring on it? Boy bander Nick Jonas and Bollywood star Priyanka Chopra.

After the unlikely pair wore matching rings on a trip to India, their tête-à-tête became a Twitter moment.

They were pap snapped on a dinner date at Mumbai’s Yauatcha restaurant (the small chain is in Houston if Americans want a taste), with Chopra’s mother in tow. They also attended a pre-engagement party for India’s richest man’s son, Akash Ambani.

The rumors started up because the J. Bro was meeting the parents, they were wearing correlating jewelry and every other celebrity seems to be getting engaged in a matter of minutes.

Of course, this isn’t the first time they were caught canoodling. They attended a Beauty and the Beast Live show in May and went to a Los Angeles Dodgers game that same weekend in their endless quest for true love. Earlier in June, the JoBro introed the Quantico actress to his own family at his cousin’s wedding in Atlantic City. That’s certainly a whole lot of wedding bells for such a quick courtship.

If they get married, hopefully, Chopra’s good friend Meghan Markle will be a bridesmaid. That would definitely be the first time the royal family overlapped with the Jonas Brothers. 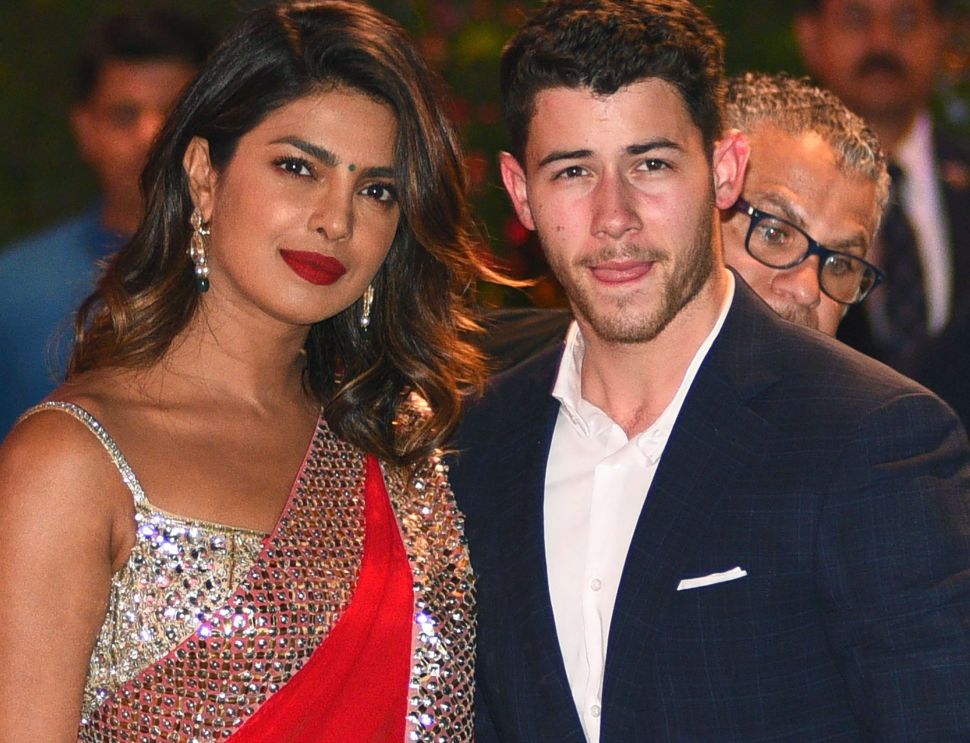