The first step in intercepting would-be terrorists is to throw out the window superficial assumptions about their criminal profile.

Painting an accurate picture can start by studying the observations of those closest to the men and women who decided to hit the jihad trail, revealing a pattern of characteristics apparent even when you can’t dig inside the terrorists’ heads for motive.

New research into these patterns reveals some surprises that can help guide not just law enforcement in spotting terror recruits but—more importantly, as families and acquaintances are the first line of detection—civilians in making wise “see something, say something” observations.

The report released last month from Amarnath Amarasingam at the Institute for Strategic Dialogue and Lorne L. Dawson at the Canadian Network for Research on Terrorism, Security and Society and University of Waterloo surveyed families and friends of 27 men and three women who left their countries to travel to Syria and Iraq to fight for ISIS. Tens of thousands of foreign fighters streamed there from across the globe to be part of Abu Bakr al-Baghdadi’s now-cooked caliphate, including about 5,000 from Western nations.

Who knew that jihadists were regularly in touch with the fam back in their home countries? In fact, nearly three-quarters of the foreign fighters in this study kept in contact with relatives or friends even after running off to join a terrorist group.

Forty-three percent were not raised Muslim. Most graduated high school or college. Most didn’t come from dysfunctional families or impoverished conditions. Most were described as “good kids” by their families—in fact, some reported “positive changes” as, unbeknownst to them, their children were being radicalized, such as putting down the weed or acting more focused. Many were also described as having “a strong orientation to action, to adventure and risk,” which underscores why ISIS deploys fast-paced recruitment films that sometimes rip off video game footage.

And, as we’ve seen anecdotally with many cases of lone jihadists—such as Boston Marathon bomber Tamerlan Tsarnaev, who veered from hard partying to freaking out at the neighborhood grocer for selling un-Islamic halal turkeys for un-Islamic Thanksgiving—it’s not about how often they are or aren’t praying at the mosque, but sharp changes in one direction or another in what we’ll call “show piety.”

“He used to go out drinking with his friends and suddenly just stopped all that. My husband is a Muslim, but he drinks. My son used to lecture him about taking away the beer and the wine from the home,” one mother of an American ISIS fighter told researchers. “That’s when I also noticed that he started to pray. He never used to pray before.”

The mother requested full anonymity for the study, but said she regretted not being able to go public—with fears that she could lose her job, her family would be harassed, etc.—to be an activist on the issue and help other families avoid the fate of losing a loved one to the ranks of al-Qaeda, al-Shabaab, ISIS, and the likes.

So what’s the takeaway in terms of a profile? The report pinpoints as ripe for recruitment “individuals who are experiencing an acute emerging adult identity struggle, with a moralistic problem-solving mindset, that is conditioned by an inordinate quest for significance (to make a difference in this world), that is resolved by believing in a (religious) ideology and participating in a fantasy (literally) of world change, that is consolidated by the psychological impact of intense small group dynamics, and perhaps the influence of charismatic leaders, resulting in a fusion of their personal identity with a new group identity and cause.”

Notice we’re not talking about ethnicity or country of origin here, because terror groups with limitless online reach can and do recruit anywhere. As much as Starbucks was mocked in some quarters for closing its stores to hold company-wide anti-bias training, this type of training could do wonders to guide people away from useless profiling and to the real national security red flags.

Bias may say look for the migrant from the Muslim-majority country, but in that case you may have to look up the side of a Paris building to see Malian Mamoudu Gassama scaling balcony to balcony to save a dangling toddler from falling—a heroic action that he undertook knowing the choice would bring attention to his illegal status in France.

Meanwhile, native Belgian Benjamin Herman was a career criminal who shot and killed three people during a temporary release from prison—where authorities say he was likely radicalized. Since the attack, Herman has become an ISIS poster boy as they claim their “soldier” and call on other would-be lone jihadists to follow in his footsteps and ensure “what is coming will be more wretched and more bitter.”

His criminal history included violence, he had a recent marked change in religious observance or beliefs, and he was susceptible to gang recruitment—taken together, these are indicators that Herman may not have intended to behave on one of his temporary releases. But how many people would have picked Gassama, who will now be saving even more lives in his new job with the fire brigade, as their apartment building’s terror threat over the actual ISIS fanboy Herman?

This many years into the war on terror, too many folks still focus on appearance or origin when picking out terror suspects, yet especially as terror groups cast a wide recruitment net it’s essential to profile based on behavior.

The patterns spotted by researchers take a bit more diligence to detect, but it’s important that the message gets across—researchers found that families who saw media coverage on ISIS recruiting methods had more of a light-bulb moment when it came to recognizing the terror transformation taking place. And while that particular person choosing jihad may come as a shock to those around him or her, that’s exactly what terror groups are looking for—recruits who break the mold of tired stereotypes and arouse less suspicion among civilian tipsters and even their families. 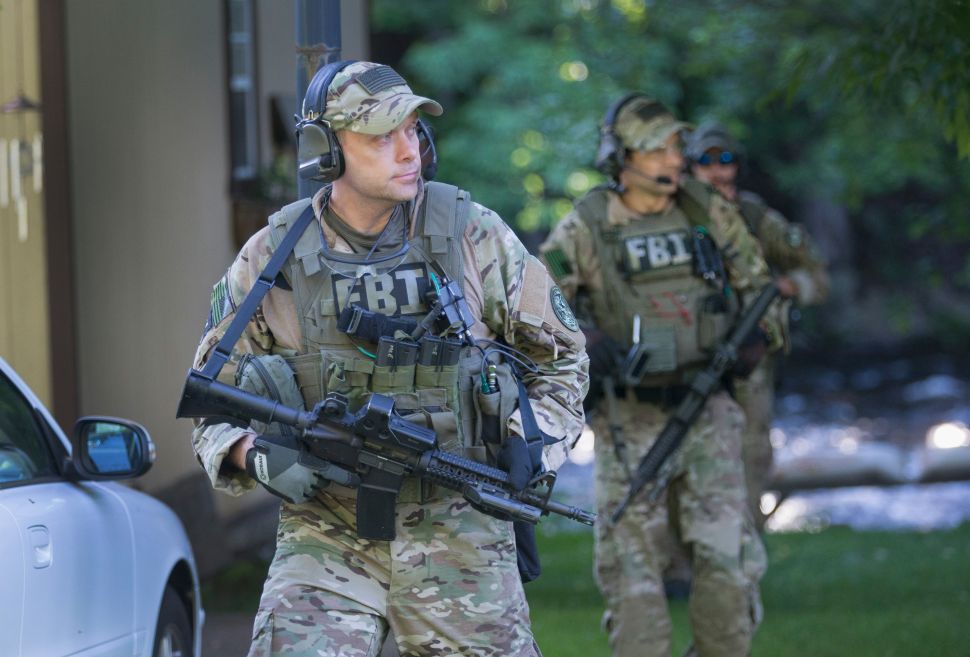