According to a report from 6abc, a single-engine plane landed on a restricted U.S. Coast Guard beach in Cape May County, New Jersey, around 8 p.m. on Sunday. For most of Monday, the plane remained on the beach as authorities searched for the missing pilot.

The Federal Aviation Administration (FAA) stated that the Piper PA12 aircraft was taken from Paramount Air, an aerial advertising company, in the Green Creek section of Middle Township. The president of Paramount Air Services and owner of the plane, Barbara Tomalino, stated that the banner-towing aircraft was taken without permission after work hours by an employee on Sunday.

The name of the employee has yet to be released, but according to 6abc, Tomalino has identified the pilot as her stepson. She reportedly has “no idea why he did this,” but she is cooperating with authorities investigating the situation. She also noted that no one has heard from him since Sunday evening.

Local police are now handling the hunt for the missing pilot.

The Coast Guard training center was placed under “heightened security” after surveillance cameras recorded the plane landing on a secured beach on the southeast side of the facility at 7:52 p.m.

Families who spent their Sundays at the beach in Wildwood reported seeing the plane flying erratically, very close to the surface of the ocean. On Monday afternoon, The Cape May Star and Wave reported that crews had begun removing the wings from the banner airplane so it could be transported off the beach. 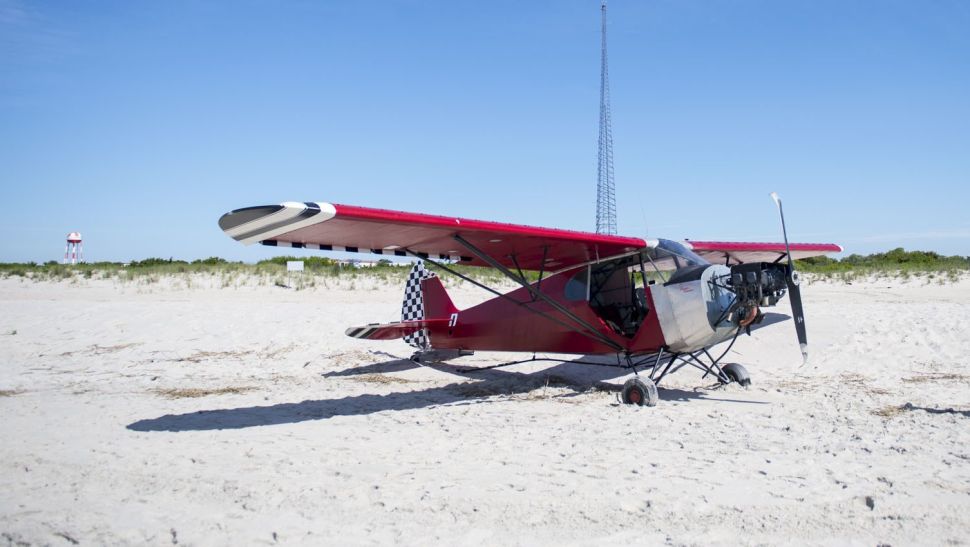