In just one of the many dumbfoundingly longwinded and idiotic exchanges in First Love, a new off-Broadway debacle by the dreadful playwright Charles Mee at the Cherry Lane Theatre in Greenwich Village, two over-the-hill senior citizens discuss the good old days (“Ferlinghetti, Gandhi, Lenny Bruce, Kerouac, Patti Smith…where have all the heroes gone?” “We lost a lot when we lost Communism”). Oy vey. One man’s nostalgia is another man’s nightmare.

On a stage the size of a No Parking sign, a shabbily dressed man approaches a green park bench and lies down to take a nap. A bizarrely attired woman approaches, wakes him up, and demands to sit down. It is hate at first sight.

For the duration, the park bench serves as a table, a bed, and a perch from which the two people babble an incessant load of meaningless gibberish that forced me and everyone around me to gaze repeatedly at our watches.

“You’re born, you die, and in-between you’re lucky if you get one great love,” says the woman. He grabs a microphone and sings “I Love You—For Sentimental Reasons” in several keys beyond recognition. She follows with “Bewitched, Bothered and Bewildered”. Then they join together for no cognizant reason on “September Song” while a third character, nameless for good reason, dances across the backdrop in pink fur carrying a red umbrella. At one point, a window opens, she thrusts her head in, and sings “Young at Heart” like a spastic crow.   It goes on, oblivious to all of the lights from wrist watches and cell phones to check the time. The man confesses candidly he likes to rub buttocks with another person’s buttocks. The woman says she prefers feet. You can’t make up this stuff.

“What could you possibly write about this dog?” asked a perfect stranger on my way to the exit. You got me.

First Love is described, in a program note, as a play about the possibility of love at any age, but it’s less romantic than a fever blister. Aside from the consummate stupidity of words dumped into a word processor by the author for no other reason than to see his own voice land in total silence, and the stillborn direction of someone called Kim Weild, there’s nothing much to acknowledge here. Except this: the two stars are Michael O’Keefe and Angelina Fiordellisi, two terrific and accomplished actors who have thrilled me on other occasions.

After rocketing to critical acclaim as the tortured teenage son of a demanding career Marine (Robert Duvall) who declares war on his family at home in the memorable gem of a film, The Great Santini (1979), O’Keefe never achieved the predicted stardom he deserved. But as a mature adult with thinning hair and an expanding waistline, he is still charming and fearless. The reliable Fiordellisi, one of the seasoned treasures of the professional New York theater community, is experienced and wise.

So what are they doing in this ill-advised detour from career enhancement?

It’s embarrassing to watch two distinguished artists playing meatheads beyond their prime, stripping down to their underwear and dancing in semi-nude pulchritude around a barbecue grill. It’s even worse to see them trapped in a ludicrous waste of time and talent by a writer of such ineptitude. It’s not their fault that they both look so foolish. It’s your fault if you join them in their summer of misguided discontent. 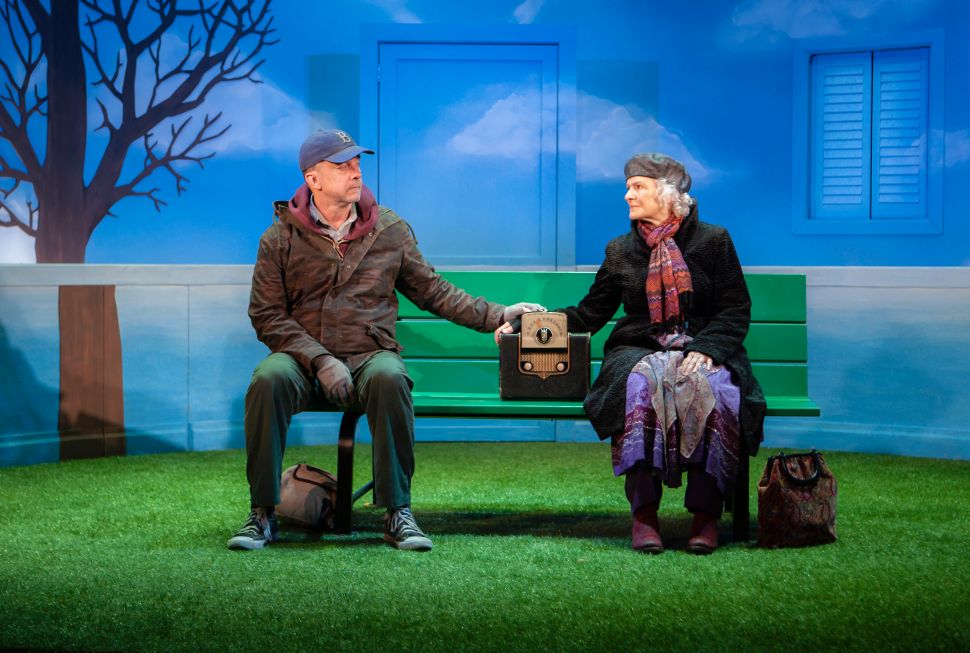