On Monday morning, the president of the United States directed his followers to harass the owner of a small business. His tweet, which would read as an absurdist Yelp review if it weren’t for the implied menace behind it, focused on the Red Hen restaurant in Lexington, Va. The restaurant, now famous for politely asking White House Press Secretary Sarah Huckabee Sanders to leave last week, has become a focal point of Trumpist ire to the extent that other, unrelated restaurants of the same name around the country are reporting suffering harassment themselves.

“The Red Hen Restaurant should focus more on cleaning its filthy canopies, doors and windows (badly needs a paint job) rather than refusing to serve a fine person like Sarah Huckabee Sanders,” he wrote. “I always had a rule, if a restaurant is dirty on the outside, it is dirty on the inside!”

This is a surprisingly subtle rhetorical play from Donald Trump, not typically known for his restraint—or for his cleanly restaurants—but the implication is nonetheless clear: Did you see the way the restaurant looked? They must have been asking for it.

It’s been well established that Trump is a textbook bully, one who traffics in the psychology and manipulative manner of the abuser. His conflation of the restaurant with filth is a common tactic of his, much like referring to immigrants as animals who are “infesting” and “invading” the country. When he frames the object of abuse as dirty or unclean, whether it’s a restaurant, an immigrant, or a woman, it becomes a lot easier for people to justify their suffering.

What’s worse, as The New Yorker noted earlier this month, Trump regularly attempts to absolve himself from responsibility for his abusive actions by shifting the blame to others. “I don’t like the children being separated from the parents. I don’t like it. I hate it. But that’s a Democrat bill that we’re enforcing,” he said recently. There is no such law, of course, and the Democrats have done no such thing, but in the curdled fog of the abuser’s mind, it’s always someone else’s fault. I didn’t want to hurt you, but look what the Democrats made me do. Look what you made me do.

This is a stance that comes naturally to far too many people, Trumpists in particular. You’ll find no shortage of it going on at the moment as the debate surrounding the separation of children from their parents at the border goes on. Unmoved by images of children held in cages or being flown around the country in the middle of the night, the abusive mind erases the harm being done and instead shifts the onus back onto the abused. Well, they shouldn’t have tried to come into the country illegally if they didn’t want to lose their kids, the argument goes. It’s the same framing that happens in the comments section of any news story about a high profile sexual assault. Was she drunk? Why was she out so late?

This is, of course, a corrosive and hateful way to perceive the world, but the ongoing discussion about the Red Hen denying Sanders service, along with similar incidents in which Kirstjen Nielsen, Stephen Miller, and Pam Bondi were heckled or driven out of public spaces for their complicity in Trump’s border policy, has invited another layer of enabling behavior into the discussion: The dispassionate arbiters of civility.

Let the Trump team eat in peace, the Washington Post editorial board argued over the weekend.

“Those who are insisting that we are in a special moment justifying incivility should think for a moment how many Americans might find their own special moment. How hard is it to imagine, for example, people who strongly believe that abortion is murder deciding that judges or other officials who protect abortion rights should not be able to live peaceably with their families?” they wrote, leaving out the fact that this is already a regular part of life for people seeking abortions and the doctors who provide them. Just this week, a woman in Arizona wrote about how she was denied a prescription to induce a miscarriage, after her doctor told her that her fetus would stop developing, by a pharmacist who didn’t want to fulfill the request. Walgreens defended the phramacist’s decision.

Elsewhere on the respectable right and center this mealy mouthed appeal to civility abounded. Panelists across the cable news spectrum over the weekend and into today held Very Serious and Concerned discussions about what this erosion of civility means for the fate of the country. More than a few have compared Sanders’ going home with a hungry stomach to Jim Crow laws. Today on CNN, Kate Bolduan scolded guest David Leopold, an immigration attorney, for calling Stephen Miller a white nationalist. “I don’t know if you want to go as far as—I mean, let’s not…,” she responded. “I just did an entire segment about civility here.”

“I guess we’re heading into an America with Democrat-only restaurants, which will lead to Republican-only restaurants,” Ari Fleischer, the lying salesman of the Iraq War asked. “Do the fools who threw Sarah out, and the people who cheer them on, really want us to be that kind of country?”

His Obama era counterpart, David Axelrod, echoed the same sentiment. “Kind of amazed and appalled  by the number of folks on Left who applauded the expulsion of @PressSec and her family from a restaurant,” he tweeted. “This, in the end, is a triumph for @realDonaldTrump vision of America: Now we’re divided by red plates & blue plates! #sad”

It’s the language of the police. Stop resisting. It’s only making things worse for you.

This is why Donald Trump won, they say. No, not because of his actions or those of his supporters, but because the people who oppose him are opposing too vigorously.

The Atlantic’s Conor Friedersdorf cut to the point of it all: “If civility were more highly valued in our political culture Donald Trump would not be president. If it becomes significantly less valued in the next two years he is a shoe-in for reelection.”

In every case of domestic abuse there are three parties: the abuser, the abused, and the bystanders who either looked away while it was transpiring or somehow convinced themselves that perhaps the abused had it coming. In each case, the decision to abstain from helping is a means of self-preservation, not wanting to get involved in all that messiness. And besides, every argument has two sides, right? She can be a bit much sometimes.

What the likes of Friedersdorf are doing is saying exactly as much: You asked for it, Democrats. This is your fault. If you keep standing up to Trump and his hateful administration, you’re just going to be getting more. Stop getting up so I don’t have to keep knocking you down. 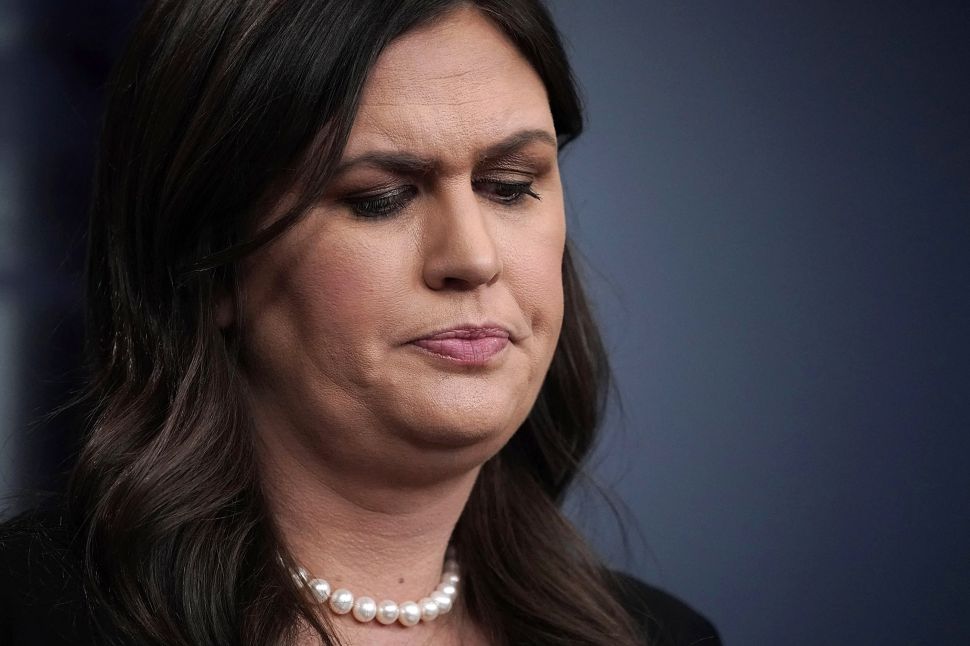