The historic Singapore summit provided President Trump some political capital ahead of this year’s midterm elections.

According to a Reuters poll published on Wednesday, over half of Americans approve of President Trump’s handling of North Korea. Of the 400 Democrats and 400 Republicans surveyed, 51 percent acknowledged the president’s role in bringing North Korea to the negotiating room—with 39 percent believing the summit lowered the threat of nuclear war between the two countries.

“We are not talking about preemptive nuclear strikes today. We are further from nuclear war than a week ago,” Ford O’Connell, a professor of political management at George Washington University and the managing director of Civic Forum Strategies, told Observer. “This is a good thing in the base of his party.”

Ahead of the Singapore gathering, another poll released by the University of Maryland showed a third of Americans—including 17 percent of independents—saying the lead up to the summit “gave them a more positive view of Trump, compared with 14 percent who said it created more negative feelings.”

“One of the reasons being put out as a reason not to vote for him, was his lack of foreign policy knowledge,” explained O’Connell. “What we’re seeing here is that foreign policy, at least at this juncture, is not the weakness for him that many thought it would be. In many ways he’s trying different things, particularly on trade. A lot of people don’t like the tactics he’s taking, but they are interested in the possible results he could be getting.”

“Essentially, the takeaway is: ‘Here’s someone who tried a different approach to an intractable problem where we failed on previous occasions.’ Overall, as of now, it is a net plus,” added the professor. 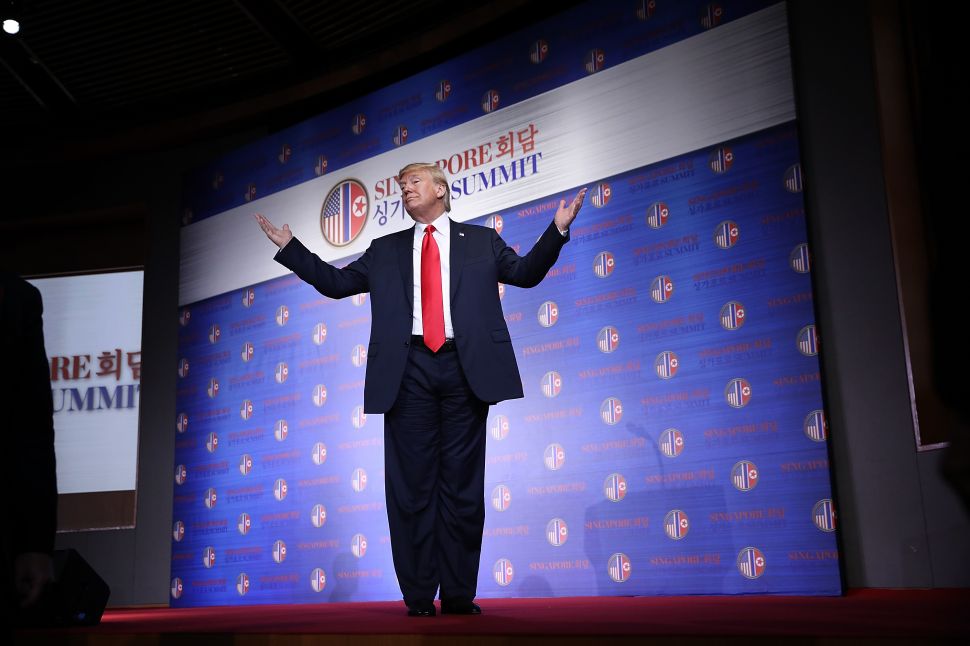