Citing a New York Times report accrediting Miller as the driving force behind the Trump administration’s immigration crackdowns, Splinter released Miller’s number so activists could “get ahold of him long enough to have a productive discussion.”

“We all know that Donald Trump is a great fan of facilitating direct feedback from the public, because he personally published the cell phone numbers of both his Republican primary opponent Lindsey Graham and Univision anchor Jorge Ramos,” said Splinter. “So it is fair to assume he would support the public’s right to call (or text) Stephen Miller.”

Like the president, Splinter’s parent company Gizmodo Media Group, which is currently operated by Univision, occasionally doxxes its opponents: During the 2016 election, the organization published then-candidate Donald Trump’s cell phone number through the now defunct-Gawker.

Shortly after Miller’s number went live, one of the site’s political reporters was temporarily banned from Twitter for promoting the piece, according to a screenshot posted by Huffington Post’s Ashley Feinberg.

libby would like everyone to know that her account got suspended and also that she thinks she has fans pic.twitter.com/B2bzq9Wx7b

When we called the listed number for Miller, it had been disconnected.

Neither Univision nor Libby Watson, Splinter’s politics reporter, responded to Observer’s request for inquiry by the time of publication. 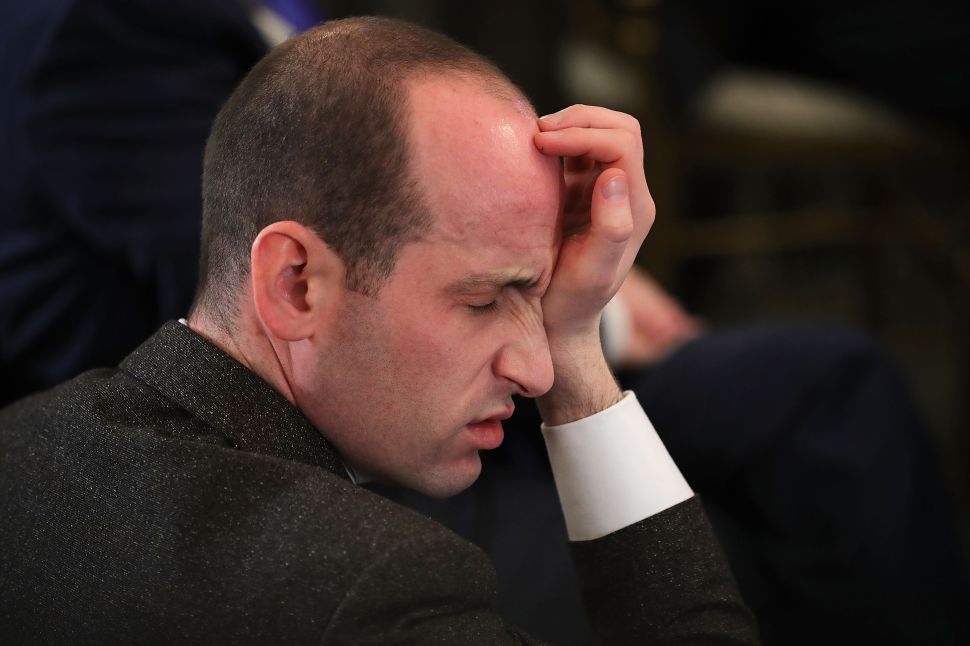