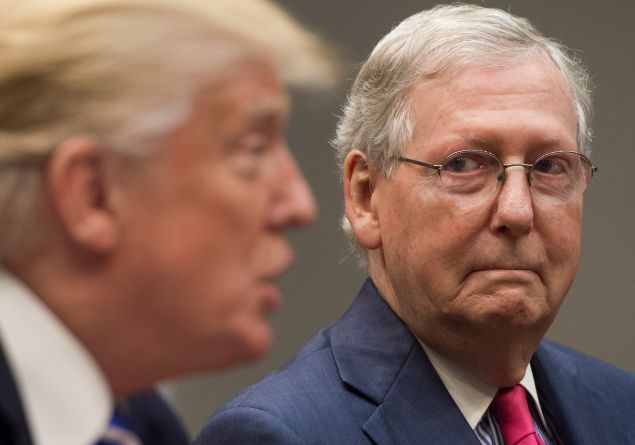 Should Senate Majority Leader Mitch McConnell delay or be unable to rally the votes necessary to confirm President Donald Trump’s Supreme Court nominee, a midterm election that could change the leadership of the Senate would be hugely important. Democrats are already trying to capitalize on this new potential for rallying their base by lying about what McConnell said of such nominations in 2016.

In February of that year, shortly after Justice Antonin Scalia died, McConnell declared, “The American people‎ should have a voice in the selection of their next Supreme Court justice. Therefore, this vacancy should not be filled until we have a new president.”

Democrats such as Sen. Tammy Duckworth have repeated McConnell’s first sentence (without including the second) to claim it would be hypocritical of the senate majority leader to confirm a new justice until after the midterm elections. Other Democrats, such as 2020 hopefuls Sens. Kirsten Gillibrand, Kamala Harris, Bernie Sanders and Elizabeth Warren, also asserted the false claim that McConnell was referring to any election. Senate Minority Leader Chuck Schumer said it would be “the absolute height of hypocrisy” if McConnell didn’t wait until after the midterms.

Even left-leaning “journalists” repeated the lie about what McConnell said.

Will be interesting to see how some GOP senators rationalize the idea that it’s suddenly now ok to debate an open SCOTUS seat in an election year. They may fully pull that hypocrisy muscle.

McConnell made it very clear in 2016 that he was talking about who gets to nominate the justice, not who in the Senate gets to confirm that nominee. In February 2016, it was already clear that Trump was going to be the GOP nominee, and almost no one in the media (or even among Republican National Committee members) thought he had a real chance against Hillary Clinton. McConnell definitely used the Supreme Court picks as an election tool—and it worked.

Exit polls found that 21 percent of 2016 voters considered appointments to the Supreme Court to be “the most important factor” in their voting decision. Fifty-seven percent of those voters chose Trump. Just 40 percent chose Clinton.

If this trend of conservatives being motivated to vote by SCOTUS openings continues through the 2018 election cycle, Republicans might keep or even expand their majority, since Democrats are defending more seats than Republicans this year. There are currently eight “toss-up” elections in the Senate—and five of those seats are held by Democrats, some in fairly red states.

If Democrats were to flip that Supreme Court advantage and win a majority in the Senate, they would only be able to obstruct confirmation until the next election (leaving the Supreme Court with just eight justices for two years). This is an attractive solution for those fearful that a Trump Supreme Court would overturn Roe v. Wade.

Three Democratic senators up for re-election in red states voted for Neil Gorsuch, Trump’s first Supreme Court pick: Sens. Joe Donnelly, Heidi Heitkamp and Joe Manchin. If they were to be re-elected, they might feel emboldened to vote against another Trump nominee, but voters might remember that even six years from now.

And we must remember, as further proof that McConnell was talking only about presidential elections, that Justice Elena Kagan was nominated and confirmed in 2010, a midterm election year in which Republicans took back the House. Five Republicans voted for Kagan.

This nomination was also during Obama’s first term as president. Republicans chose to delay another nomination at the end of his lame-duck term.

The pressure is on for Trump to nominate a new justice soon, and Republicans will have to work quickly to confirm that person. But right now, it looks like they’re up for the task of preventing the nomination from becoming a midterm issue (which they may or may not lose on).

Democrats probably should have worked harder to force Clinton to run a proper campaign built around winning the electoral college instead of bolstering the popular vote in states she was never going to win. Then she would be the one picking nominees. 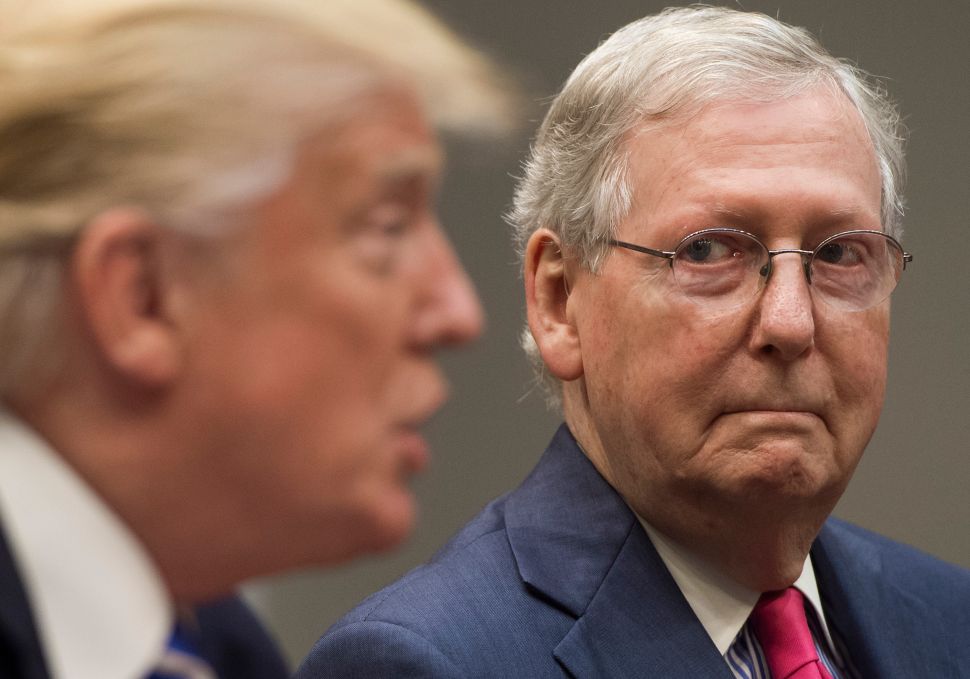